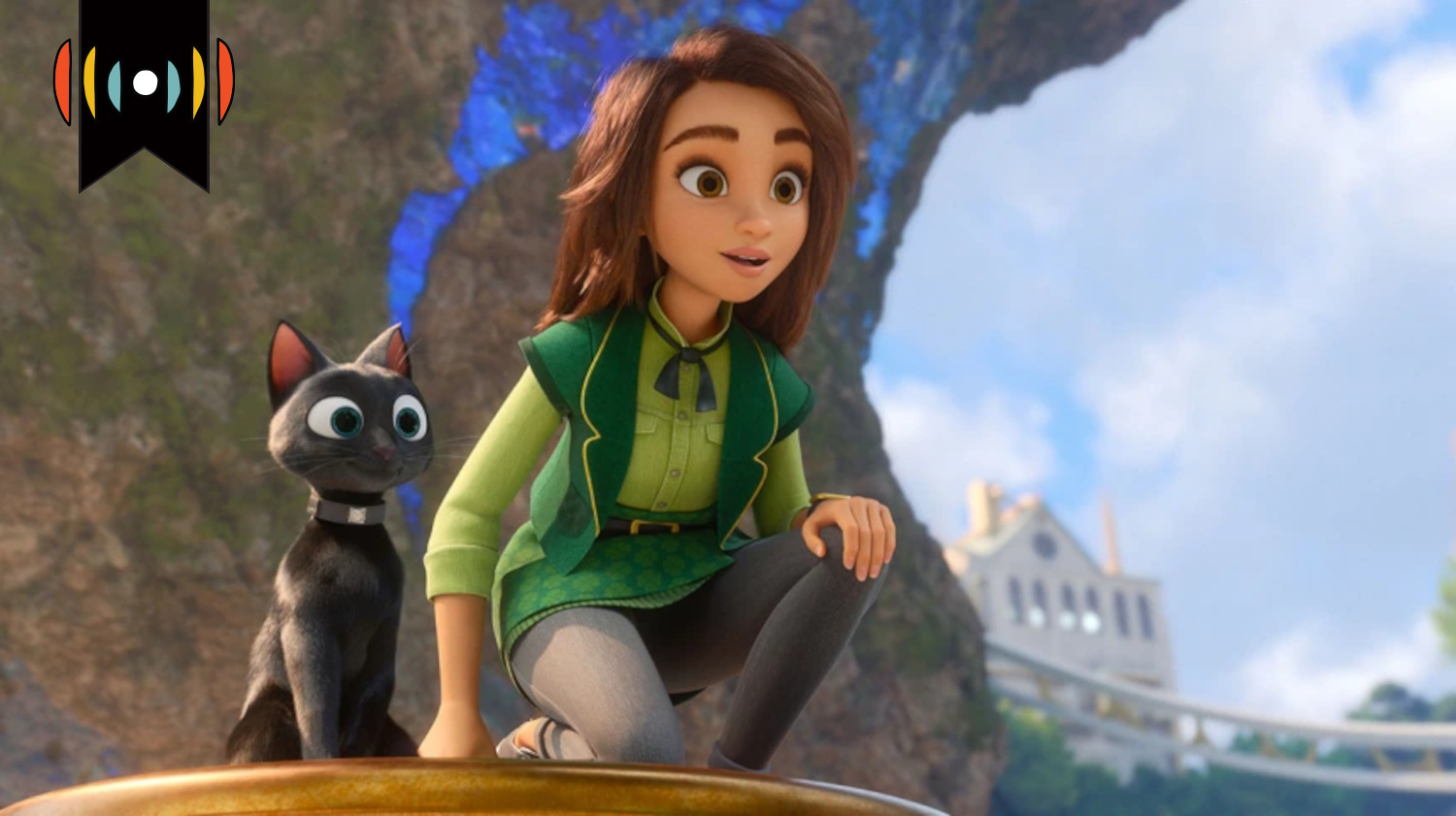 MYRNA BROWN, HOST: Today is Friday, August 5th. Thank you for turning to WORLD Radio to help start your day.

PAUL BUTLER, HOST: And I’m Paul Butler. Coming next on The World and Everything in It: A new animated movie on Apple TV+ called Luck is gaining attention.

It's the first movie produced by Pixar co-founder John Lasseter since he lost his job at the studio in 2018.

BROWN: Christians believe all things come from the hand of God, so can a movie about luck be as good as Lasseter classics like Toy Story and Cars? WORLD’s Arts and Media editor Collin Garbarino says the movie might not have the same magic as Pixar’s best, but it’s still a fun option for families looking for a movie they can watch together. And it has a better message than its title implies.

Hazel: Find a penny, pick it up…

Hazel and Sam: And all day long you’ll have good luck!

COLLIN GARBARINO: Bad luck follows Sam Greenfield, voiced by Eva Noblezada, wherever she goes. She’s a young woman who’s just aged out of the foster care system. She’s trying to make it on her own, but nothing ever seems to go her way. Despite her unlucky breaks, Sam really just wants to help her younger friend Hazel who’s still in foster care find a family of her own.

Sam: She’s meeting a new couple on Sunday. If I could just give her a little good luck. But you can’t give someone something you’ve never had. Still, if I could, and if good luck was something you could actually hold in your hand, I’d give it all to Hazel that maybe she could find a forever family and not end up alone like me, sitting on a curb, talking to a cat. Oh!

That cat leaves behind a lucky penny that changes everything for Sam. She wants to give the penny to Hazel, but as luck would have it, she loses it before she can pass it on to her friend.

Sam: It was you. You gave me that lucky penny. Please, I just need one more. Wait, wait, come back!

Sam pursues the cat through a magical portal into the Land of Luck. The place from which all good luck flows. It’s a magical world populated almost entirely by cats, bunnies, and leprechauns.

Bob: What manner of crazy human are you?

Sam: What kind of a crazy talking cat are you?

Bob: A lucky Scottish one, obviously.

Sam: Is this Scotland?

Bob: No! And humans cannot be here!

The black cat is named Bob, and he’s voiced by the funny Simon Pegg. Sam needs a lucky penny from Bob, and Bob needs Sam to leave the Land of Luck before he gets in trouble for having a human follow him home. The two decide to work together. But having the unluckiest girl in the world walk through the Land of Luck tests Bob’s patience.

Bob: Just how unlucky are you?

Bob: Well, I wish you would have made that clear before we shook on our little deal. Oh! Hi, guys. Hi there! Just checking on the rail grips. There is no unlucky here. So, if you want that lucky penny for your wee friend you best start blending in.

Luck doesn’t break a lot of new ground. But the movie has some creative elements and likable characters. The animation is solid, though not eye popping. The voice cast is good. Luck is a pleasant and entertaining film, free of objectionable content. It’s a rare movie these days that has both a G-rating and a plot.

Jerry: So, this is Good Luck R&D where good luck is created.

Scientist: Finding your lost wedding ring in the brownies. Shirley always comes up with the best stuff.

Sam: Wait. They actually think up the good luck? Yes, those two work in Happy Accidents, one of the many good luck departments like Lucky in Love, Front Row Parking Spot, Right Place Right Time. You humans love that one!

We all know luck doesn’t come from a magical land of leprechauns, but Christian parents might want to have a conversation with their kids about the difference between believing in luck and believing in the providence of God. Nothing is as random as it seems.

But while luck is central to the movie’s plot, this isn’t really a story about luck at all. I got the chance to interview the film’s director Peggy Holmes. She told me about how the inspiration for her and co-writer Kiel Murry came from talking with real kids in foster care.

PEGGY HOLMES: Kiel and I were able to meet with these young adults who had lived very similar lives to Sam—these men and women who have grown up in foster care systems and have aged out and are alone in their world now in their twenties. And they were so positive and hopeful and generous of heart. And we were so inspired by them. And we were like, that’s the story. That’s the story for Sam. Is that through her generous heart, and she comes upon a little bit of good luck, and she doesn’t use it for herself. She uses it for Hazel, right? She uses it for a friend. We thought that is so beautiful and so true to who these people were.

Holmes told me she wanted to tell a story about sacrifice and finding love and family. In this movie, luck is a metaphor for life’s circumstances outside our control. We might not be able to control our circumstances, but we can determine how we’re going to respond to them. And that’s a message both children and their parents can take to heart.