Five months into the Russia-Ukraine war, does either side have a clear path to win? 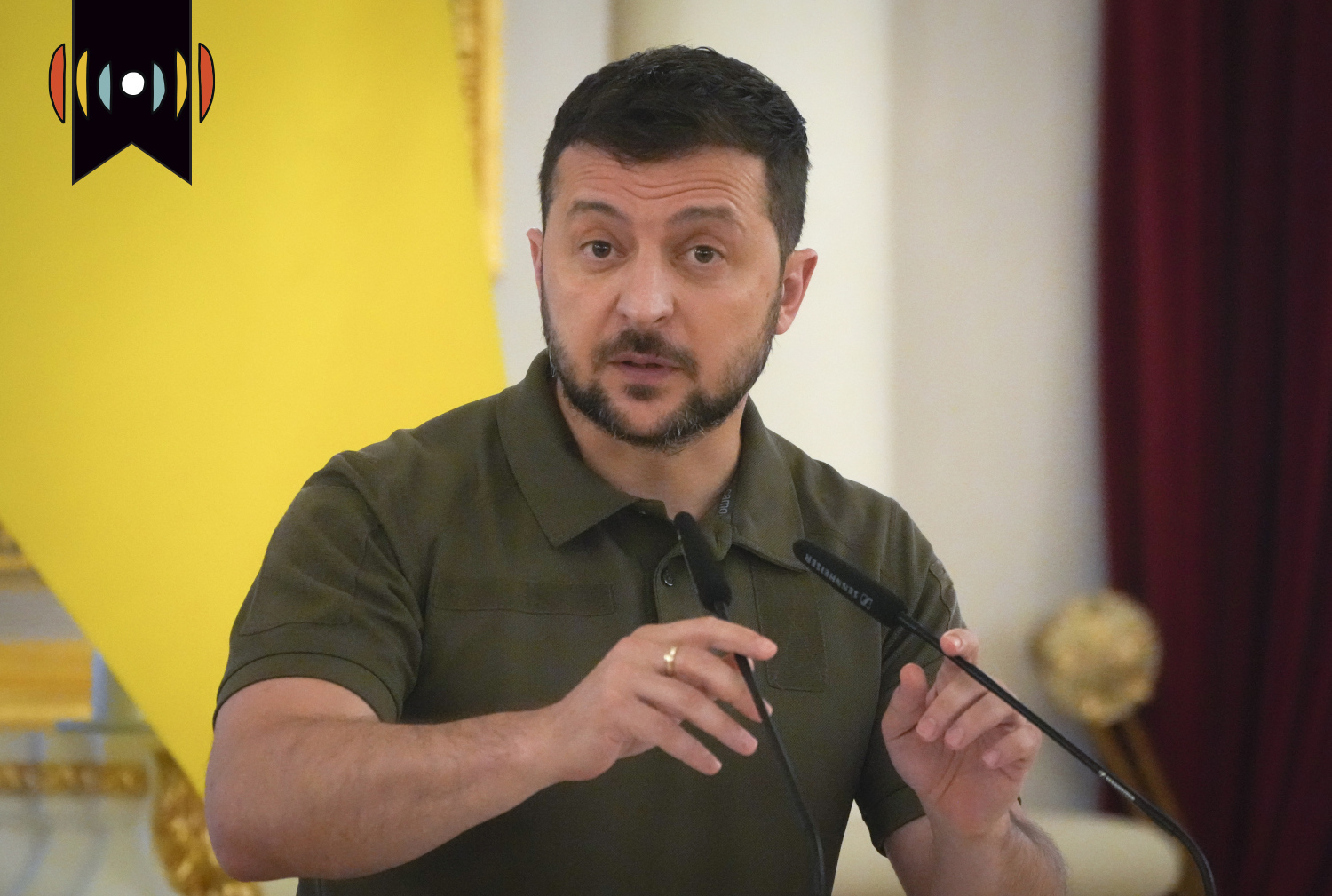 NICK EICHER, HOST: And I’m Nick Eicher. First up, the state of the war in Ukraine.

The Kremlin this week declared that it wants to oust Ukraine’s President Volodymyr Zelenskyy. And there is no doubt that Moscow aims to take control of at least some parts, if not all of Ukraine.

The war is now in month five after Russian President Vladimir Putin ordered the invasion. Does either side have a clear path to actually win this war?

He served as a lead operational/logistics planner for U.S. Central Command during the response to the 9/11 attacks and later in Operation Iraqi Freedom. He also served as a strategic analyst for the Defense Department.

DAKOTA WOOD, GUEST: Hey, what a great opportunity for me to take. Quite a blessing. Thanks.

REICHARD: Glad to have you. Well, as we mentioned, Russian Foreign Minister Sergei Lavrov came right out and said this week that Moscow wants President Volodymyr Zelenskyy gone. What was your reaction to that?

WOOD: Well, they would much prefer to have an intact Ukrainian state that is a vassal state, almost like a Belarus or something like that. I mean, Putin wants to reclaim the former Soviet republics. He thinks that the dissolution of the Soviet Union was one of the greatest catastrophes of the 20th century. And so he's actually more of a czarist kind of thing, this greater Russian Empire, and he views Ukraine as part of that. So rather than destroy the country and rebuild it, if they could get a friendly government that just did Moscow’s bidding, that's a huge strategic win for Putin. So it's no surprise, I think, that that's the direction that they would like to head.

REICHARD: Putin recently met with leaders in Iran. The White House believes he is seeking drones and other weapons from Iran to use in Ukraine. What kind of support can Tehran provide – or is it providing already to Russia?

WOOD: Well, I mean, it's an anti-Western axis in the sense, right? Iran has been no favored friend of Europe, or certainly the United States, or Israel or other states that are republics, or democracies. And so what Russia gets out of this is more people on their team in a geostrategic sense. They also get access to Iranian energy. So this is a $40 billion equivalent investment in Iranian energy, which they have lacked because of all the sanctions that go back to the Civil War, long ago in the 1970s. And this is a big economic shock for them, for Iran, and for Russia, its access to energy fields that will continue to be developed. And another kind of minion state now that it can help Russia do its bidding. It's going to have to focus on Ukraine, and so actually wants to reduce its presence in Syria. And there was some discussion in this summit with the Iranians, that Iran would have more of a presence in eastern Syria to kind of take up the slack or fill the vacuum that might be created as Russia lessens its presence there in that country.

REICHARD: We know that Russia has been focusing on the Donbas region in Ukraine’s eastern front, but they’ve also been stepping up attacks in the south. What is Russia’s short-to-medium-term strategy and objective?

WOOD: Well, that's the heartbeat of Ukraine. I mean, you could grow all the grain that you want to in the central part of the country or really ramp up its manufacturing capability. But if you can't get that stuff to market, what good is it? So it's these port cities along the Black Sea coastline of Ukraine that are so important. Odessa is out there to the west a little bit, but they have, you know, Mariupol was in the news quite a bit. And so it’s that southern coastline on the Black Sea that Vladimir Putin really wants. It solidifies his control of Crimea. It gives him those port cities. He can bottle things up or release them, and it gives him even more leverage over the Black Sea region as a whole. He's had his eye on the country of Georgia there on the other side of the Black Sea. And it would give them a bit more leverage over Turkey, which is also a Black Sea power. So this region, it's the industrial heartland and the agricultural heartland, and really the economic lifeline for those port cities that Moscow really wants

REICHARD: Colonel, to actually win this war, what does Ukraine have to do? And what do NATO allies have to do in support of Ukraine?

WOOD: Well, it's going to be a huge influx of money and munitions and equipment. People, I think, have really lost perspective of what big war really means. I mean, it just has a ravenous appetite for ammunition and repair parts and equipment that the West really hasn't had to even think about, almost since the Vietnam War there in the late 60s, early 70s. There was this massive buildup in the 1980s during the Reagan administration when you had a lot of tension there in Central Europe, but since that time, these events and other parts of world, like a couple of wars in Iraq, were fairly short. They were extended over time. The enemy that the U.S. was fighting was poorly resourced. And so we in the West have this idea that wars are short, you can kind of get them over with or doesn’t place that much of the demand on your economy or your industrial base. And what Ukraine is showing is that's not the case. You know, I mean, they're firing 6,000-8,000 rounds of artillery ammunition a day. Armored vehicles are getting blown up. You have all the physical casualties of people who are wounded or killed. And if you're going to sustain those operations, you have to be able to replace that, and just hugely expensive. So if the West doesn't want Russia to take over Ukraine and then pose additional problems for Eastern Europe and for the Baltic states, they just have to decide that they're going to bear the cost of that to an extent that Ukraine can't on its own.

REICHARD: Retired Marine Lt. Col. Dakota Wood is a senior research fellow at the Heritage Foundation. Colonel, thanks so much!