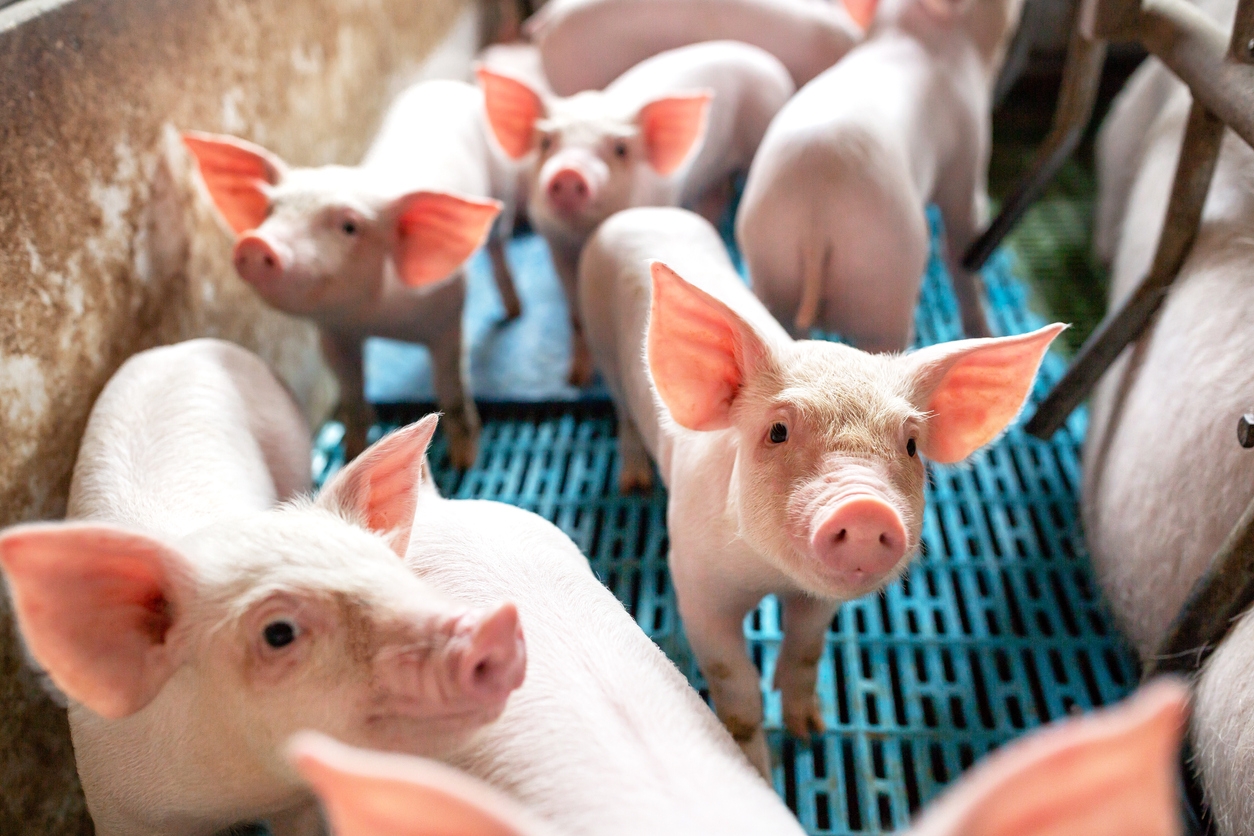 MEGAN BASHAM, HOST: And I’m Megan Basham. Coming next on The World and Everything in It: problem solving.

Over the past two months, food producers have faced a lot of challenges. Closed restaurants and schools mean fewer customers buying meat and milk. And coronavirus outbreaks at meat-packing plants forced many to shut down temporarily.

EICHER: That left farmers with some difficult decisions.

But some have found creative ways to get their products directly to consumers. WORLD reporter Sarah Schweinsberg has our story.

Three hundred miles away, Mary Beth Brown and her husband raise dairy cows in the rolling green hills of Western Pennsylvania. They call their farm the Whoa Nellie Dairy.

BROWN: This has been his family’s business forever…his family came over from England in the late 1700s, and they have been here over since.

Both farmers in very different industries are facing a similar problem. They are producing as much milk and pork as ever…but they have fewer customers to buy it.

NEWSCAST: Local dairy farms say restaurant closures have led to a surplus of milk and no way to process it before it goes bad.

NEWSCAST: But as they shut down due to sick workers, farmers are now saddled with an overflow of pigs to care for.

AUDIO: Here piggies! Get up! Get up!

Each week, Brenneman rounds up and sells all the hogs in one building to a meat packing plant. That’s about 25-hundred pigs. As soon as those pigs leave, 25-hundred piglets replace them.

BRENNEMAN: So literally we have a one-week gap, where we can clean the barn and we have time to get it ready for the next group, so it’s disease free and clean and sanitized.

The recent meat packing plant closures left him with a dire choice.

BRENNEMAN: We were forced with the decision of either to euthanize our 300 plus pound pigs so that we can make room for the new piglets or we would have to euthanize the piglets in order to keep the market hogs that would be going to market soon.

Mary Beth Brown faced a similar decision. She usually bottles and sells about half of the farm’s milk herself. The rest goes to a milk distributor. Last month, the milk company called and said there wasn’t enough demand to take it.

BROWN: A lot of their milk went to schools and restaurants, and they couldn’t turn it around fast enough to move their market.

So they asked the Browns to dump the milk instead. Mary Beth Brown couldn’t stomach dumping perfectly good milk down the drain.

BROWN: We knew that people were already struggling…  from getting laid off from the pandemic…

BRENNEMAN: You raise these animals hoping to protect them and feed them and some day they will help you prosper. And me and my girlfriend prayed that night, and we were just asking that God would provide some kind of clarity or solution…

Both Brown and Brenneman say God did provide. Thanks to friends on social media, good neighbors, and a desirable product.

Keaton Brennaman heard about other hog producers putting their pigs up for sale on Facebook. He thought it might be worth a shot.

BRENNEMAN: So I put a post out there, hogs for sale and it blew up in less than… Oh, I don’t know, by the end of the evening it had 25,000 shares and it was just shared all over the place.

For more than two weeks now, his phone has been ringing off the hook.

BRENNEMAN: I probably get 100 calls a day.

Brenneman and his family have sold pigs the last two Saturdays. The first Saturday, they sold 3-hundred pigs.

And last weekend, they sold 1,500 pigs. Those sales along with meat packing plants starting to reopen means Brennaman won’t have to euthanize any pigs.

BRENNEMAN: I think people hate to see waste and this is perfectly good food that could nourish and help Americans and just other people.

Mary Beth Brown also used Facebook. She told customers that instead of dumping milk, they were going to do their best to bottle all of it themselves and sell it in their small milk store.

BROWN: We were just hoping that people would get behind us on the fact that we don’t wanna waste anything and we kinda put the call out there too.

Community members responded. They came in droves with cars lined up the road waiting to buy milk.

BROWN: Saturday here we had about 2 inches of snow on the ground and people were still lined up.

BROWN: The milk that you will purchase tomorrow will be bottled within 12 hours of coming out of the cow, so it’s very, very fresh.

Both Brown and Brenneman say finding ways to get their products directly to customers has helped, yet, like so many others, their operations are still hurting. But they both serve a big, creative God.

BROWN: I’ve always felt like my kids are watching me and this will be part of their character, so if they ever come up against something hard, are they gonna choose to lay down and cry or are they going to just do the best they can with it and choose joy.

BRENNEMAN: God provided. He came through with a way for us to sell her hogs and move them and it was just incredible that I don’t think that solution is from me or for from anyone else.