Three generations of luthiers turn their talent into a thriving business 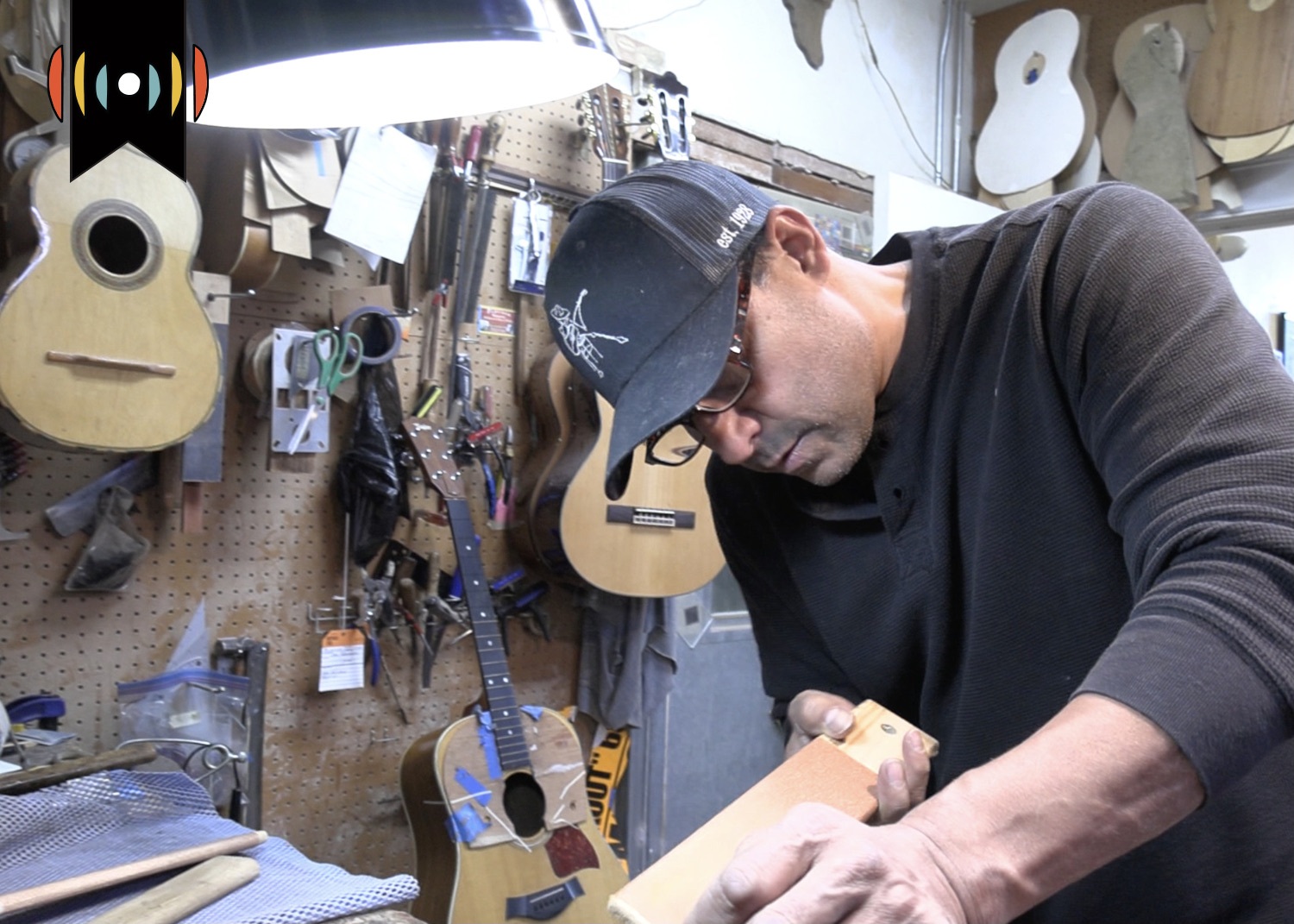 Coming next on The World and Everything in It: a family business legacy. According to 2021 statistics from the U.S. Small Business Administration, there are nearly 32 million businesses in America with fewer than 20 employees. That’s 98% of all businesses in this country.

REICHARD: Small businesses not only employ millions of people, they often heavily invest in their communities. WORLD Correspondent Caleb Bailey has the story of a Los Angeles family business that’s making a difference through music.

REPORTER, CALEB BAILEY: The corner of East Cesar E. Chavez Avenue and Saratoga Street is like any other in East LA: loud, confusing, distracting. But if you listen closely, there’s one sound bringing peace to the restless city from behind the doors of an old brick building. It’s the sound of a hand-crafted, classical guitar.

Candela’s Guitars has been here for more than half a century. But the story of its founders—the Delgado family—goes back much further.

TOMAS: The way that we build the way that I build and restore and repair guitars, it's, it's become more refined, but it hasn't really changed. It's all done by hand. I still inlay my rosettes by hand, I build my own bridges, I build my guitars from scratch.

Delgado’s craftsmanship has attracted the likes of musicians Jackson Browne, Jose Feliciano, and Santana—artists looking for the best of the best.

Delgado's commitment to quality means he only builds one or two guitars at a time. He's a perfectionist.

TOMAS: You hear about people that have been doing something for a long time that that want to, we always want to get better, right? Well, the challenge is to still do everything that I'm supposed to do correctly.

Since the beginning, Candelas has been a family affair. Tomas Candelario Delgado is Tomas Sr.’s 22 year old son, and it looks like he’ll be next in line to run the shop.

TOMAS: You know, I'm the fourth generation. So there's enough pressure as it is, you know, we have clients that come in family, friends are like, you have to take this on, you have to do this.

But that pressure has never come from Tomas Sr.

TOMAS: But my dad was never like, look, you're gonna build guitars, this is something I want for you. He's like, You do what you want. I was always around the shop. I've always liked it. And now that baseball is over, it's sort of cool, because it's transitioning into something that I like, something that I've always been around.

Tomas Jr. will learn the ins and outs of the trade from his father over the next four years. A program his dad, and grandfather both did with their fathers.

But it’s not just about family. The Delgado’s are eager to give back to the community that has supported them for so long.

TOMAS: Giving out guitars to people on skid row, you know, I've seen countless amounts of people come in, and, you know, they're window shopping, and maybe it's around the holidays, and my pops is like, you know what, here this is for your kids, and, you know, little stuff, here's in there.

Community investment has always been a key principle for the Delgados. Tomas Sr. spent the early part of his career serving Los Angeles through fundraisers with his dad. He’s continuing that mission with The Candelas Music and Arts Foundation.

TOMAS: And so I decided to start a foundation and we raised money for people to take lessons, whether it's young kids, single moms or dads, struggling families that are trying to bring the art into their household, but don't have the means to do it.

Tomas founded the Candelas Music and Arts Foundation in 2018 with the next generation of musicians in mind. The foundation offers lessons and allows students to get their hands on instruments they couldn’t afford elsewhere.

In Los Angeles, as sure as the 5 freeway stays clogged and vendors shout their products from street corners, the Delgados plan to stay right here—creating beautiful instruments and building a musical community.

CALEB: When you see people's guitars like yours after you sold to them, Do you remember like making it? Each one?
TOMAS: Yeah. I always say when they come back, I get visitation rights. it's exciting to see, you know, what I was doing, you know, back 10, 20, 30 years ago, and where I'm at now.