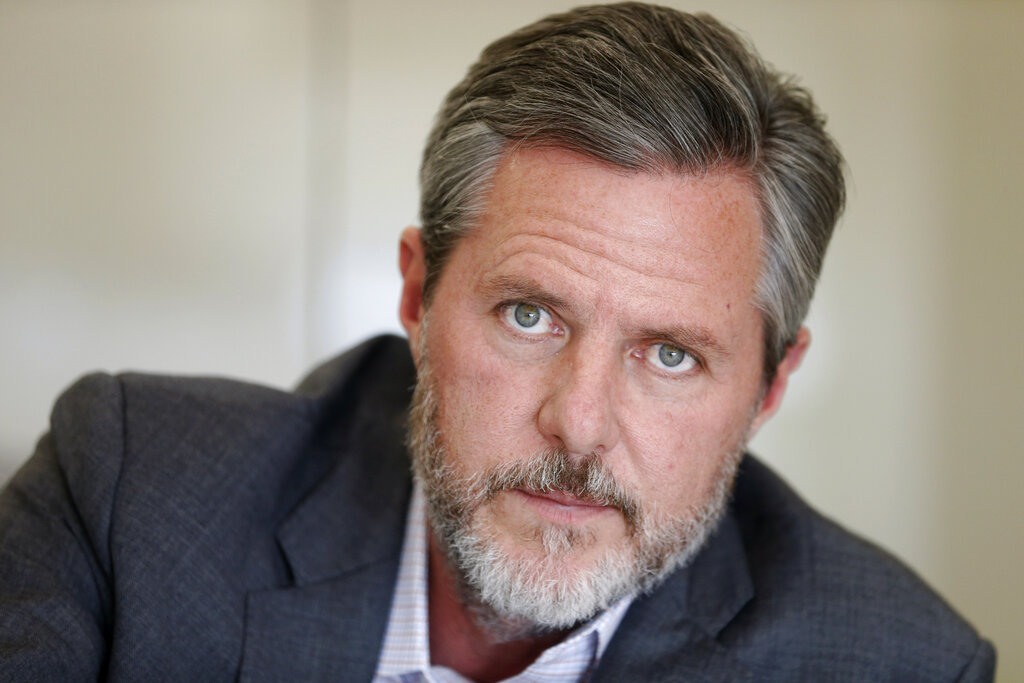 MEGAN BASHAM, HOST: Coming up next on The World and Everything in It: the precipitous fall of Jerry Falwell Jr.

And before we go any further, we should note that parts of this story are not suitable for younger listeners. If you have the kids around this morning, you might want to hit pause and come back later.

MYRNA BROWN, HOST: Earlier this month, the Liberty University board of trustees put the school’s well-known president on indefinite leave. The social media post that seemed to prompt the board’s action was relatively mild compared to some of Falwell’s other controversies. But it came at the end of a long list of behavior deemed unseemly for the head of a prominent Christian university. Facing the prospect of being fired, Falwell resigned on Monday. He’s leaving with a $10 million dollar severance package.

BASHAM: So what led to Falwell’s downfall? WORLD deputy editor Michael Reneau has followed the Falwell saga for quite a while and joins us now to talk about it. Good morning, Michael!

RENEAU: On August 25th, the news agency Reuters reported claims from a former pool boy at a luxury hotel in Miami. His name is Giancarlo Granda, and he says he carried on an affair with Falwell’s wife, Becki, for seven years. He also claimed Falwell knew about the affair and would sometimes watch them have sex. Both Falwells denied Jerry Falwell’s involvement but admitted the affair. (Becki Falwell did not return my phone calls and text message, and Jerry Falwell Jr. told me he couldn’t talk when I reached him.)

Jerry Falwell Jr. actually released a statement acknowledging the affair several hours before Reuters published its story. He said Granda was trying to blackmail the couple and that they had decided the only way to stop him was to go public.

BASHAM: And this isn’t the first time we’ve heard about a connection between the Falwells and Granda, right?

RENEAU: That’s right. Several years ago Politico reported that Falwell and Granda bought a Miami hostel together. That was controversial because the hostel—which I actually visited while doing some reporting last year—had a reputation for being gay-friendly and popular with people visiting Miami to party. This story takes an even weirder turn because Donald Trump attorney Michael Cohen helped cover up for racy photos of Jerry and Becki Falwell and Granda may have been involved in obtaining those photos. Disputes over the hostel spilled into Florida courtrooms before the two sides settled in late 2019.

BASHAM: The Falwell name became prominent in evangelical circles in the 1980s. Remind us briefly who Jerry Falwell Sr. was.

RENEAU: Jerry Falwell Sr. became famous as the founder of the Moral Majority. He was a pioneering televangelist with his Old Time Gospel Hour ministry. In 1971 he decided to get into higher education and founded Liberty University in Lynchburg, Virginia, where his church was located.

BASHAM: So after his father died, Jerry Falwell Jr. took over as president of Liberty. Since then, he’s really expanded the school, both in size and prominence. But its influence remained mostly limited to evangelical circles until 2016, when Jerry Falwell Jr. became an outspoken supporter of Donald Trump’s presidential campaign. The controversies just seemed to multiply after that. Talk us through some of them.

RENEAU: Falwell’s rhetorical style really seemed to match that of President Trump, especially on social media. He repeatedly jabbed at Christian leaders and shunned his role as a spiritual leader. He told pastor David Platt on Twitter to “grow a pair” in 2019. He removed the tweet but in response said he’s not a spiritual leader: “I have never been a minister. UVA-trained lawyer and commercial real estate developer for 20 yrs,” he tweeted. “The faculty, students, and campus pastor … are the ones keeping LU strong spiritually …”

In May 2020 he faced more backlash when he protested Virginia’s COVID-19 face mask mandate: He tweeted a photo—showing Virginia Gov. Ralph Northam in medical school dressed in blackface, standing next to someone in a Ku Klux Klan robe—superimposed over a face mask. Black Liberty alumni responded with a letter asking Falwell to apologize and retract the tweet. He did so more than a week later and after several black employees resigned. Several student-athletes also transferred from Liberty.

BASHAM: What’s been the reaction to Falwell’s resignation?

RENEAU: Well, Falwell himself seems to be relieved. When confirming his resignation on Aug. 25, he said: “The quote that keeps going through my mind this morning is Martin Luther King Jr: ‘Free at last, free at last, thank God almighty I’m free at last.’” Falwell told The Washington Post he was bored and ready to move on.

Former faculty members are also relieved. Longtime Liberty English professor Karen Swallow Prior—who this year joined Southeastern Baptist Theological Seminary’s faculty—said Falwell’s behavior didn’t match a Christian university president’s: “It’s a great relief that Liberty no longer has a leader who clearly no longer wants to be in that position. His behavior for a long time has not been that of a spiritual leader.”

BASHAM: So, what’s next for Liberty?

RENEAU: Well, the school’s board of trustees now faces the task of choosing a new leader. But given Falwell’s longtime behavior and the $10.5 million the board allowed him to walk away with, many question whether trustees are up to the challenge.

BASHAM: Well, it certainly will be interesting to see who they pick to follow in the Falwells’ footsteps! Michael Reneau is WORLD’s deputy editor. Thanks so much for joining us today!

(AP Photo/Steve Helber, File) In this Nov. 16, 2016 file photo, Liberty University President Jerry Falwell Jr., pauses during an interview in his office at the school in Lynchburg, Va.