Evangelizing at the beach

WORLD Radio - Evangelizing at the beach

An organization in Australia is trying to share the gospel with the country’s 2.5 million surfers 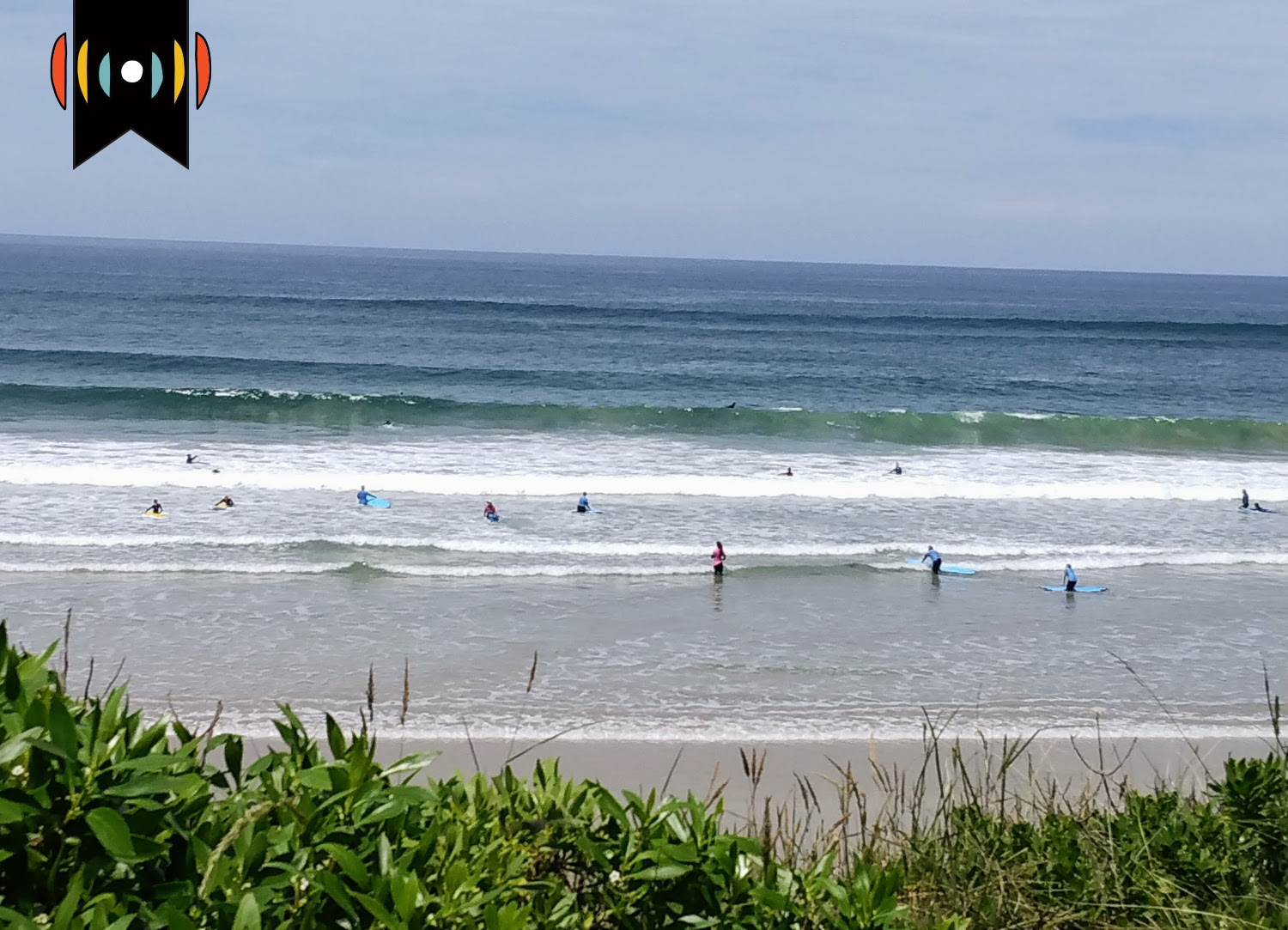 NICK EICHER, HOST: Today is Tuesday, November 15th. Thank you for turning to WORLD Radio to help start your day.

MARY REICHARD, HOST: And I’m Mary Reichard. Coming next on The World and Everything in It: surf’s up!

As far back as the 12th century, Polynesians were drawing cave pictures of people riding the waves.

When European James Cook explored the world, he came upon the lands of New Zealand and Australia and a new way to travel on water. He even wrote about surfing in his diary.

EICHER: Some surfers say that surfing is their religion. But one organization in Australia is trying to spread the word about the real deal. Here’s WORLD Correspondent Amy Lewis.

WALKER: Living on the Gold Coast, all my mates were surfers.

AMY LEWIS, REPORTER: Josiah Walker grew up five minutes from the beach on the Gold Coast of Queensland, Australia. Walker has a ready smile and bleached blond curls. His blue eyes are bright behind round-framed glasses. 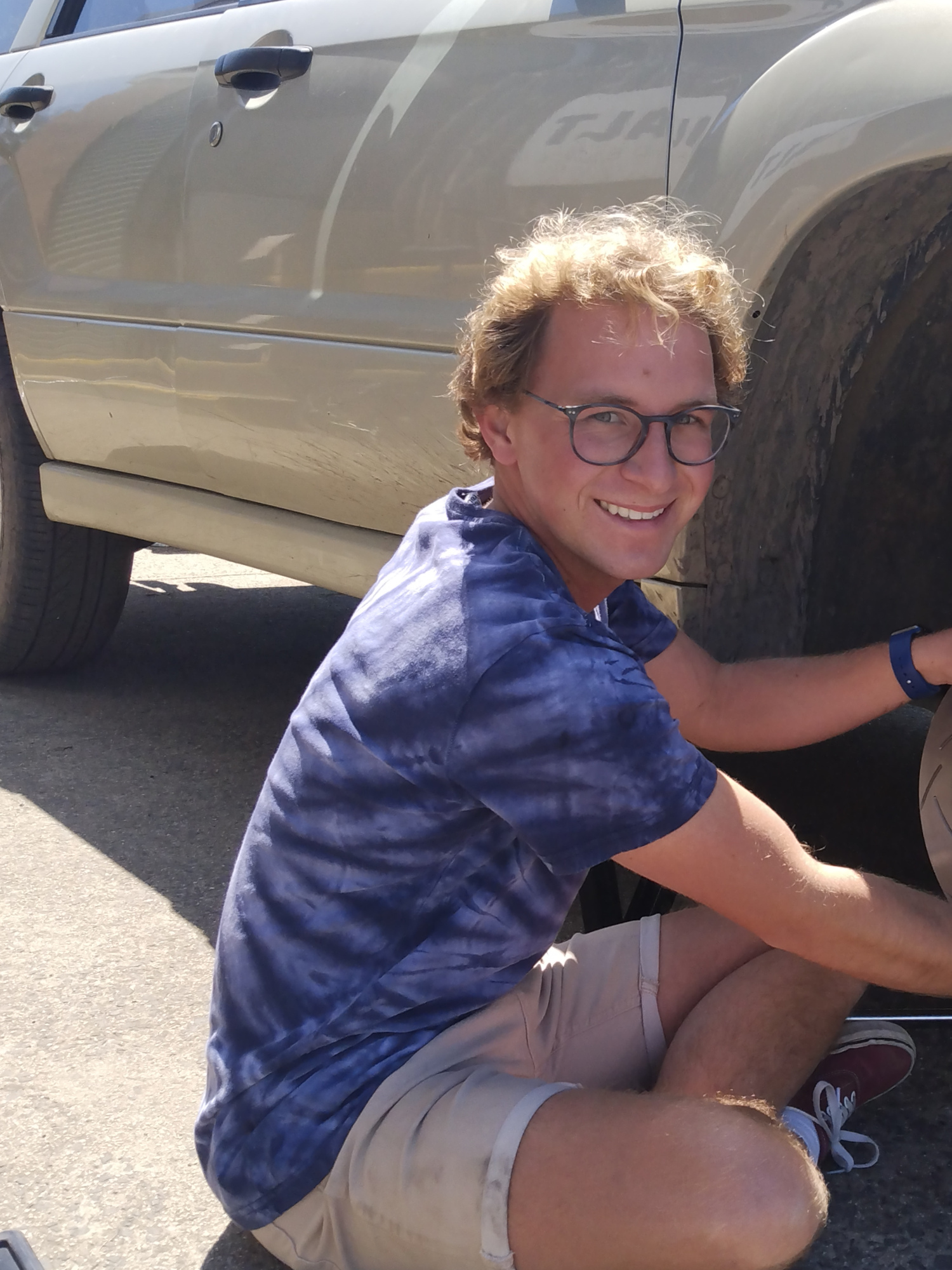 But Walker didn’t surf. He had a bad experience with it at age 11, and just enjoyed computers more than the beach. So, instead of the waves, he chose to take to the skies. He trained to be a commercial pilot after high school.

WALKER: It was a Saturday. I had just had a big week of flying, and I was pretty just like, ah, I just need to have some fun. And my best mate and another friend of ours, going on the beach. So that’s when I was like, alright. I’ll do it.

That was all it took. Walker started surfing regularly. Until he had to isolate because of COVID. Then he started wondering what he should do with the next year of his life.

WALKER: And then it sort of hit me. Oh, there's this thing called CSALT…

WALKER: I was, yeah, kind of at a point that I felt pretty stagnant, where I just wasn't moving forward in my faith. And I was like, I think it's time to take a leap.

Christian Surfers got its start 45 years ago out of the Sydney surfing culture.

VAN BOXTEL: Surf culture is pretty, it's a tough culture...

VAN BOXTEL: And it's an identity in itself and a couple of guys feeling that to be a surfer and to be a Christian can't coexist. And so they wanted to break that, break that expectation. And so started to bring, you know, their faith into surfing and were really deliberate about that.

The goal of Christian Surfers is to bring Jesus to those in the beach culture. Since 1977, they have spread to include groups in more than 30 countries. But they’re still strong in Australia.

There are plenty of Australian surfers. At least 2.5 million of them.

VAN BOXTEL: You got to be a pretty relaxed kind person. And it's just generally a good vibe. It's fun. It's just in the moment.

But evangelizing in a surf culture has challenges like any other ministry.

VAN BOXTEL: Surf culture, historically, is a bit standoffish. And so you can't just get in someone's face. And you know. So you've got to build a relationship, and you've got to be present…you've got to show that you, you legitimately care, I guess. 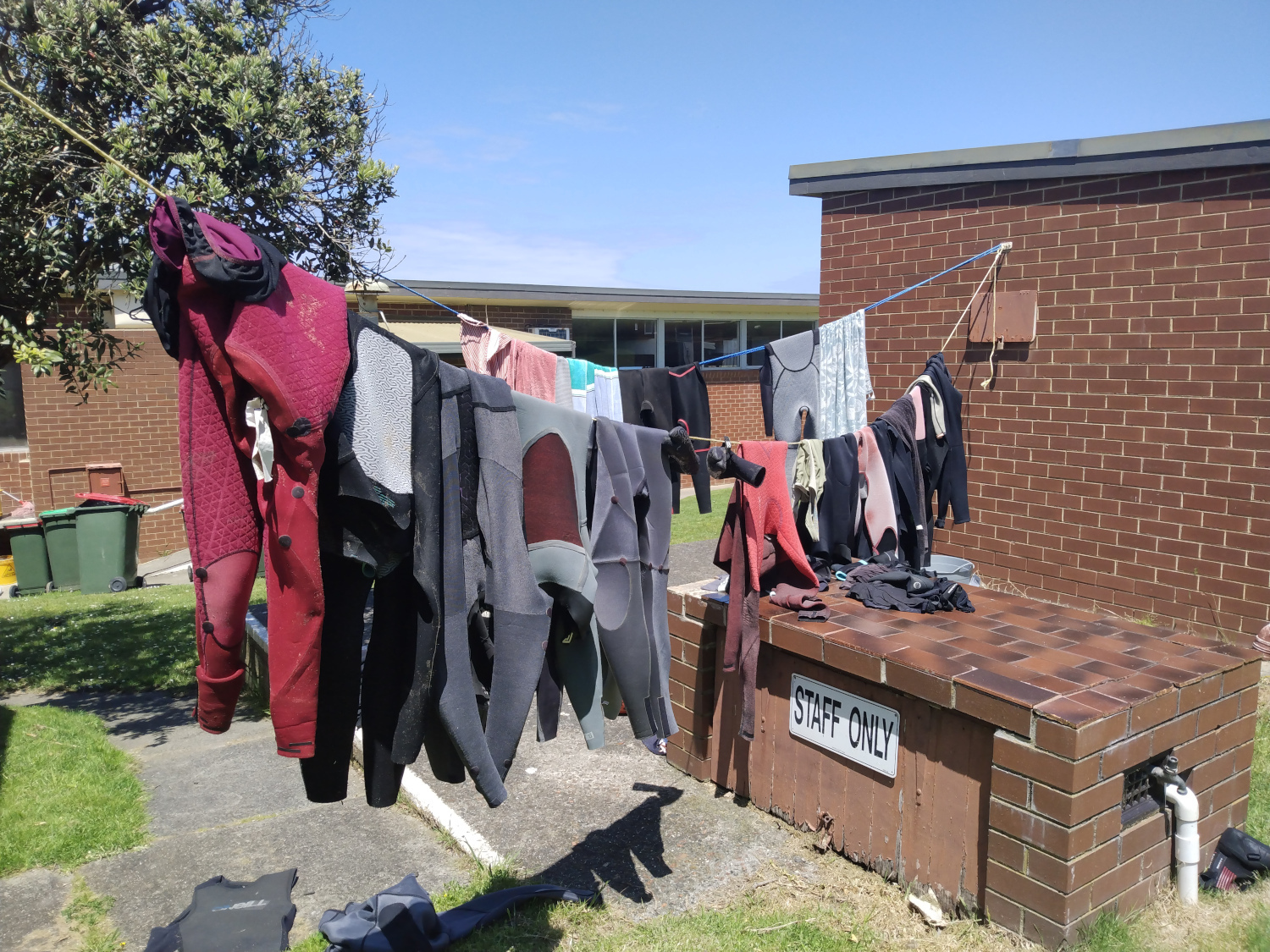 Christian Surfers runs the leadership classes at a YMCA camp on Phillip Island, just off Australia’s southern coast. Van Boxtel lives onsite, and teaches practical theology to the young adults who attend. An hour of worship and devotions start each two-hour class Monday through Thursday. It leaves time for ministry and surfing.

Josiah Walker—the surfing pilot—is sitting on a blue couch on a wide covered porch. He says it’s the best place to study and meet with his classmates—who double as his surfing buddies and roommates here.

WALKER: So it's essentially the basics of everything in ministry. So from leading a small group to leading like a youth group sort of scenario to just like, overall knowledge on the Bible and how to interpret it in a, in a proper sense, rather than just sort of reading it at face value.

By the end of his year-long studies, he’ll earn a certificate in Christian ministry and be a better surfer.

VAN BOXTEL: So with our CSALT students who want to spend some time finding a little more about their faith and their role. It's a vulnerable state to put themselves in and you can see someone bloom and just become become who, who I think they're created to be, that's so special to literally see that happen in front of you.

The classes have two goals: To disciple surfers in their faith. And to help them reach out to surfers who don’t yet follow Jesus. Like kids who surf, called ‘groms.’

VAN BOXTEL: So for instance, last night, we had the groms, the local groms come meet here on site. They went down to one of the beaches, surfed with all of our kind of young adults, came back and had ‘em for a barbecue and a game or something…It's like a youth group for surfers.

Surfing competitions are another fruitful opportunity for ministry. Like at the recent Pro QS1000 competition. 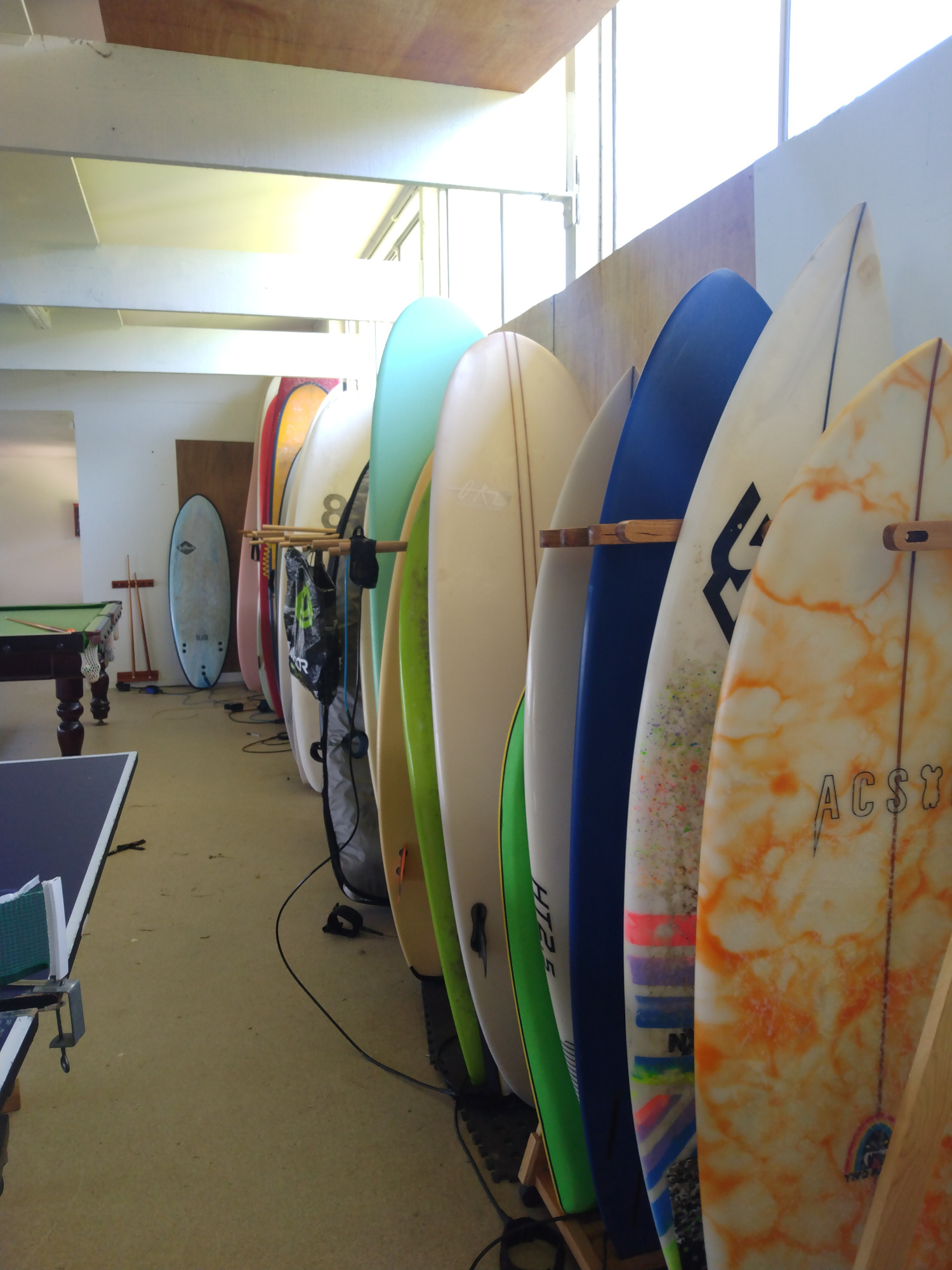 VAN BOXTEL: And so one of our, one of our CSALT boys was, he's pretty keen to build relationships with Surfing Victoria. So he's, he was down there. He's got drinks and baked a bunch and just wanted to feed the judges and the competitors.

Josiah Walker is trying to figure out which community God is leading him to when he finishes classes.

WALKER: It could eventually go into mission work for aviation, because that's obviously one day what I'd love to go into. But at the same time, yeah, I'm looking more towards being able to lead in Christian Surfers, like, mission. So that could be back home at the Gold Coast…

Van Boxtel says surfers identify as surfers. It’s who they are. He wants to encourage them to find a new identity.

VAN BOXTEL: …and to become a Christian surfer is really easy. It's just your identity. It's finding Christ and in such a way that you can't help but share it with someone else. And we want to help you find that place so that you carry that into your community.