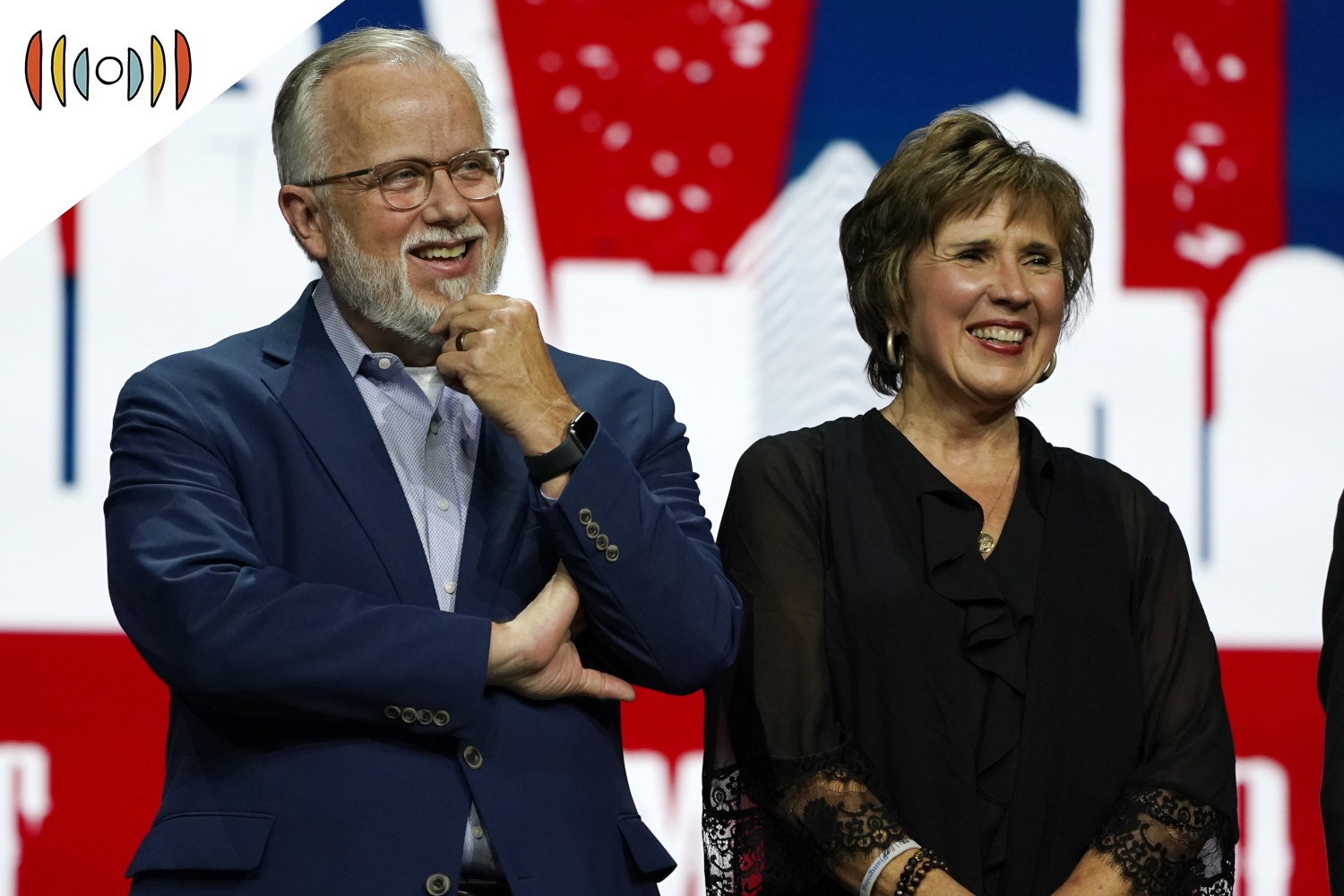 NICK EICHER, HOST: Coming up next on The World and Everything in It: thoughts from the new president of the Southern Baptist Convention.

About 15,000 Southern Baptists gathered in Nashville last week to cast their votes for the next president of the SBC.

Among the contenders, Southern Baptist Theological Seminary President Albert Mohler. He’s a member of World’s board. Also, Randy Adams, a state convention leader who ran on reformist ideas, and Georgia pastor Mike Stone, who many expected to become the SBC’s next president.

But the surprise winner was a little-known Alabama pastor named Ed Litton.

MARY REICHARD, HOST: WORLD reporter Sophia Lee spoke with Litton shortly after the election, although her questions were off mic. So here now are snippets of that interview with Litton, at a point that he called an “important moment” in the convention’s history.

REICHARD: Litton says he believes Baptists are opting for the latter, returning to the gospel, as he put it. And he painted a word picture of the Southern Baptist Convention, drawing on an indelible image from the last world war.

LITTON: When the United States launched in World War II, we sent Navy destroyers to protect these massive armadas of ships that were taking supplies to Great Britain. And I see those ships as an analogy of Southern Baptists. We're not a denomination, we're a collection, if you will, a convention of churches. So every one of these “ships” is a different church, and their payload is the gospel, and we're getting the gospel to the nations.

That’s the focus. We’re getting the gospel—keeping our focus, not turning inward, not being self protective, but actually taking the risks that our missionaries take every single day to share the love of Jesus Christ with others.

And there’s a lot of directions that people want to go and ships want to veer off. And by the way, every captain of that ship can go where he wants. But if we’re going to get this thing done, we’re going to have to stay in line with each other. Not only that, if you’ll remember, the analogy is really good because there was an enemy. Nazi U-boats were coming after these ships, and they were sinking them right and left. And when one would peel off, they would nail it and lives were lost. It was real. We’re in a real spiritual battle, and we need to stay together, move in the right direction.

REICHARD: And sticking with the German U-boat metaphor, he said one of the deadliest torpedoes in the enemy’s arsenal can be summed up in one word:

LITTON: Pride. Pride is a serious problem for us. The Bible tells us that our job is to humble ourselves. All of us must humble ourselves before the Lord and realize that we are desperate sinners in need of a Savior, and even redeemed, we are desperately in need of God's daily grace and the power of the Holy Spirit. We all need that, and when we turn on each other, sometimes it's because of envy, sometimes because pride. All those sins come into our personal relationships.

There’s a reason why Jesus left his disciples and said I’m sending another comforter of the same kind, the Holy Spirit, because you guys are going to have to work this out.

The same struggles we have in the SBC, the early 12 disciples also had, but guess what? They were able, with God's great help, to get enough together to work through the minor things and keep focused on the major thing. We wouldn't have the gospel today if they had failed, but they weren't going to fail. Because the Lord was with them.

So when we demonize each other, when we are attacked, it builds wounds and distrust. It fragments us as a people. And we've got to see Satan's schemes in this.

REICHARD: Pastor Litton said he recognizes that many Southern Baptists are concerned that the convention is drifting in the wrong direction. And he said that is a legitimate concern, but he added, the SBC might be drifting in a different direction than many people think.

LITTON: I think a lot of people in the Southern Baptist Convention are concerned. We by nature, as Southern Baptists, are always concerned about drifting. You hear that terminology constantly. In order to drift, you just pull the oars and let the current of the culture take you. We forget that. We're worried about drifting, and I think in some ways we should be, but I don't think we're drifting into liberalism. I think we're drifting into fundamentalism. I think that’s where out of fear, people want to tighten things down and make sure that everybody's lined up on all the tertiary issues. But our focus has got to be the gospel.

One of the big concerns for Southern Baptists is that we have declining baptisms and declining Cooperative Program giving. I'm going to tell you why I believe that's happening: I believe that fear has driven us to live in a bubble in our churches, so that we don't trust people who don't look like us, think like us, or vote like us. And so what’s happening is we're being isolated from the world, when Jesus said no, you're to be in this world, not of this world. You need to love the world. You need to love the people in the world and engage them with God's love, which means we care when they are being treated unjustly. We care when they are hurting, we care when they're struggling. And so I think our people are not winning people to Christ because churches have become our cultural bubble, where we protect ourselves, look out the windows, and say, “Look how bad things are out there.” God put every one of us in a city for the purpose of being his representatives in that place— loving people, helping people.

REICHARD: Litton said that is the path forward for the Southern Baptist Convention and the body of Christ, lifting the church’s collective gaze, and understanding who the enemy is and who the enemy isn’t—each other.

Unity, he says, is found in a renewed focus on the great commission.

EICHER: That was newly elected SBC President Ed Litton. To read more of his conversation with WORLD Senior Reporter Sophia Lee, visit wng.org or find a link in today’s transcript.