In this image provided by the U.S. Marine Corps, evacuees wait to board a Boeing C-17 Globemaster III during an evacuation at Hamid Karzai International Airport in Kabul, Afghanistan, Monday, Aug. 30. 2021 Staff Sgt. Victor Mancilla/U.S. Marine Corps via Associated Press 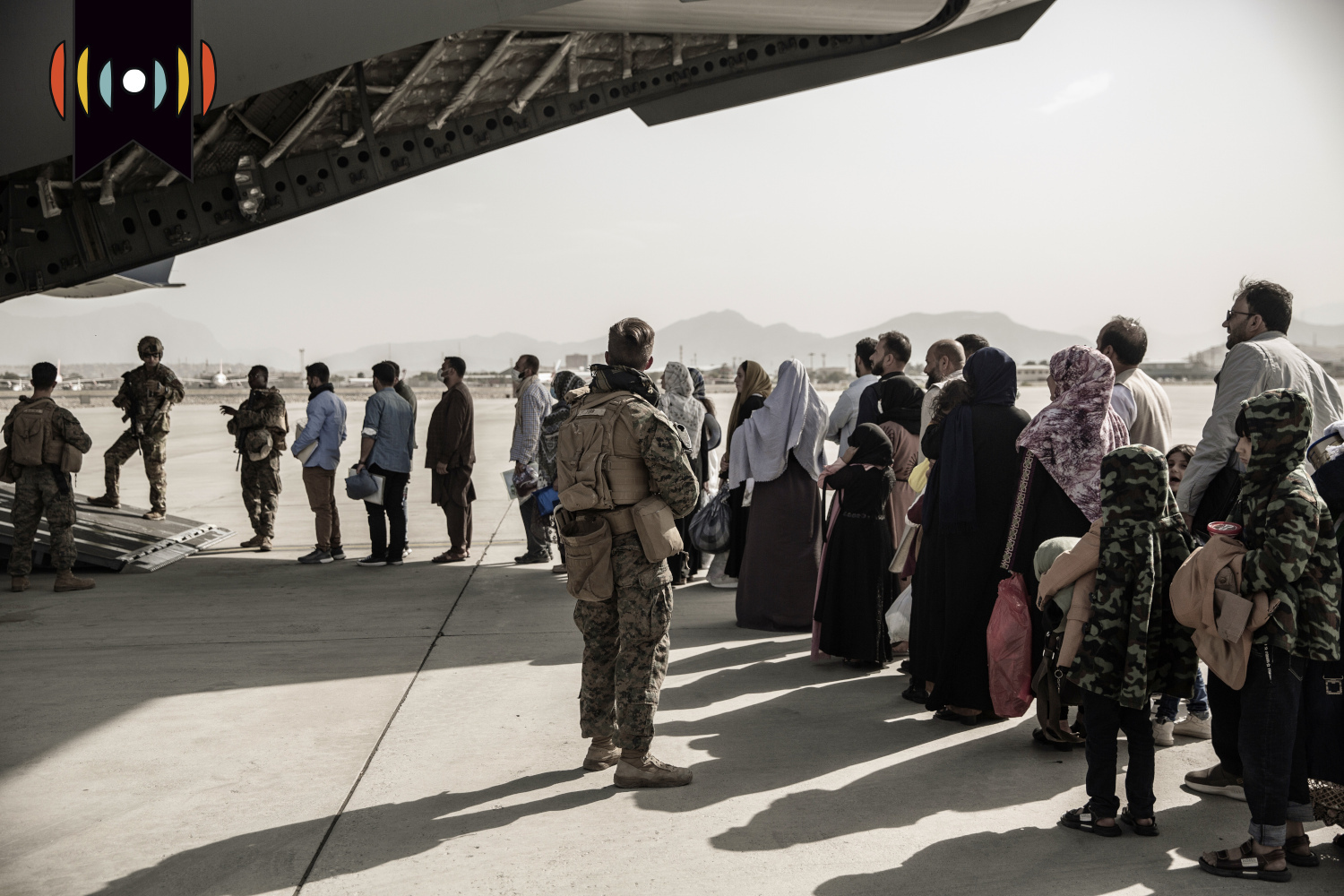 MARY REICHARD, HOST: Today is Wednesday, August 31st. Thank you for turning to WORLD Radio to help start your day.

NICK EICHER, HOST: And I’m Nick Eicher. Coming next on The World and Everything in It: evacuating Afghanistan.

Yesterday we reviewed some of the events leading up to the US withdrawal from Afghanistan a year ago. In the wake of that departure, thousands of Afghans flooded the airport in Kabul, desperate to flee the country before the Taliban solidified control.

REICHARD: But getting so many people out became a logistical nightmare. And as official channels closed, private citizens stepped up to help in any way they could. WORLD’s Whitney Williams talked with one man who got involved.

AUDIO: The Taliban is in control of Afghanistan.
AUDIO: U.S. officials in Afghanistan are telling Americans: ‘Get out of the country immediately, any way you can.'

Former Marine Corps officer Jake Cusack was monitoring the situation from his London office. That’s when he started receiving desperate phone calls from friends and friends of friends in Afghanistan, who knew he had connections with the U.S. military. They needed help. Could he help?

CUSACK: From sort of my mental health perspective, I sort of took the position that I'm gonna, I'm just gonna think of as no one's going to make it out, and so that everyone who gets out feels like a victory rather than be depressed about, you know, the 10s of 1000s, who are not making it out.

Cusack says his two tours in Iraq prepared him for intense situations, so he wasn’t afraid to step into the fray … he just felt surprised, really. Surprised to be needed. He was, after all, a civilian at the time.

CUSAK: I think, in a more ideal world. You know, there would have been an orderly, well planned evacuation for the friends and allies that have fought with us for two decades.

Instead, Cusack says, it was complete chaos.

AUDIO: This is what desperation looks like: Afghans clambering over each other to get a flight to anywhere.

Working remotely from London and then, later on, from Dubai, Cusack acted as an intermediary, of sorts, connecting endangered Afghans desperate to flee Taliban rule, with people he knew on the inside of the Kabul airport, U.S. military and State Department officials.

AUDIO: This is an emergency now: Tens of thousands trying to get through at the front … they’re being crushed.

AUDIO: [Chaos at the airport]

For two weeks, Cusack got little sleep. He spent his days and nights scouring WhatsApp and other signal groups, looking for reliable information that he could pass along. Staying glued to his phone was of utmost importance.

CUSAK: Because like 10 seconds, like a minute, could like mean, the difference between getting the person that like the word and time, like being able to coordinate the link up between someone that you know, on the inside and someone who's trying to come in from the outside?

Cusack remembers one situation in particular. A translator, her husband, and their child, whom he helped escape just in time …

CUSAK: I've been up for like 24 hours. And I was like, Okay, I have to I have to get like a little bit of sleep here. And so I recorded a couple of different voice notes …

AUDIO: If you can get up to the military, and this is Captain Jake Cusack speaking, um ask for Captain Rodriguez, and explain that you are on a flight organized by (beep) flight number (beep) … you’re manifested for that flight so you need access to the base to be processed for that flight, and they can call me or any other Marines on this chain if you have any questions. Thanks. Bye.

Cusack hit “send” and went to sleep for about 90 minutes. When he woke up:

CUSACK: I had a voice note back from her. That said, Sir, like, we made it, we're inside. And they got out. And then the next day was the Abbey Gate explosion.

A lone suicide bomber affiliated with the Islamic State. Twenty pounds of explosives packed with ball bearings detonated in the middle of the Kabul airport’s last open entrance. The gates essentially shut after that.

At times, the what-ifs plague Cusack:

CUSAK: If I told the person to go this way, instead of that way, or leave tonight, instead of tomorrow, you know, maybe they'd be home now, or in that home, but they would be in a safe place. And they're not.

But Cusack knows it’s not healthy to stay in that space for long … the work continues:

CUSACK: I think there's a dangerous tendency or trend right now, in the US to be a bit isolationist. And just to say, we've got plenty of problems here. We can't worry about you know, people over there and not realizing that. Our fates are intertwined.

The 40-year-old Grand Rapids native admits he hasn’t been great with long-term follow-up, but keeps a running list on his phone of ways people can help:

CUSACK: There's a website called welcome.us, which is also for helping Ukrainian refugees. Lutheran immigration relief service is doing great work, World Relief is doing great work. Arizona state actually ended up housing and providing scholarships for a number of the women that I worked with in evacuating, and they have a website where you can donate to support those scholarships.

As for Cusack, he’s returned to his day job: Investing in fragile countries like Iraq and Afghanistan, creating jobs and stability, hope.

CUSACK: I went to Baghdad, you know, where I hadn't been since I was in the military. And I went to this sort of like a startup incubator and had all these, you know, really vibrant Iraqi youth working on different ideas, you know, felt just really warm and was so vastly different than my experience in Baghdad in 2007, and 2008. That it really did give me, you know, a bit of hope that, you know, things are not lost forever. And even there where I did not have, you know, a positive outlook, long ago, you know, now you do see this hope.