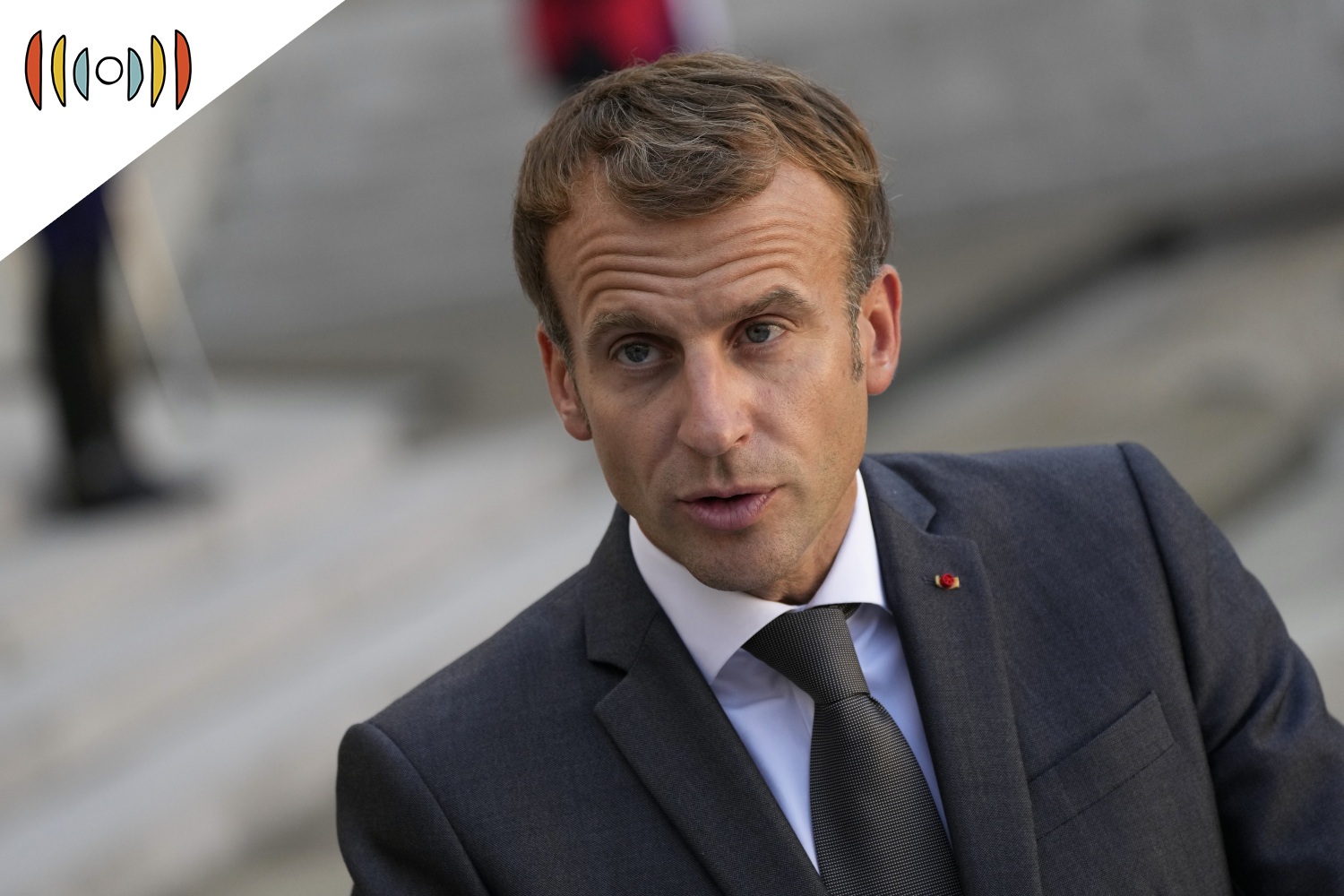 NICK EICHER, HOST: Next up: the AUKUS rift in Europe.

As you heard a moment ago, not only did China not appreciate the new alliance, multiple U.S. allies were also unhappy with the creation of AUKUS — or at least unsettled by it.

New Zealand, for example, said Australia’s new nuclear-powered subs are not welcome in its waters.

MARY REICHARD, HOST: But one European ally was downright incensed upon hearing the news.

France’s foreign minister called it a stab in the back. And French leaders were so upset, they recalled their ambassadors to the United States and Australia.

Here to explain why this agreement infuriated the French and what it means for U.S. relations with France and other European powers is Glen Duerr. He teaches International Studies at Cedarville University. Professor, thanks for joining us!

GLEN DUERR, GUEST: Thank you for having me.

REICHARD: Professor, let’s start with France’s response. Why did the French government react so strongly to this AUKUS announcement?

DUERR: Sure. This story has a long history dating back about 15 years.
Australia has long had an agreement with France to produce some 12 submarines to replace its aging Collins class submarines. And so, in the midst of all this, the French had promised to provide these new submarines. But the cost increased and increased to the point where it's now in excess of around 60 billion US dollars. And so very, very expensive.

In the midst of all this, the AUKUS arrangement has been growing—that is Australia, the United Kingdom and the United States as a trilateral security-based relationship.

And what's prickly about all of this is that the UK and the United States under AUKUS opted to give Australia the technology, the nuclear submarine technology, effectively for free. I mean, they'd still have to build it, put it together, etcetera. It's still gonna be costly. But it blindsided the French. And a lot of this didn't have to happen. The other issue, too, is that the three countries met during the most recent G7 summit, reportedly behind President Macron's back. And so that's I think part of the reason for the French reaction. In many ways it's an overreaction—withdrawing the ambassadors to Australia and the United States. I don't see it as a long term rift. But clearly there's a major unhappiness on the part of France.

REICHARD: There has been chatter out of Europe, particularly after the Afghanistan debacle, that Europe really needs to build up its own defense more and become less dependent on the United States. Do you see that happening? And second, and how dependent is Europe on the United States currently?

DUERR: Good questions. No is the simple answer to that. I was born and raised in Europe in the United Kingdom. Remember the Yugoslav wars from 1991 to 1995, with additional missions in 1998-1999 over Kosovo. So S4, the stabilization force, and the K4—Kosovo force—respectively. And the big question there was, well, there's the most serious outbreak of violence in Europe since World War Two. What do we do? And a lot of the members of the European Union talked about creating some form of European military as well as a 60,000 troop rapid reaction force, RRF. And those discussions really moved forward in significant ways, but never developed into anything, in effect.

To answer your second question, NATO continues to be the security umbrella. A lot of people in Europe may argue as to its irrelevance. But having said that, the number of member states of NATO has continued to increase. And so NATO continues to build and is now up to 30 member states. And so even in this environment where there is a bit of detachment across the North Atlantic between the United States and Europe, the European Union still hasn't really moved forward. And when you look at NATO spending under the Washington treaty, there is an expectation of 2 percent of GDP to be spent on the military, as well as 60 percent of that 2 percent to be spent on military equipment and upgrades. And as it stands right now, only nine of the 30 countries actually abide by those standards in terms of the 2 percent on GDP and the 60 percent on military expenditures.

And so there's a lot of talk about, well, can we solve our security issues? But it would then require massive changes to the budget, in terms of expenditures. And a lot of Europeans are just not willing to go anywhere near that.

And so it's still Uncle Sam that picks up the phone. There's just not the necessary spending to turn words into action.

REICHARD: Final question, professor. President Biden and French President Emmanuel Macron spoke by phone last week. France said it would send its ambassador back to Washington. They’ve agreed to continue trying to mend fences.
I’ve read speculation that France is going to press the White House to make up for this in some way … to compensate for what France lost in this deal. Where do you see these talks going?

DUERR: The good news is that the talks have been constructive. President Macron is up for reelection in 2022. So, in the short term, I don't think the talks will be -- the can will be kicked down the road a little bit because there's a fierce opposition in France. There's a significant amount of change. And so I think Macron is going to be focused domestically.

However, this story could be brought out to bolster his ratings amongst the French electorate. So it could be used as a political hot potato. but the wider good news is that the two are talking. The ambassadors are back. There has been a very, very strong Franco-American relationship for many years. And there's a wide latitude in terms of how this could be made up. I mean, again, the number’s around 60—a little north of 60 billion U.S. dollars now and the French defense industry is unhappy in terms of losing a lot of that. And so there are ways that this could be made up. I mean, it's possible that we could go directly to the nuclear submarines, that Australia could try and, you know, backtrack a little bit and work with France, that AUKUS could be expanded in some way. But my guess is that it'll be in another related area. And I'm also guessing that the actual monetary figure will be much less than $60 billion. Again, there's a lot that goes on domestically that will interrupt the discussions.

REICHARD: Nice to end on a positive note! Professor Glen Duerr with Cedarville University has been our guest. Professor, thanks so much!

DUERR: My pleasure. Thank you for having me.