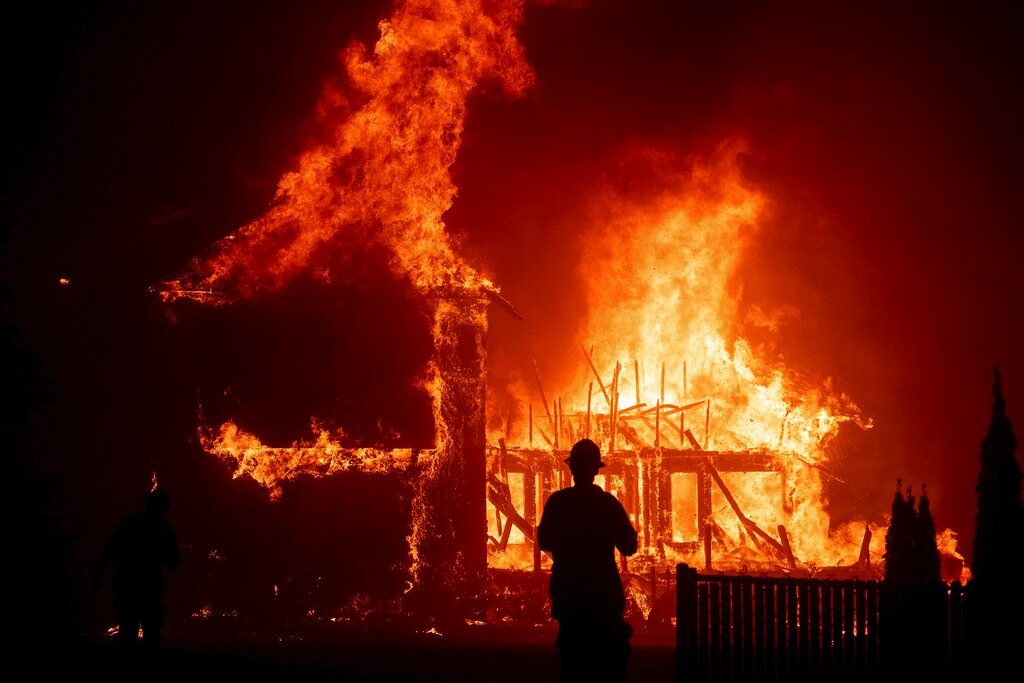 NICK EICHER, HOST: Today is Tuesday, November 24th. This is WORLD Radio and we’re so glad you’ve joined us today!

MYRNA BROWN, HOST: And I’m Myrna Brown. Two years ago this month, California suffered the deadliest and most destructive wildfire on record in the state, called the Camp Fire.

The blaze killed 88 people. It destroyed more than 18,000 homes and businesses.

EICHER: Today, tomorrow, and Thursday—over three days—we will hear from a handful of survivors who thought they’d found paradise, then lost it all in a matter of hours.

Earlier this fall, WORLD’s Sarah Schweinsberg traveled to the town at the center of the tragic wildfire and she has our story.

SARAH SCHWEINSBERG, REPORTER: In the Sierra Nevada foothills, trees grow like grass. From the air, the forest looks like a manicured lawn. There’s oak, pines and firs. And it doesn’t stop when it reaches the town of Paradise. Instead, Paradise grew up with the trees.

Townsfolk disagree over how Paradise got its name.

One story says Gold prospectors and loggers flocked to the area in the 1850s—drawn by thick forests and a river rich with gold. In fact, one prospector found a 54 pound gold nugget.

The loggers struck it big too. And one day after delivering a shipment of wood, one sat down under the shade of a ponderosa pine, sighed and said, “Boys, this is Paradise.”

The city’s official history page embraces this version. Jody Jones was the mayor at the time of the fire.

JODY JONES: I really do think that people named it Paradise because it was a beautiful place.

There are other stories that are less noble. The legend goes that the same loggers and prospectors were a rough crowd—drinking and gambling. So, overtime, the name evolved like this: Pair Of Dice, Pair uh dice, Paradise.

Regardless, over the years, the town’s reputation changed and it became a kind of paradise for the families and retirees. They came here for a slower, simpler life under a canopy of trees.

TOMILEE DEATHERAGE: We lived in Paradise before the Camp Fire.

Tomilee Deatherage, her husband, and two teenagers left the bustling Sacramento area five years ago and moved to Paradise.

Deatherage taught music at a studio down in Chico, but she didn’t want to live there.

Chico is down in the valley and it’s the largest city in Butte County with 100,000 people. Paradise is just 15 minutes up into the forested foothills with a quarter of the population.

TOMILEE DEATHERAGE: Even though it’s not far from Chico, it still had its own personality. It had a really good small town feel.

The Deatherages bought a house with five acres and went to work making it their own.

TOMILEE DEATHERAGE: Our house felt like it was kind of like a tree house. It had so many trees around. My kids would call it our vacation home, even though we lived there all the time.

Paradise didn’t have a lot of chain restaurants or shopping, but Tomilee Deatherage says it had everything they needed.

TOMILEE DEATHERAGE: We didn’t have a lot of clothes shops and things like that, but we had all the necessities.

Of course, Paradise also has its quirks. Jody Jones says one of the reasons the town didn’t have more industry and businesses is that it doesn’t have a city sewer system.

JONES: Paradise is the largest town west of the Mississippi without a sewer system.

Paradise didn’t officially become a town until 1979. That means it grew up without much of a plan.

Gold miners and railroad companies laid the roads. But their interests were getting to mineral deposits…not moving traffic through the area efficiently.

There’s three main roads through town running north and south. Those roads have short, dead-end streets sprouting off in all directions.

Jody Jones says what the town lacked in organization, it made up for in activities.

JONES: Gold Nugget days was in April. The chocolate fest was around Mother’s Day. In the spring, Johnny Appleseed Days…

Donnie Harp and his wife, Tanya Ross-Harp say that the close-knit community was perfect for raising their six kids.

DONNIE HARP: It was a really great small town feel.

They trusted their neighbors. Children were safe to experience and explore the area on their own. Logan Harp would ride his bike on an old railroad track through town.

LOGAN HARP: Most of my friends were a small slight walk away from that trail. Everything felt close.

Dad, Donnie Harp, moved up to Paradise in the 90s. He was drawn by the affordable housing. Even though his construction business was down in Chico, Donnie wanted to live up here.

He tells a story about a time he went to the bank in Paradise shortly after he moved there. Someone had left their debit card in the ATM.

DONNIE HARP: And there was a note posted on the ATM that said so and so you left your card in the machine. I’ll bring it to the bank tomorrow kind of thing. And I thought, Wow, that’s a good community. (laughter)

Chris and Andy Robins like to drive up Paradise every now and then.

ANDY ROBINS: This was grass, and it was usually green. And the stumps over there were a couple big large oaks.

The couple stand where their cozy, ranch-style house tucked off into a grove of oak trees once stood. The house they raised their family in once.

Now the only evidence it was ever here are some cracked concrete steps and a charred retaining wall.

ANDY ROBINS: This is our staircase down to the concrete slab, which was part of the driveway. And where all those limbs are was where the house was.

Chris and Andy Robins both grew up in the area, so they’ve seen forest fires before.

CHRIS ROBINS: We’ve been evacuated, oh, how many times…

But the Camp Fire wasn’t anything anyone in this area had ever experienced.

ANDY ROBINS: Normally you have time to evacuate. Because normally it takes a while for the fire to get over there.

Not this one. This was unlike any fire the area had ever seen. In just 90 minutes, the fire traveled seven miles—catching an entire town by surprise.

BROWN: Sarah returns tomorrow with part two of her three-part series with dramatic stories of a town on fire.

(AP Photo/Noah Berger, File) In this Nov. 8, 2018 file photo a home burns as the Camp Fire rages through Paradise, Calif.