An ethanol refinery in Chancellor, S.D., one of many in the midwest, is shown, July 22, 2021. Stephen Groves/Associated Press Photo 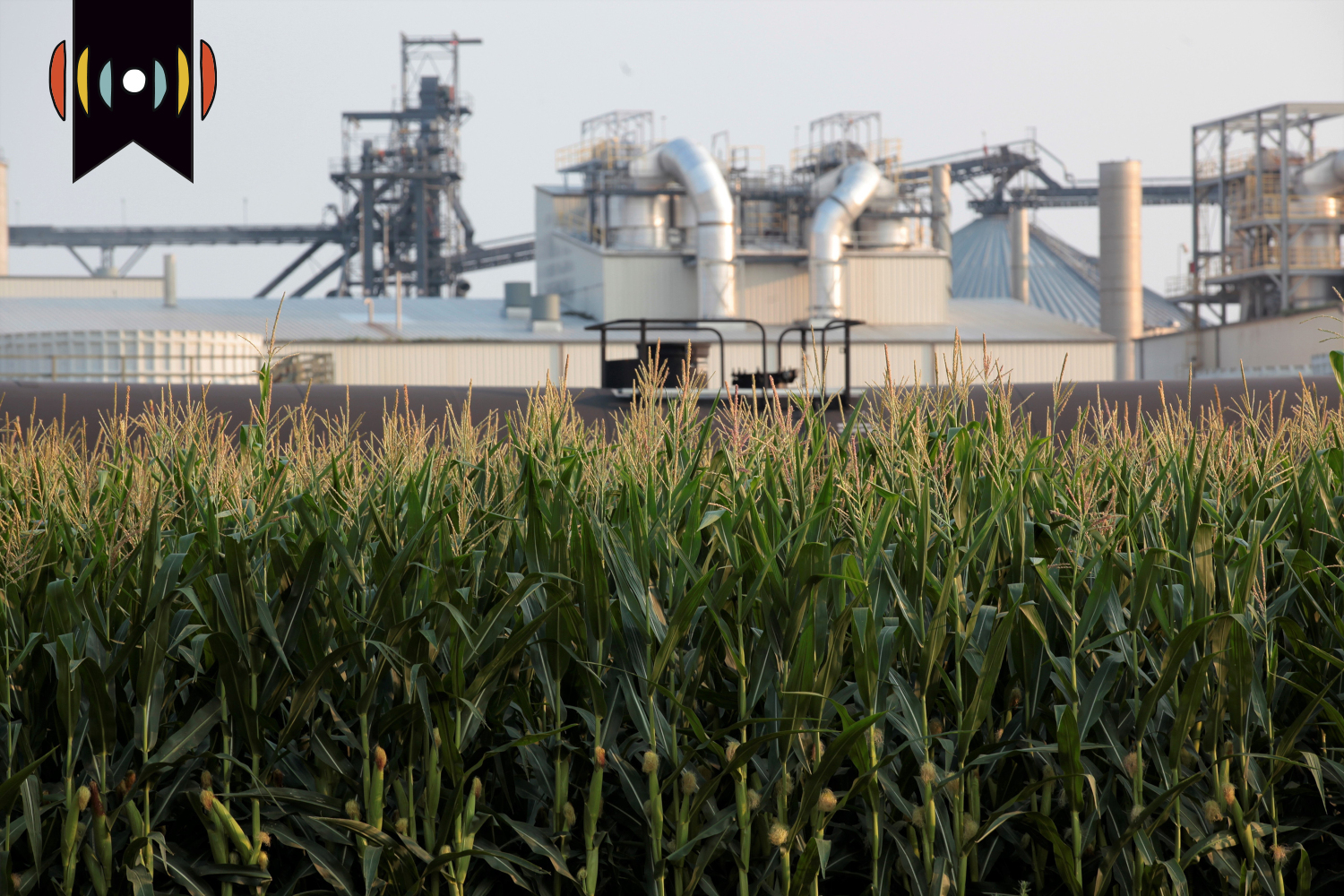 MARY REICHARD, HOST: Coming up next on The World and Everything in It: relief at the pump.

President Biden recently announced another release of oil supplies from the nation’s strategic petroleum reserves. He’s ordered the release of 1 million barrels of oil per day for six months. And this week he unveiled a plan to produce more corn-based ethanol.

MYRNA BROWN, HOST: Those were the administration’s latest moves to control soaring energy prices. The national average for regular unleaded is just over $4 dollars per gallon.

Here to help us understand what to expect is Katie Tubb. She is an expert on energy policy and a research fellow at the Center for Energy, Climate, and Environment at the Heritage Foundation.

KATIE TUBB, GUEST: Good morning! Thanks for having me on, Mary.

REICHARD: Glad to have you back. Has the release from the strategic petroleum reserve so far had much of an effect as far as lowering prices at the pump?

TUBB: I think it certainly had some effect. ​​But the problem is it's not a permanent solution. And so my frustration and I think many people's frustration with the president's decision is that he continues to resort to these kind of short term cosmetic fixes to what are much deeper problems about our supply. So, temporary effect, sure, but long term effect, I think there's a lot more work to be done.

REICHARD: What effect will President Biden’s plan to increase ethanol production have on fuel prices?

TUBB: It kind of depends on where you live. So, E-15 is a higher percentage of ethanol, that's what President Biden allowed for for the rest of this summer. But most gas stations don't offer E-15 fuel. If you look at a gas pump, you'll see E-10, which is what most gas stations offer and are required to offer under the Renewable Fuel Standard, which Congress put in place in 2005, mandating the use of ethanol. So that's a longer way of saying it depends on where you live, but I don't think it's going to help many Americans, and certainly not in the long run.

REICHARD: Many Democratic lawmakers accuse oil companies of price gouging American consumers. Is this scapegoating oil companies for the cameras, or is there something to this accusation of taking advantage of consumers?

TUBB: No, I think this is again another diversion tactic and it's because oil, crude oil, which is the fundamental component of gasoline, is a commodity that's globally priced. So, American oil producers, gasoline refiners, they're competing with prices that are set at a global market. So I think, again, it's diversion tactics to say that American oil and gasoline producers are running some kind of cabal over American consumers here.

REICHARD: The White House has also criticized energy companies recently, saying some of them have permits to drill on public lands, but they’re not using those permits. What is your response to that?

TUBB: Again, more of the same, unfortunately. So, the way energy production on federal lands and waters works is it's quite a long and economically intensive process. So, you know, the stats the administration has been relying on, you know, these 12 million acres of leased lands that aren't producing 9,000 leases that companies aren't availing themselves of, you know, those sound like big numbers, but I'll just, you know, 12 million acres again, sounds like a big number, but the federal government manages over 700 million acres just for multiple use purposes. And then you start to look offshore, and the federal government manages well over a billion acres. That's a billion with a B. So again, 12 million acres isn't a whole lot. Looking at the leasing side of things, 9,000 leases, again, sounds like why are these oil companies using the leases that they have? But I think the president is either not understanding the process or hoping Americans don't understand the process of energy production on federal lands. And I think it's described well by thinking of a funnel, that you get a bunch of leases, and you start to work down to ones that actually have energy that can be produced at all or even just affordably. There's no guarantee when you get a lease, that there's actually energy under there, and that you can get it out. So, again, when the administration points to these leases that aren't being utilized, I think they either don't understand the process, or they're not willing to admit that there is a process of actually producing energy on federal lands and waters, for that matter, that's quite time intensive and quite expensive and at the end of the day, it all comes down to is there even energy there to be produced?

REICHARD: One thing that has helped to bring the national average gas price down a little bit is that a handful of states have suspended their state gas tax for now. In Georgia, for instance, that’s 29 cents per gallon. Is suspending the federal gas tax of 18.4 cents seriously on the table? And would that be a good idea?

TUBB: It hasn’t been pulled off the table. So until it's pulled off the table, it's something to be considered. But I don't think it would actually help Americans and here's why. The federal gas tax is used to support maintenance of the highway system, or that's what it's intended to use. So if we're not paying for that through the gas tax, we will be paying for it elsewhere in federal spending or in taxes. So really, suspending a gas tax is just shifting that cost elsewhere. And hoping nobody notices. And I think, you know, with all of these things, Mary, we've talked about, it all boils down to what I think is more of the root problem. And that's increasing supply in the United States. There's a lot of things I think the administration could be doing to get to that root problem. And to, frankly, help our allies do the same. But these other proposals, gas tax holiday, E-15, SPR, these are all I think, very cosmetic, surface level “solutions” to kind of distract from that root problem, which gets frankly to the core of the president's policies when he talks about energy, climate, and economic vision for this country.

REICHARD: Katie Tubb is an expert on energy policy with the Heritage Foundation. Katie, thanks so much!

TUBB: Mary, thanks for having me on.