Easing back to normal

WORLD Radio - Easing back to normal

What will life look like now that many of the pandemic measures are coming to an end?

A sign requiring masks as a precaution against the spread of the coronavirus is posted on a store front in Philadelphia, Wednesday, Feb. 16, 2022. Matt Rourke/Associated Press Photo 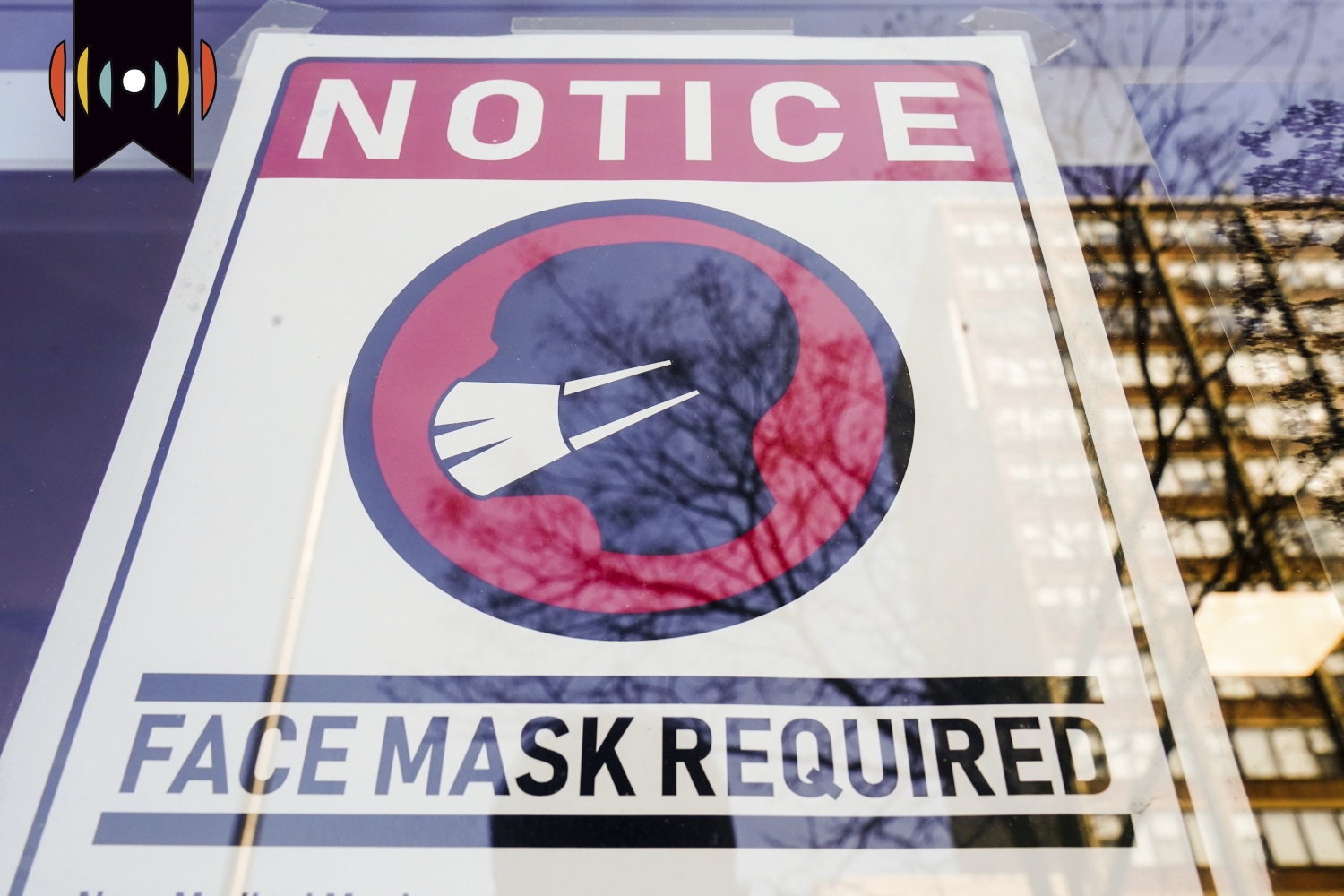 MARY REICHARD, HOST: Coming up next on The World and Everything in It: bringing back the old normal.

COVID cases have plummeted in recent weeks, following a surge in the prior two months.

MYRNA BROWN, HOST: Four weeks ago, U.S. health officials recorded about 800,000 cases a day. On Monday, that number was just over 150,000. Hospitalizations have fallen as well, by nearly half from the peak one month ago.

Things are looking so good that health officials—even in states with the strictest pandemic measures—are slowly moving toward a return to normal.

REICHARD: Joining us now to talk about what could be next is Zachary Jenkins. He’s a pharmacist who specializes in infectious diseases. He’s also a professor at Cedarville University in Cedarville, Ohio. Good morning, Zach!

REICHARD: One upside of the highly infectious omicron variant was that so many people got it and recovered. Does that mean we now have what amounts to herd immunity? And what does that mean for our collective immune response to future variants?

JENKINS: So there are a few things to consider. One great thing about Omicron is it's almost the great equalizer when you compare it to the previous variants in that it spreads so fast, so rapidly, so profusely, that it's exposed a lot of individuals. Now, the nice thing about it is it's actually caused less severe disease for at least most people. So much so that it's been referred to as the omi-cold by some individuals. So with that, I think what we're seeing is people acquire immunity through natural exposure, which is something that would normally happen in the setting of an infection. And some studies that have been done so far have demonstrated that that immunity will last probably somewhere around four months, maybe a little bit longer as far as just preventing getting infected again. Now, as our cases are dropping down, one thing to kind of consider is we're moving out of the seasonal era of being kind of locked inside because of the coldness, because of the weather. So you will probably see cases go down as a result of that. By this fall, though, what we're expecting is more than likely, this is probably going to look a little bit more like a seasonal cold virus that we would typically have. Like other coronaviruses. The thing we can't say is whether or not this immunity is going to last for an extended period of time. The antibodies, we know, will decrease. There'll be some that's leftover for you know, up to a couple years most likely. But long term immunity and severe disease is what we really care about and this far we can say it's persisting, whether you've acquired immunity through vaccination or through exposure past, you know, our prior couple of years here of data, we don't really have enough to say how long that will last.

REICHARD: Well you know with every new variant that came along, it was less virulent. Do you think that’s a pattern we’ll continue to see or might we get another more severe variant like Delta was?

JENKINS: Delta was, for sure, more infectious as far as being more transmissible and the same is true for Omicron. Delta also tended to cause more severe disease. Now, Omicron, the big difference here is it's a lot more similar to a cold virus. If we're lucky, what we'll see is more variants that are similar to this in the future, where you'll have these characteristics of the ancestor being passed on and on and on, to the point where this actually lessens in severity. Now, the nice thing on top of that is we hope people will have some exposure and some baseline protection against that. So you should see less severe disease, hopefully, from the virus mutating and then also through previous exposure.

REICHARD: Let’s talk about testing now. Mask mandates and other pandemic-era restrictions are going away. So do you think we’re near a time when people won’t need to get tested for COVID every time they have symptoms, because it’s going to be more like the flu and not as big of a deal?

JENKINS: It's a little hard to say. I think, you know, our experience in the United States is we were hit hard, we were hit fast, and then the other thing to consider is that we've had a lot of testing capabilities and things on our side, but there are other parts of the world that have not necessarily had that. So until a large portion of the world is exposed, what we're going to see are more of these variants that spin out. So the thing we have to consider is we could see something more serious in the long run. Can’t predict that. Again, I think the trajectory right now is aiming towards less severe. But if we happen to have something that is more significant in our future, you may see some of those things pop back in place. With that said, at the current rate things are going, it looks like we'll be moving away from at least doing this routinely in all settings.

REICHARD: Hm, well that’s good news. I want to move on to the shots now: The current protocol for the Pfizer and Moderna vaccines calls for two doses and a booster. Might these shots turn into an annual routine, like the flu shot?

JENKINS: That's a great question. And so there's a lot of variables here and there's a lot of nuance based on the evidence that we have. And that's not necessarily reflected in policy right now. To give you an example of what I mean, if someone's been previously infected, or maybe were infected after they had a shot, they seem to actually have some of the best, most robust immunity out of everyone—whether you had someone that was compared to just naturally exposed and infected, or some of those vaccinated. So what does that mean as far as future shots? That's something we don't know. We also know spacing shots apart farther than what these things were initially approved for, seems to result in less potential for adverse effects, and also seems to have a better immune response that it generates. So what would that mean, as we kind of look forward? The CEO of Maderna, as an example, has been on record stating that he doesn't expect there to be more “boosters” that are necessarily required. And Israeli data tends to reflect that they tried extra boosters, didn't seem to have much of an effect. But as this thing tends to remain with us—and it seems like it's going to for some time—people's immunity will wane, we're going to see more infection again. Hopefully, we'll see less severe disease, I think that's probably what we're going to see. But they're looking at combining this with the flu shot. So it's a single shot that you would typically already get if you're in an at risk population. So it's less of a burden. So I think there's going to be that trend towards an annual shot. But some of the debate right now is whether it needs to be annual, biannual, every five years, there's a lot of arguments going on in the scientific space on that subject.

REICHARD: A lot of unknowns still. Zach Jenkins is a pharmacist and pharmacology professor at Cedarville University, a Christian college in Cedarville, Ohio. Zach, thanks so much for joining us today!