Driving a wedge between Democrats and Israel

WORLD Radio - Driving a wedge between Democrats and Israel

Activists supporting Palestine gather at the Washington Monument during a demonstration in Washington, Saturday, May 15. 2021. Jose Luis Magana/Associated Press Photo 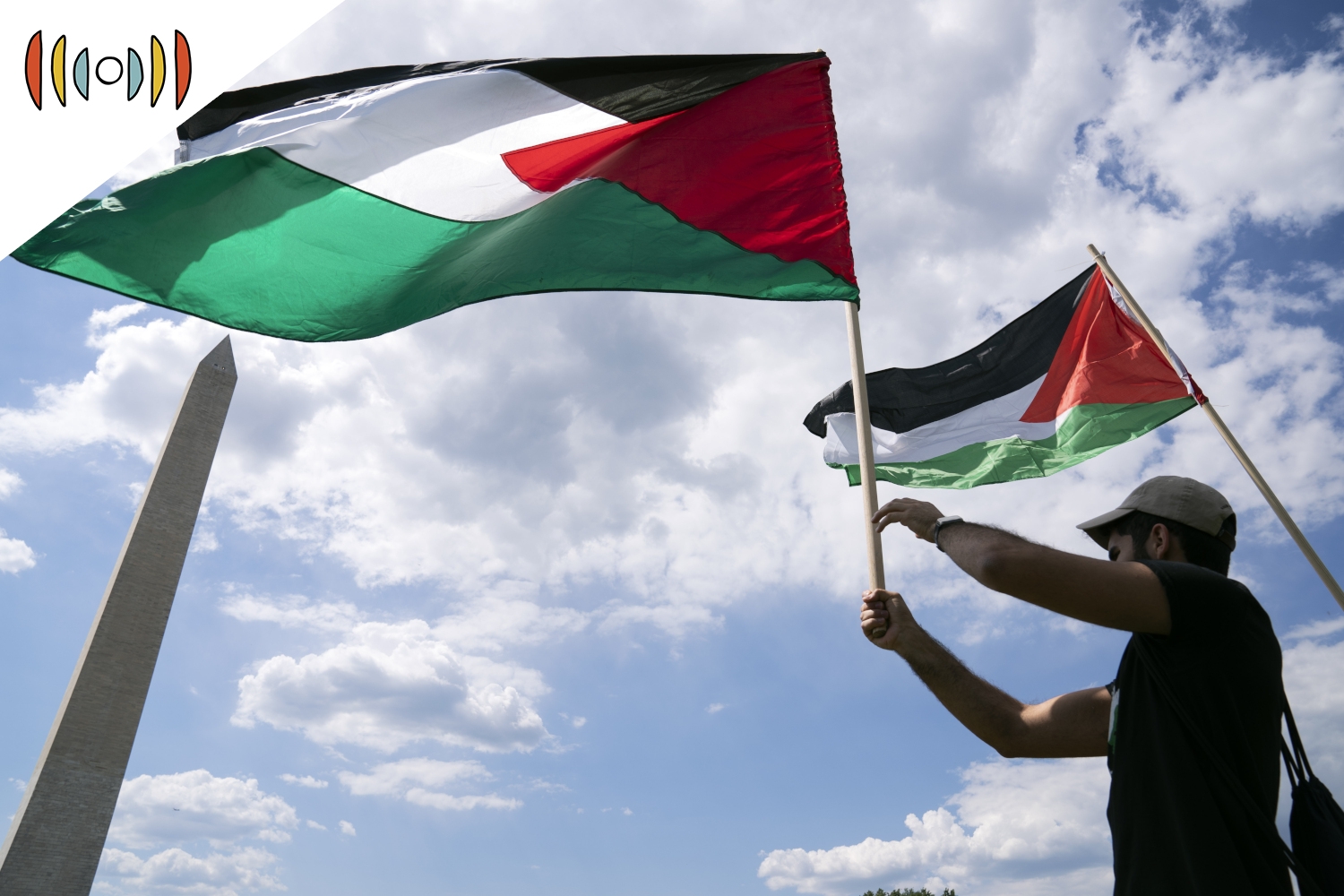 MYRNA BROWN, HOST: Up next: the growing rift within the Democratic party over U.S. support for Israel.

From the start of the latest battle between Hamas and Israel, the Biden administration pushed for de-escalation and ultimately a ceasefire. But while many nations, including U.S. allies, criticized Israel’s military response to Hamas rocket attacks, the White House maintained...

PSAKI: As the president conveyed in his statement, Israel has the right to self-defense.

Last week, President Biden declared that his support for Israel has not changed. And the State Department announced that the United States would move ahead with a planned arms sale north of $700 million to Israel. That drew the ire of some lawmakers within the left wing of the Democratic Party. Among them, New York Congresswoman Alexandria Ocasio-Cortez and Independent Vermont Senator Bernie Sanders, who tried to block the sale.

SANDERS: The United States of America has got to be leading the world in bringing people together, not simply supplying weapons to kill children in Gaza.

BROWN: The Biden administration notes that Hamas embeds itself within the civilian population, using Palestinians as human shields.

Sen. Sanders also concedes that Hamas is a terrorist organization and should be condemned.

But the schism over unwavering White House support for Israel highlights a growing rift within the president’s party on the matter.

REICHARD: Joining us now to discuss that is Professor Samual Abrams. He is a professor of politics and social science at Sarah Lawrence College and a visiting fellow at the American Enterprise Institute. Professor, good morning!

ABRAMS: Good morning. Thank you so much for having me.

REICHARD: Is this tougher attitude toward Israel confined to sort of the AOC-Sanders faction or is it more pervasive among Democrats than what we’re seeing publicly?

ABRAMS: Sure. So, I think it really is confined to the AOC squad and is not nearly as pervasive among the Democrats, I think what's important to know, is that like the GOP, in many respects, the Democrats are going to be going through their own reckoning in, you know, any moment. You have an older cohort of Democrats who understand the importance of American-Israeli relations. They understand just how important it is to sustain and protect Israel. And they understand that the interests are deeply interconnected and tightly coupled. And then you have a newer crew, which we often call the squad, and these are very progressive Democrats who really see the world very, very differently. People like AOC, and then Bernie Sanders, who doesn't fit the mold, he's the exception—take a very different tone and attitude. And the Democratic Party is going to have to reckon with this. They're gonna have to figure out where they stand and how to sort of merge or mitigate these two very different worldviews.

REICHARD: Have we seen criticism of Israel from the left wing of the party during past conflicts in the Middle East?

ABRAMS: Well, we have but the current incarnation of the sort of left wing of the Democratic Party is really very new. This is a really new progressive impulse that we've seen develop over the last one or two election cycles. And this is the outcome of decades of sorting, where basically you have Democrats who no longer, you know, what we call cross cut cleavages—they no longer necessarily may be conservative on one thing liberal on others. If you're a progressive, you believe ABC and X, Y, and Z. And this is a very aggressive and growing part of the party.

REICHARD: Surveys show that about three-quarters of Jewish voters tend to vote for Democrats. Could the divide over Israel erode that support?

ABRAMS: It's a great question. And thank you for asking it. I actually just came from a meeting a short while ago where I was talking to a number of Jewish leaders here in New York City about that very question. A number of years ago, it was unambiguous that Jews basically supported Israel and in all respects. You know, it was the Jewish homeland. It was a country that was deeply connected in our imaginations and to our collective understanding of who we are as Jews. And when you think about the Holocaust and the past, how you handle your sense of identity and your place in the world. Unquestionably, that support has eroded. I can't tell you numbers. What I can tell you for sure is that there will be a decline in support. Folks under the age of 40 are appreciably less supportive of Israel than folks over 40. And I think you're gonna see some of that defection. The real question is just how deep that sort of position is, and I am rapidly and quickly trying to figure that out now.

I recall a hot mic moment when then-Secretary of State John Kerry was caught criticizing Israel. Is the Biden White House just maintaining a more positive veneer, or do you think the relationship really is stronger than it was under President Obama?

ABRAMS: You know, I'm not inside enough to really know that. I mean, Biden has been a policy guy and a foreign policy guy for decades. And he's deeply, you know, connected to so many diplomatic officials. He knows all of this, I think Biden is in a tough spot. My sense is that Biden does understand the unique relationship, the import of making sure that Israel has those arms to defend itself properly. I think Biden would actually like to be a little more supportive of Israel. But I think Biden also knows that he has this very aggressive, progressive wing developing and on his heels that he has to kowtow to. So I think he's in a very tough spot.

So far, I think he's actually managed Israel fairly well. As he said, it was a soft touch. And my sense is that the United States has still telegraphed its support, and has provided those arms sales. The AOC sort of squad was not successful in blocking those sales to help Israel defend itself. So I think, you know, Biden is walking a tight line. But he's also, again, a seasoned politician. He knows how to do this. It's just, again, things are messy, and they're gonna get messy, and the Democrats have a lot of reckoning and soul searching to do to come up with a clear set of values and ideas. And the Democratic party doesn't really have that at the moment.

ABRAMS: Thank you for having me.

Zev Chafets' book "A Match Made in Heaven," published in 2008, describes how American Jews have been anti-Israel, anti-Zionist, progressive democrats for a very long time. This is not a recent development and it can't hardly get much worse.