Doing tricks in the clouds

One woman’s love of flight breaks the aerobatics glass ceiling 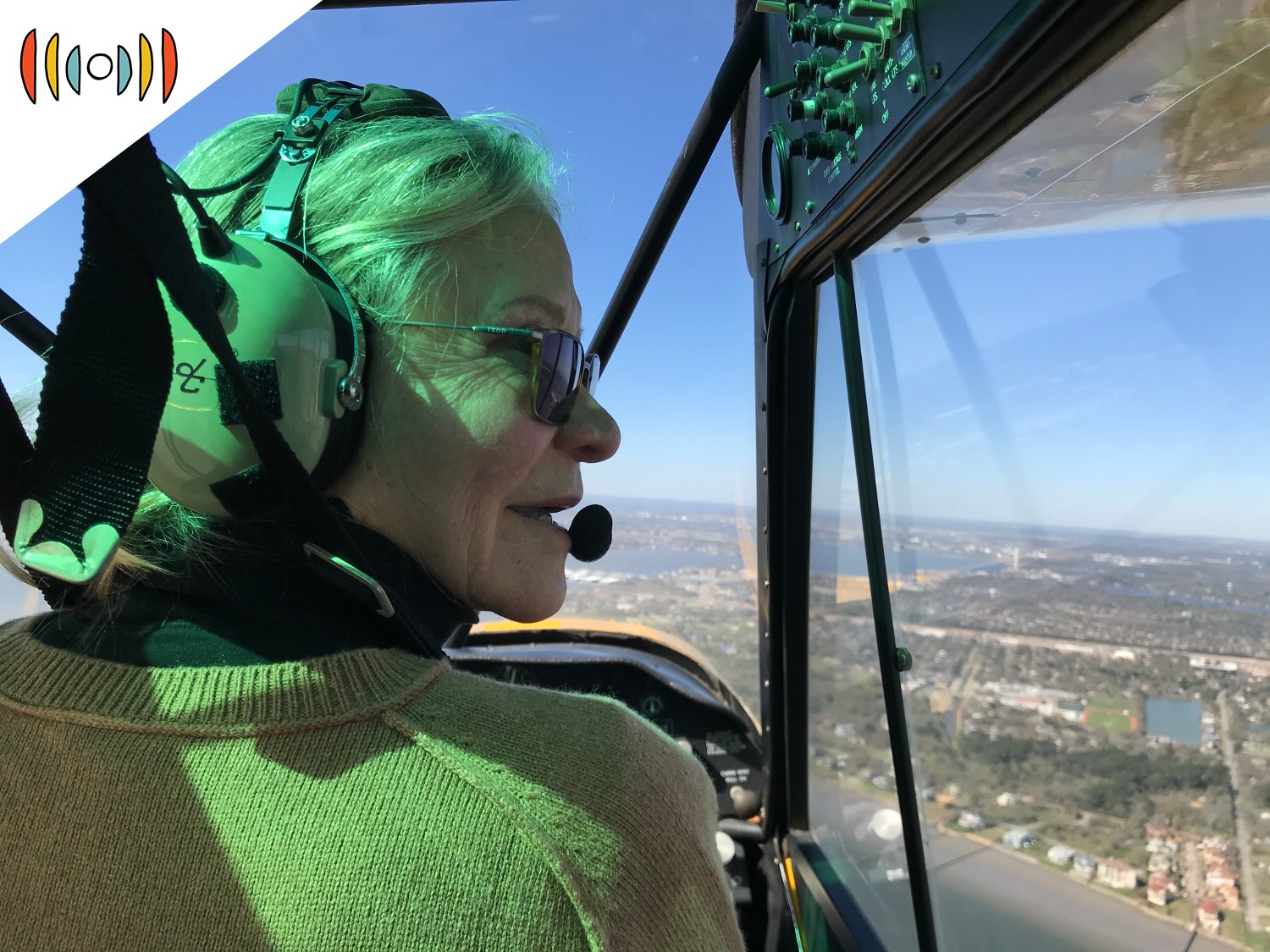 Coming next on The World and Everything in It: airshow pilots. They thrill audiences with what appear to be death-defying acts—seeming to push the boundaries of what is sensible or even possible.

EICHER: In the late 1960’s a teenage girl pushed against barriers she didn’t really know were there. She just wanted to fly. And she was good at it.

GARY: It just felt completely natural. It was just wonderful…

GARY: It did not feel overwhelming. But at 19 you’re invincible. You know. Anything you do, you’re like, ‘Oh, yeh. I can do that…’

At her Houston-area home, Gary recalls that New Jersey summer night when she stumbled upon what would become her career. Out with a friend the two found themselves at an airport.

GARY: And we watched this airplane at night go around the airport and come and roll the wheels on the runway and take off again. And it kept doing this. And I thought he must be having an emergency. Later I what I learned that’s what you call touch-and-gos. That’s how you learn to land…

Gary learned something else that night from a poster on a hangar door. Flight lessons cost just $99 dollars.

Her first lesson taught her even more.

GARY: It was like, finally, for the first time in my life there was something that felt like, yes, I belong here. Not ballet. Not drawing. Not all these different things I’d been exposed to in childhood. None of them were like really a match. But I loved maps. I loved packing things. I loved men. I loved machinery. There was nothing about flying that I didn’t already love. It’s like I found true love at 19 when I had my first flying lesson…

After that first lesson, Gary never stopped learning. When her father’s job temporarily took him to St. Thomas, Gary took a semester off from college to join him. She got a job. Found a flying club. And, within three months earned her pilot’s license.

On the island she learned how to fly gliders and then how to tow them between St. Thomas and St. Croix.

GARY: So, I flew as a glider tow pilot and a glider instructor for maybe three years. Then there was a man who was an airshow pilot that I had met at an airshow in St. Croix who remembered me and came to Vermont looking for me and my boss said, ‘Oh, she’d be great at flying aerobatics.’ In the airshow I had only demonstrated a glider. So, they cooked up this scheme where this man would teach me aerobatic flying and then I would work for him…

Those men Gary said she loved? They dominated the field of aerobatics.

GARY: I didn’t have the misogynist problem and that’s because I had such a confident relationship with my father. And I always loved boys. And I always felt equal to them. I took that into aviation. And I also was very, very enthusiastic and young. And a lot of the guys were older. And when somebody is young and enthusiastic in your field, you wanna help them. You want to give them opportunities, you want to coach them…

She’s grateful for those early mentors and even those who took a while to recognize her talents and not just her gender.

The team’s owner was former British Royal Airforce pilot Manx Kelly. Gary met him when she was flying on another team in Canada. She casually asked Kelly how to apply for his team.

Unoffended and undeterred, Gary let her skill and teachable spirit speak for her. After he flew with her team for a few airshows, Kelly approached the young female pilot.

GARY: He said, 'You know we’re forming this team in Canada and you should try out for it.' And I was flabbergasted because of what he had told me. But he didn’t give me a break…

She made the team. And while on that squad, in 1973, Gary became the first woman in the world to fly the wing position—the most difficult spot on a formation aerobatic team.

Gary’s trip to a New Jersey airport so many summers ago propelled her into a career as one of America’s first full-time female aerobatic pilots. During her 35 years of airshow escapades, she performed with six airshows, flew on three-formation teams and even had a solo act.

At last count Gary has flown more than 90 different kinds of planes.

In 2009 she retired from the airshow circuit, but not from the air. Her bright yellow 1994 Piper Super Cub looks as shiny as the day she bought it.

An airstrip divides her from her neighbors and their hangars.

GARY: I love seeing these bayous and these boats and see what people are doing...

Gary points out features in the map unfolding beneath her and defies the maxim that says “If God had intended man to fly, he would have given him wings.”

GARY: If he didn’t create us to fly, we wouldn’t be flying. He gave us imagination. And he gave us curiosity. And he gave us intellect. And he gave us the ability to observe and experiment. And I don’t think we can do anything that God didn’t mean for us to do. I think we’re meant to fly.

After a career of aerobatic flying, what thrills Gary now?

GARY: Literally just being in the air. You can be in any kind of mood and the minute you lift off you feel this lift. You just, feel like you’re home. And then you make the landing. And no matter how difficult it is it’s a sense of accomplishment. I just feel like I belong up here.

Reporting for WORLD, I’m Bonnie Pritchett, in the air over Houston, Texas.