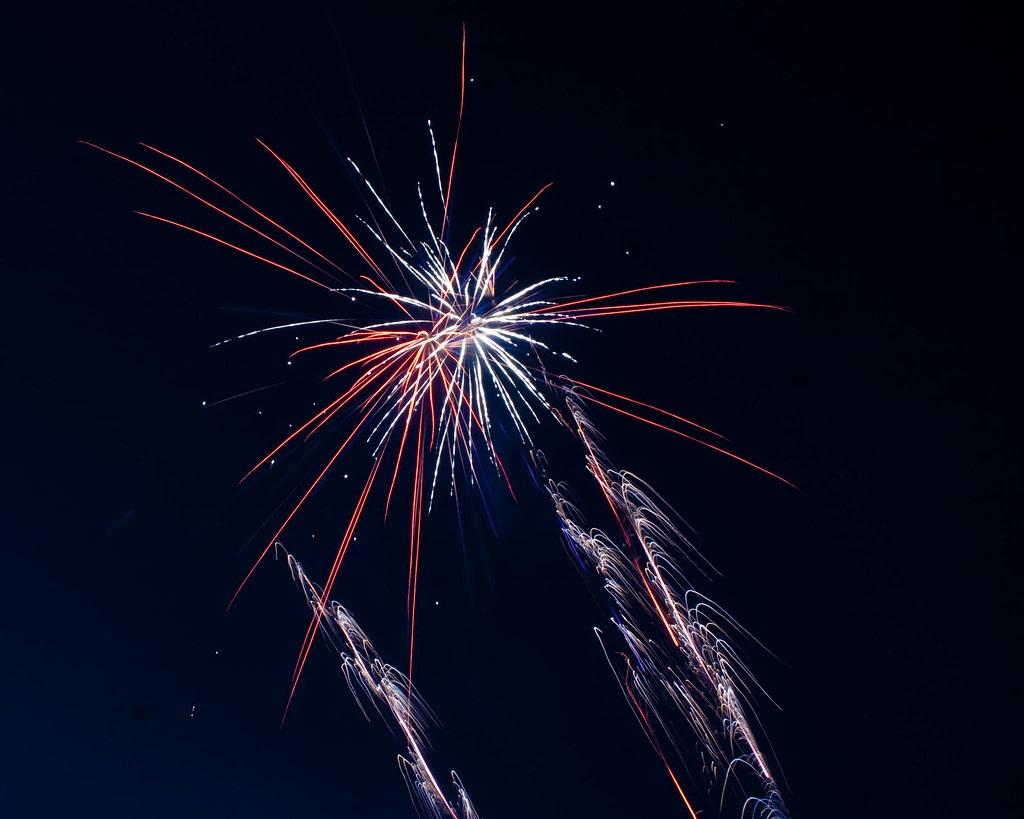 MARY REICHARD, HOST: And I’m Mary Reichard. Coming next on The World and Everything in It: celebrating Independence Day in rural America.

WORLD Radio’s Jenny Lind Schmitt and her family spent their July 4th last year on an island in Puget Sound, Washington. She brings us this story of small-town patriotic celebration.

JENNY LIND SCHMITT, CORRESPONDENT: The Doe Bay Community Association held its first July 4th Independence Day celebration in 1971. Dave and Sandra Durand missed that one, but they’ve been here every year since.

DURAND: It’s a big thing here…Some of the band members say it’s the best celebration on the island.

The festivities begin with lunch. The one firetruck at the red Doe Bay Volunteer Fire Hall is parked out front. Inside, volunteers have packed long tables with potato salad, green salad, chips, and desserts—frosted with red, white, and blue decorations. As people get settled, Community Association president Chris Brems welcomes everybody.

BREMS: Families still come together and celebrate our country’s independence. It was all started 47 years ago by a couple of guys … who actually, I think, really wanted an excuse to play baseball out in the field, whoop their kids, show ‘em what it’s all about, and have a good potluck.

Older guests sit at the tables. Everyone else pulls up a patch of grass for folding chairs and blankets. A few bucks can buy you a hot dog, corn on the cob, and ice cream.

BREMS: By the way kids, you’ve gotta have a note from the folks if you wanna have more than one scoop…

The official program begins with the raising of the flag, the Pledge of Allegiance, and the national anthem.

Everyone joins in—young and old, conservative and liberal, dreadlocks and crewcuts. Thor Hanson is a local biologist. He gives this year’s speech and begins by defining patriotism. He says the word comes from Latin and Greek. It means ‘of or belonging to a country or a clan.’

HANSON: We pay attention to the places we love. We know our neighbors, our people. We know our community, and we know when someone needs help, and we give it freely.

Since the signing of the Declaration of Independence, the U.S. population has shifted from mainly rural communities to urban areas.

Events like this one in Doe Bay are a reminder of how important that is, no matter where you live.

HANSON: Being patriotic is also a wonderful way to describe our love of this place, greater Doe Bay, and these people, this wonderful community that we all treasure so much. [APPLAUSE]

The crowd stands and sings together.

Once the speeches and singing are over, it’s time for the annual parade.

ANNOUNCER: What’s going to happen is, march down to the mailbox with the balloons on it, the whole time playing your own kind of music.

The marshal leads the way in a little blue convertible, and the crowd follows, making as much noise as possible.

15 cows in the pasture across the road eye the flag-wearing kids, dogs, and kazoo-playing adults. Then the cows start to gallop.

After the parade an auction raises money to pay the building’s utilities for the year.

Dave and Sandra Durand used to come just for vacations, back to the house where Sandra’s great-grandparents homesteaded. Eventually, they decided to return full time. Last year their son and daughter-in-law moved to the island too.

In the evening, most everyone turns out again for the fireworks display.

It’s the hardest part of the day: Waiting for dark to fall and the show to start. Thankfully the band is back.

At last the fireworks begin.

ANNOUNCER: Let’s hear extra loud for the green ones. The green ones are the really expensive ones. [Cheering]

CHILD: I had two of them. The rainbow ones and the blue ones.

BOY:  The ones that go up and then they explode and then the things that come out of the explosion explode.”

When Alexis de Tocqueville wrote Democracy in America in 1835, he said the strength of the nation rose out of involvement of citizens in local communities. Today, Sandra Durand calls that “old-fashioned values.”

DURAND: That you know your neighbor, And if you don’t, you meet them anyway, and you’re friendly with them. Camaraderie.