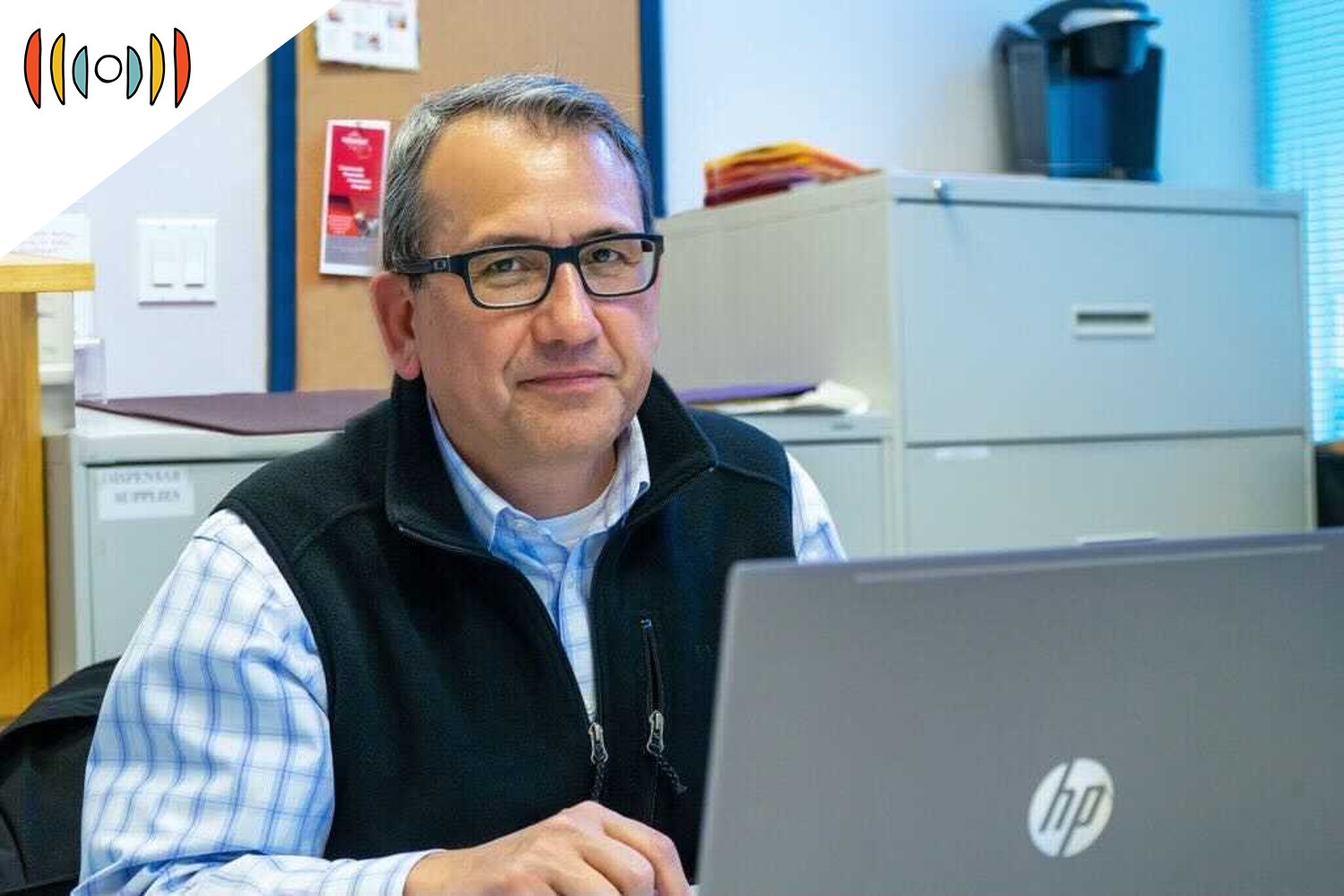 Thank you for tuning in to WORLD Radio today.

The Seattle Mariners are saluting a Home Town Hero during each home game this season. Someone who helped other people survive and thrive during the pandemic.

Tomorrow, physician assistant Keith Erickson will be recognized for the pivotal role he played before the pandemic. He’s been anonymous until now. He tells his story for the first time with World correspondent Bonnie Pritchett.

CORRESPONDENT, BONNIE PRITCHETT: Keith Erickson practices medicine in a variety of roles here is Snohomish County, Washington. He volunteers at a faith-based clinic he helped start. He works for a family practice and moonlights at an urgent care clinic.

ERICKSON: I was filling in. In urgent care we just see patients as they come. It was just a regular, busy, flu season day. Right? Cough. Colds. All day long. So, I went to see a patient…

The patient was suffering with a cough and fever. He was a Chinese national. He had returned to the United States four days earlier from Wuhan, China. The patient gave Erickson additional information.

ERICKSON: I came from Wuhan, China. I have cough and fever. I was told there’s a new virus in China. I hadn’t heard that…

So, Erickson left the patient in the exam room and checked the Centers for Disease Control and Prevention website for information about the new virus.

ERICKSON: And, lo and behold, there was a bulletin that says the three criteria. Look out for this patient. They have a new virus in China. We’re not sure what it is but look for this patient.Travel to China. Fever. And respiratory illness. So, I thought, that meets the criteria. So, I picked up the phone…

He called the Washington state Department of Health.

They did. The caller identified herself as the head of epidemiology and questioned Erickson about the man with the cough and fever still waiting in the exam room.

ERICKSON: And she said, “I need more story. Has the patient been to market. So, I just go, asked more questions. Came back. We shared more histories and then the officer said, “I’ll call you back.” And then the CDC, they talked among themselves, and decided this might be the patient zero in the United States…

Waiting in Erickson’s exam room was, possibly, Patient Zero: The first person in the United States to be officially diagnosed with what would eventually be called COVID-19.

In order to confirm their suspicions, CDC officials told Erickson to collect nasal, oral, and blood samples from the patient.

ERICKSON: By then they’re like you need to wear N 95 mask. You need to wear the shield. You need to have all the PPE’s. So, I took all the samples. By then a Washington state Department health officer came with a biohazard box, took all my samples and went out that night to Atlanta.

After waiting five hours in the exam room and being peppered with questions, the patient finally went home. The clinic gave him a mask, gloves, and instructions to go straight home and quarantine. State health officials began contact tracing his movements before he arrived at the clinic.

ERICKSON: I went back to work on Monday. And then Tuesday I got a phone call saying that, "Mr. Erickson, you need to stop what you’re doing. Turn your computer off and go home." [CHUCKLES] I’m in the middle of seeing patients. Nope. You need to turn it off. Put your mask on. Put your glove on. You need to go home. Then I found out the patient tested positive…

Tested positive for what? In mid-January, the medical community had no name for this new strain of coronavirus.

Patient Zero was hospitalized in Everett and placed in a negative pressure bubble to keep him isolated.

Erickson tested negative for the virus. But a week later, he developed a headache and a slight fever. By then he had begun paying attention to news out of China.

ERICKSON: In the beginning because you hear all the news about the people getting sick with the new virus dying in China. Right? So, I was worried…

The unfolding events made Erickson take stock of what he believed.

He never contracted the virus. And, according to reports from his colleagues, Patient Zero recovered. Erickson chose to tell only family and a few friends about his role in diagnosing Patient Zero. State and National health authorities also kept his role quiet.

That was until his colleague nominated him for the Hometown Hero honor.

ERICKSON: And they gave me four tickets and a parking pass. And behind first base. The best seats. So, I’m like sign me up! [ANOTHER VOICE OFF MIC] Have you been practicing your pitching? No, so instead of me pitching, now I get to wave. [LAUGHTER] Which is OK. I already said yes, I cannot back out now...

The pandemic’s deadly effects are starting to wane in the United States. But Erickson says the novel virus exposed ancient wounds in the human heart. He believes God can provide healing and Christians can assist by exemplifying two characteristics.

ERICKSON: He was kind and he was gentle. I think that should mark every Christian especially at a time of pandemic when there’s so much sadness, so much illness, and people are depressed. And it's not a time where we condemn because we are right. I think it’s a time that we be kind. A time that we be gentle. That’s what the Lord was. The Lord was gentle and kind.