Historic ruins in Mississippi make visitors ponder the past 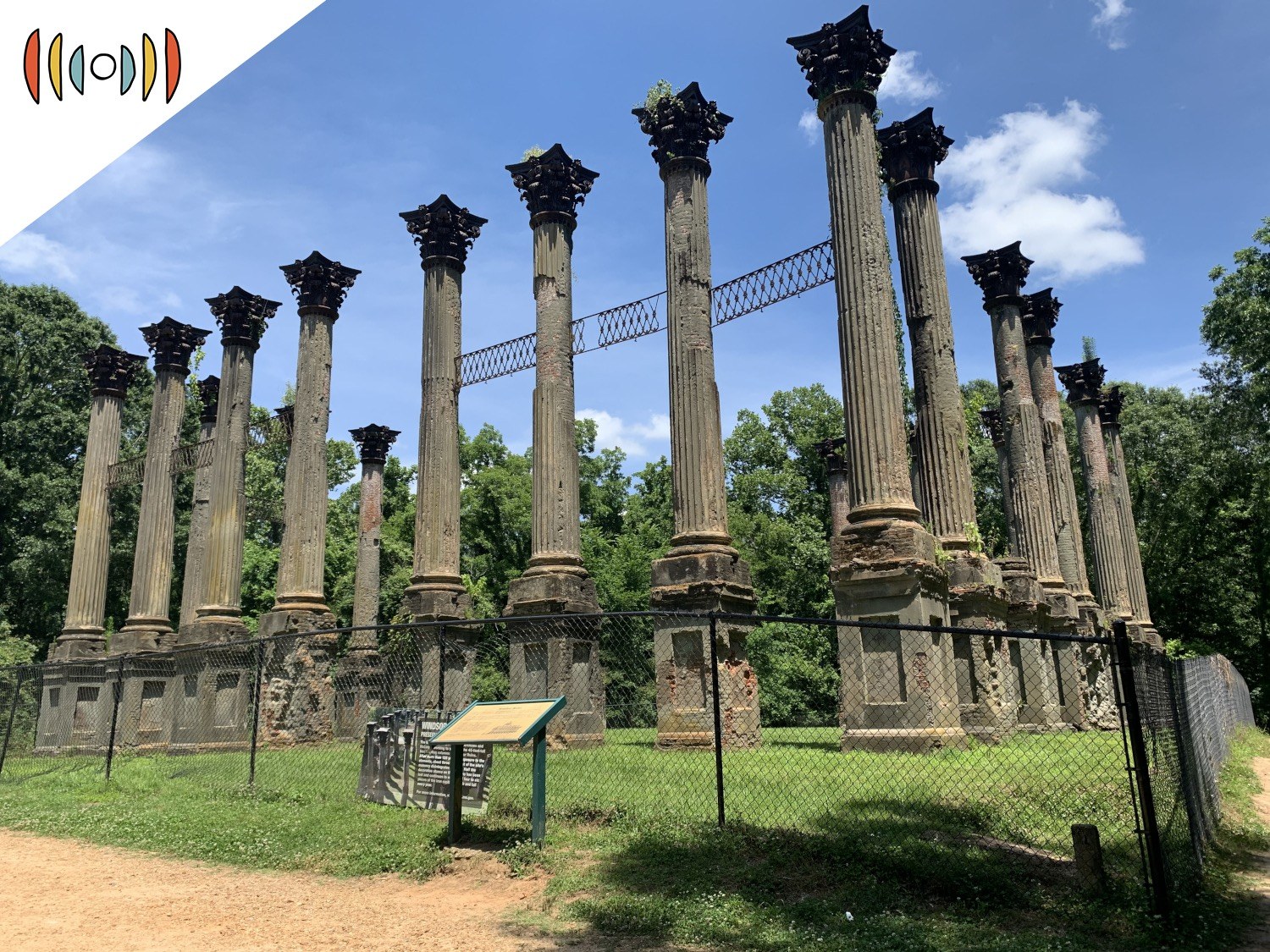 MARY REICHARD, HOST: Today is Tuesday, June 29th. Thank you for turning to WORLD Radio to help start your day.

NICK EICHER, HOST: And I’m Nick Eicher. Coming next on The World and Everything in It: The attraction of ruins.

From Pompeii’s excavations to cliff dwellings in Colorado, historic ruins do fascinate us.

REICHARD: Maybe that’s because it’s a bit like time travel, transporting us to the past, making us consider life long ago. Continuing with our summer Destinations series, WORLD Senior Correspondent Kim Henderson recently visited just such a historical site. And brings us this story.

KIM HENDERSON, SENIOR CORRESPONDENT: The road to Mississippi’s Ruins of Windsor is remote and lonely. It winds through forests, banks of kudzu, and lengthening shadows. Then suddenly you’re here—face to face with a Southern Stonehenge.

A group of visitors filing out from a jeep find themselves at a loss for words.

MAN: You can’t describe it. There’s just no way.

It is hard to describe what’s left of 29 Corinthian columns, most still towering 45-feet tall, each of them ravaged by time—160 years of it. Brick and mortar is eroding at their edges. Vines grow from crevices and cracks. Shrubby plants fracture the cast iron capitals.

In the gravel parking lot, a pair of Chicago natives takes in the scene with Lacey, their Cockapoo.

LUCY: It's unbelievable. It reminds me of Rome actually. I've been to Italy . . This is really beautiful.
KEVIN: I agree. I mean, it looks like you're in Rome. It's really cool looking. Very cool.

Wealthy planter Smith Coffee Daniell II once owned the 2,600 acres that made up Windsor Plantation. It took him two years to complete the main house, a multi-story mansion with 23 rooms. A local paper called Windsor the most magnificent residence in the state. Ironically, Mr. Daniell died just weeks after its completion in 1861. He was 34.

SANDY: Just the idea to know that it was a house. There was life here. There was a family here. It was a very busy place, I'm sure. And probably very beautiful. Just no photographs of the original.

The Kentucky resident is up on Windsor’s history. She’s right—no photographs of the home exist.

How it looked before being destroyed by an accidental fire in 1890 was a mystery for a hundred years. But in 1991, authorities discovered a sketch of Windsor in a soldier’s diary housed in the Ohio State archives.

Sandy and her husband, Jack, have visited these ruins before.

SANDY: The last time we were here was probably 30 years ago. We’ve got slides. Back in slides day. Now we’re doing digital . . .

JACK: You look at this, it tells you essentially, “This is what was going on in the 1860s.” And it's an incredible sight to think about how this was once done and what all was involved in getting things here, building this thing and creating an edifice in the middle of nowhere right now . . .

The Custers are steamboat enthusiasts, which provides a tie to local lore.Windsor had a rooftop observatory. Legend says Mark Twain used it to watch the Mississippi River, and probably steamboats, in the distance.

Windsor’s backstory has other interesting pages. The Union army stopped here on the way to Vicksburg. Grant didn’t burn the house, which was later used as a Union hospital. But he did burn the barn.

Still, some visitors look beyond the outline of towering columns and note craftsmanship.

MAN: The architecture from way back then when they just, everything was done by hand is amazing. We have power tools now and can't produce anything like that. You know what I'm saying?

Jason, a marine engineer from Texas, walked the grounds, checking it out from all angles.

JASON: The columns are beautiful, and the iron work must have been fantastic to see.

Jamie Treadway is an oilfield worker who pays attention to detail.

Treadway says he brought his children here because it’s important to teach them about the past. He makes them stop and look at the delicately carved pieces topping the columns.

CHILD: This must be a pretty big house.

Kevin Warren is visiting the ruins for the first time. He’s a new publisher in nearby Natchez, a historic city that’s learning to balance romantic notions of the antebellum South with tours that focus on slave narratives. He says the same should apply at Windsor.

KEVIN: It's important to know why it's here, who built it and that side of it. But I think it's also important to tell the other side of the story and what the plantation side of it means, because I think it gets lost on a lot of people.

While a mom reads a historic marker to her children, they lean against temporary fencing erected to protect visitors from falling debris. The state is funding work to preserve the site, and Michael Morris of Mississippi’s Department of Archives and History says stabilization efforts are underway.

MORRIS: There were 29 columns at one point. Some of the columns have already fallen and disappeared. If we don’t prioritize this project -- and for the Department of Archive and History it is a priority -- if we don’t tackle this issue we could lose more columns.

But the columns are completely open to the elements. Rain, wind, tornadoes. Restoration work can only slow the decaying process.

And that may be the real takeaway here at the Ruins of Windsor. Even man’s grandest projects will someday fall.

Thanks to World for pointing out the part played by people who were enslaved. I grew up in Mississippi and I am used to hearing the romanticized version of history, but I'm learning that one can appreciate that history may have more than one viewpoint. I.e., Truth is absolute; but human experience may be different from person to person, from family to family, from group to group. One can also appreciate fine architecture, etc while acknowledging that some of the people who produced it were enslaved and/or oppressed. (This is not just part of the history of the American South, of course; it also includes the Egyptian Pyramids, the indigenous ruins in Mexico, the ruins in Greece and Rome, etc, etc, etc.)