A visit to the Orange City Tulip Festival, where traditional Dutch dress is on display 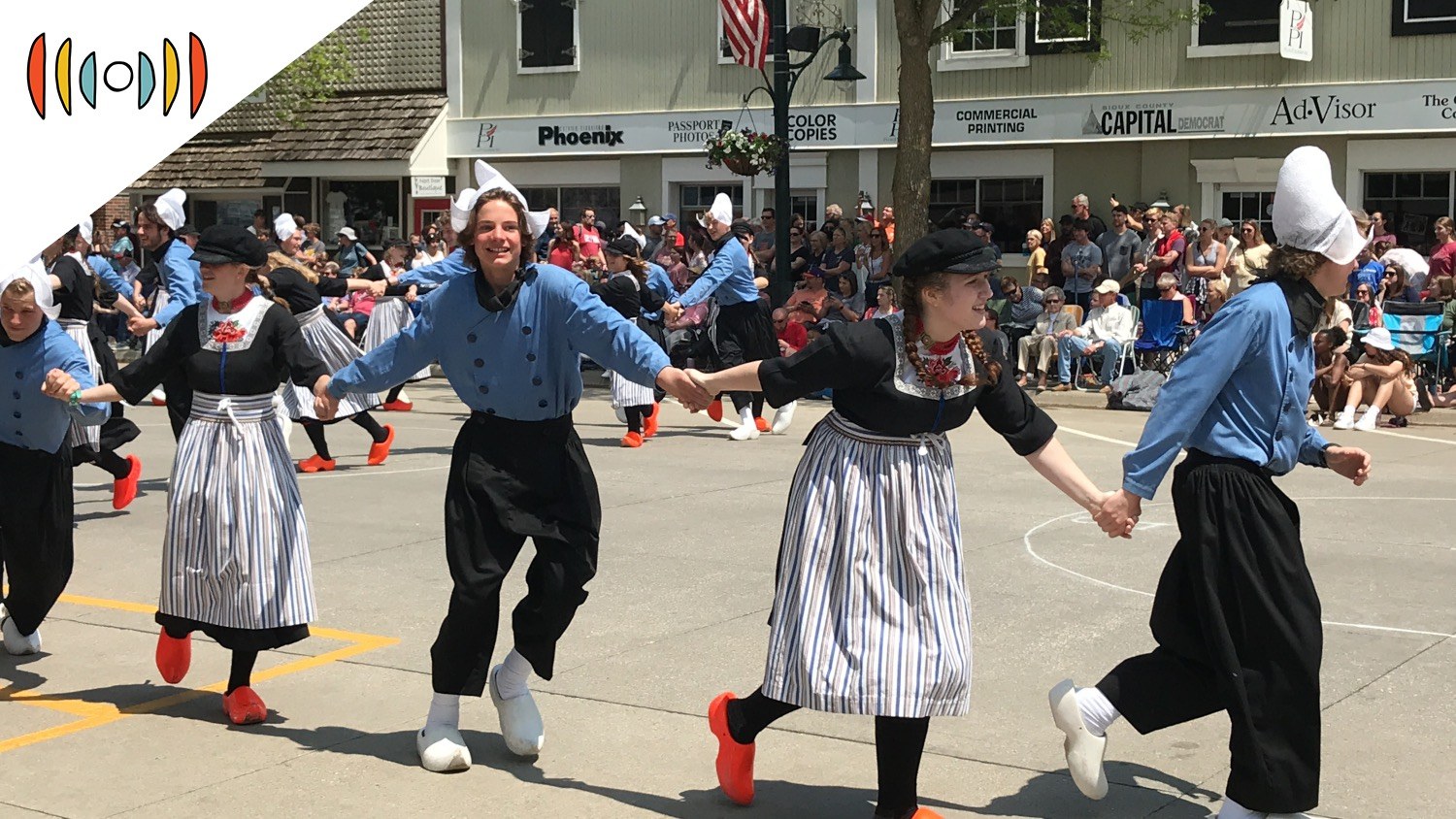 NICK EICHER, HOST: Today is Wednesday, June 16th. Thank you for turning to WORLD Radio to help start your day.

MARY REICHARD, HOST: And I’m Mary Reichard. Coming next on The World and Everything in It: the first in a summer series we’re calling Destinations.

Today, a story from Orange City, Iowa. Every May, the city hosts a tulip festival. The flower is the main attraction, but there’s also folk music, dancing in the streets, and everywhere you look: traditional Dutch costumes.

EICHER: Recent World Journalism Institute graduate Rachel McClamroch attended the festival with 25 other WJI students. She brought her audio recorder and came back with this story about the parade, and two local women who keep the town awash in Dutch fashion.

For the festival, the city crowns a tulip queen in her court to represent the town. Every year they are dressed in the traditional costume of a different town or region in the Netherlands. But it's not just the queen and her court. If you look around the sidewalks, tents and parade floats, many of the festival goers are wearing historical Dutch costumes. Behind all those full skirts, embroidery scarves, shoulder pads, wooden clogs and a dizzying variety of hats, there are people like Marlys Hop.

MARLYS HOP: These are kind of little hooks to hang our purse on.

Hop is an Orange City native. So the festival has always been a part of her life.

HOP: Yeah, I grew up with it. And I was on the court. But my costume wasn't very pretty (LAUGHS). But I didn't know that at the time. You know...

When she was a wife and mother in the 60s, Hop and a friend next door decided to change that by making historically accurate costumes for the festival.

HOP: Well, it isn't Dutch if it isn't authentic (LAUGHS).

This was the age long before the internet. So Hop and her friend wrote a museum in the Netherlands, asking for patterns, photos and samples.

HOP: Here’s a packet that they sent with them. A lot of information.

They also collected books on Dutch clothing. Some were in English, but many others were in Dutch and had to be translated. Accuracy was especially difficult because each town or region had its own traditional dress

HOP: South Holland, and then there's the Zealand area: that's all islands. North Brabant, that's where my dad was from. Utrecht, Gelderland, Overijssel, Granta, Groningen, Friesland. And each one of these dress differently...

Hop and some other seamstresses eventually formed a committee dedicated to making authentic Dutch costumes.

Since the 1970s, they've been making outfits for the tulip Queen and teaching their craft to following generations.

MARY VANWYK OLESON: I have a love of art, textiles and anything that I can create with my hands.

Mary VanWyk Oleson and her niece run a business renting out Dutch costumes for the tulip festival.

VANWYK OLESON: Look at this. These are all hand done. And if you could maybe appreciate the work it takes...

They use the patterns that Hop and the Dutch Costume Committee put together.

VANWYK OLESON: The fact that these gals traced, cut, and then provided all the intricate details to sew each costume. To me, that 's just daunting and a labor of love.

And with every stitch they’re connecting the past and the present.

VANWYK OLESON: What it really means is a true love for where we've come from, what path was carved. Those pioneers that dug dirt, dug ground here, laid a homestead, planted, and made this their home. And people do tend to stay for generations.

HOP: It's just fun working together and you get to meet a lot of people. And that's worth it. It is.