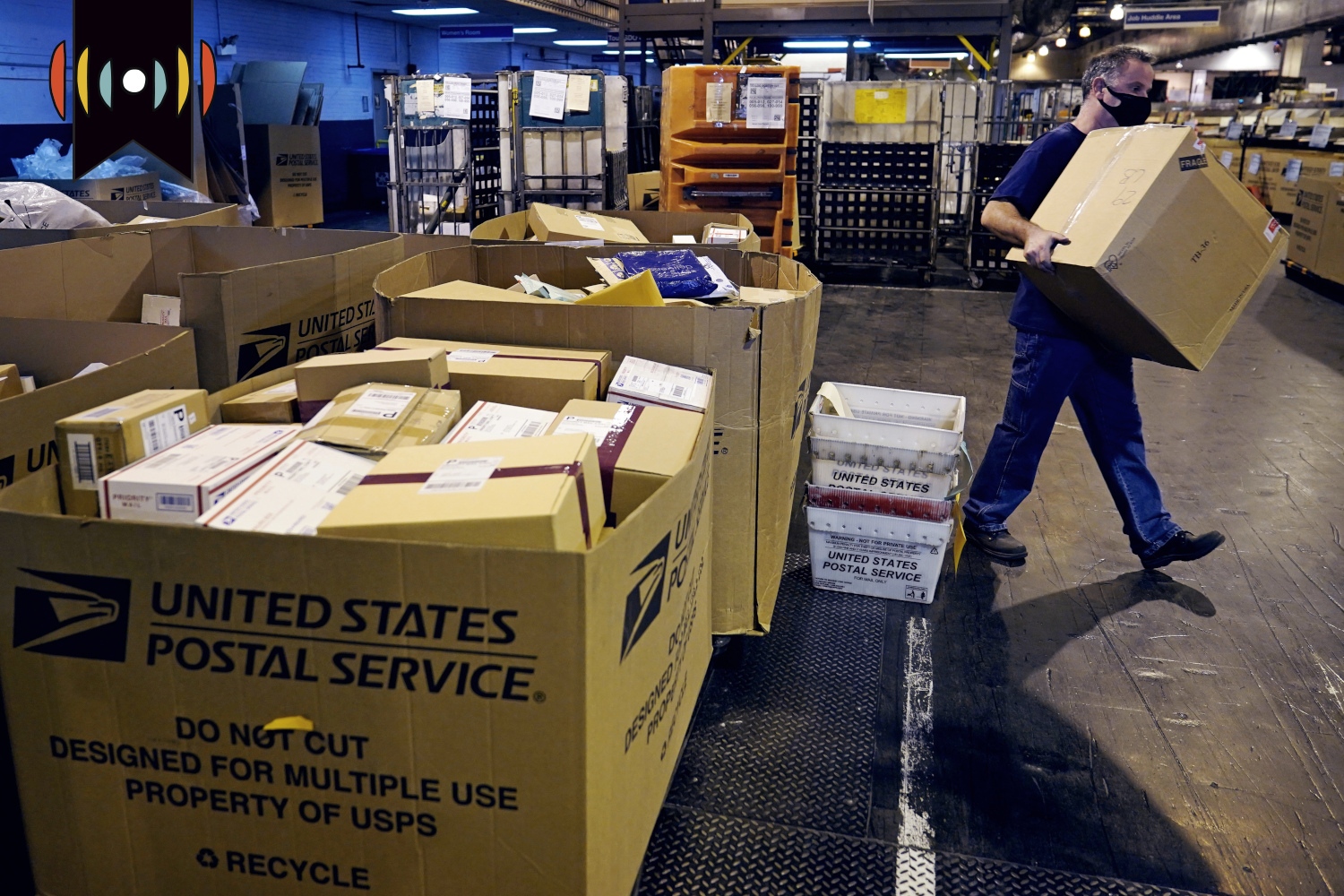 MARY REICHARD, HOST: Up next: delaying your mail!

MYRNA BROWN, HOST: With just 16 days left until Christmas, it’s time to start getting those cards and packages to the post office. Or maybe it’s past time! Just ahead of this year’s holiday rush, the U.S. Postal Service rolled out a new, slower delivery schedule. What will that mean for the agency’s future? WORLD’s Josh Schumacher reports.

JOSH SCHUMACHER, REPORTER: The Post Office on East Market Street in Leesburg, Virginia sits right across the street from the Loudon County Courthouse. The street is full of cars, but few of them were turning into the Post Office parking lot. That’s not to say nobody’s dropping by, though.

I asked a few of the people who did drop by whether they were concerned about the Postal Service’s decision to slow down mail deliveries.

PERSON: I’m not. But other people are, I’m sure.

SCHUMACHER: Do you think it's a good decision for them to do that?

PERSON: Probably not. But they did it anyway.

SCHUMACHER: Why do you think it may backfire?

PERSON: Because people may go to other modes of shipping. And, and you know, FedEx and UPS and Amazon. They're pretty well equipped.

But it’s not just the time it takes to deliver mail that’s changing. The cost of mail delivery is also going up, at least temporarily.

Kevin Kosar is a senior fellow at the American Enterprise Institute who studies the U.S. Postal Service. He says all these changes are a matter of economics.

KOSAR: Paper mail is down 40 percent over the last decade, and paper mail was for the longest time, the vast majority of everything that the Postal Service carried, like 99 percent of its volume was paper mail. Well, that's going down. And as that goes down, that means less revenue. Meanwhile, parcels, boxes are skyrocketing.

Kosar says 15 years ago, just over 10 percent of the Postal Service’s revenue came from shipping parcels. Now, boxes make up about 40 percent of its revenue.

And that’s a problem because the Postal Service wasn’t designed to handle bulky items.

KOSAR: The entire Postal Service logistics network was built to deliver paper, and now they're being clobbered with tons of boxes. And so they're having to swap out everything they do in order to be able to handle the volume. And last holiday season, they weren't ready and they got crushed.

The Postal Service has a mandate to be “self-sufficient.” In other words, it’s required to support itself just like a private business—on its own revenue. If that revenue drops—or if it stays the same while costs increase—something has to change.

But Kosar says change is hard, especially when it comes to cutting costs at the Postal Service.

KOSAR: Eighty percent of its total operating costs are people. It's the salaries you pay, the total compensation you pay, and also the retirement benefits, pensions and health care. And the Postal Service can't move those needles very easily.

People may be expensive, but the Postal Service needs them to handle the increased volume of parcels. This holiday season, it’s trying to hire 40,000 more people to process all those extra shipments.

KOSAR: And then they're gonna take some of these people and shift them over to permanent status, make them full, full on permanent union workers for the Postal Service. So if you can't cut people costs, that leaves not a whole lot else to cut.

Except mail delivery standards. But critics say that strategy might backfire.

Monique Morrissey is an economist at the Economic Policy Institute. She says slashing mail delivery standards could do irreversible harm.

MORRISSEY: If you become unreliable, if it's no longer clear when something's going to arrive, then companies might say, “Well, I'm not going to do this anymore, I'm just going to do it another way.” And that might not be reversible.

Morrissey says some of the other new cost-cutting measures are equally problematic.

Back in Virginia, customers didn’t seem that worried. Some of them said they hadn’t even heard about the slowdowns.

PERSON: I don't think it's gonna affect me very much.

SCHUMACHER: And why is that?

PERSON: I can wait an extra day or two for mail. I don't have any special need that I can think of.