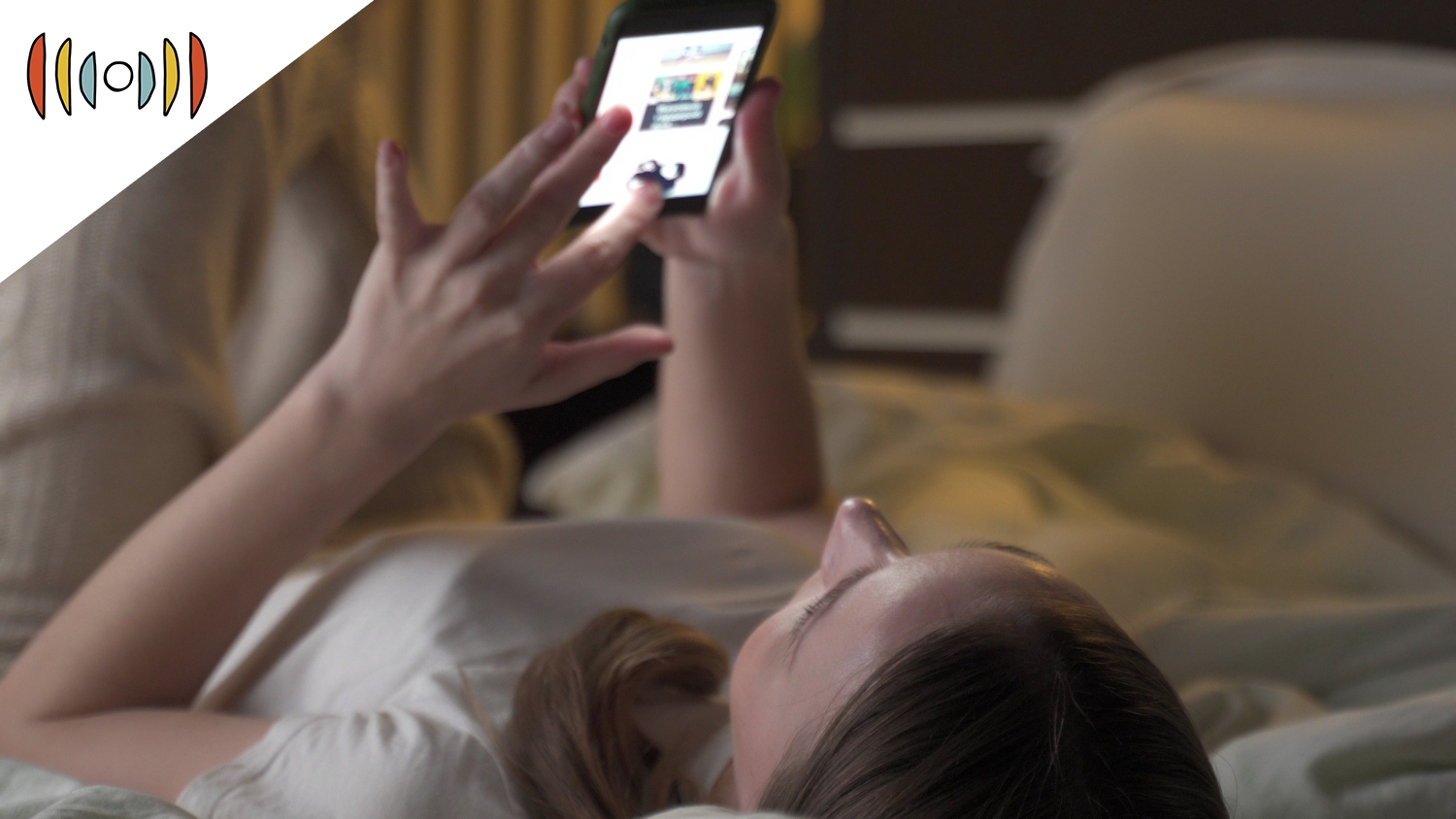 PAUL BUTLER, HOST: It’s Friday, September 17th, 2021. Glad to have you along for today’s edition of The World and Everything in It. Good morning, I’m Paul Butler.

In a moment, John Stonestreet joins us with this week’s Culture Friday, but before we welcome John, we want to tell you about an exciting opportunity.

BUTLER: That’s right Myrna. In two weeks, we’re going to record The World and Everything in It and WORLD Watch in front of a live audience at Free Lutheran Bible College & Seminary in Plymouth, Minnesota.

BROWN: There are a limited number of seats available, but if you live in or around the Twin Cities area, we’d love to have you stop by to meet some of the team.

BUTLER: Not only that, the good folks at the college have put together a full day of activities for families looking to navigate the media landscape with biblical discernment. We’ve put a link in today’s transcript if you’d like to learn more. Just come to wng.org and find our podcast page and follow the instructions under live events.

BROWN: Now, on to today’s Culture Friday. This week the Wall Street Journal released a series of investigative stories on social media giant Facebook and Instagram. That, after the journal reviewed internal documents revealing the social media platforms were keenly aware of the mental health challenges their products made worse. One internal communication admitted that an Instagram study found that the app made “...body image issues worse for one in three teen girls.”

Yet, when pressed on their products’ effects on teen mental health, they downplay that knowledge publicly. Instead, they frame the discussion around initiatives designed to make users happier about their interactions. Here’s Instagram CEO Adam Mosseri from earlier this year on the Teenager Therapy podcast:

MOSSERI: I mean the mental health of our users is something that is incredibly important. It’s definitely true that we care about how much people use Instagram. ... We think overall it’s a good thing that people use it. It creates value. And if people are using it more, that’s a good sign. But we also want to make sure people feel good about the time that they spend on Instagram. And so we’ve tried to invest in a whole bunch of different ideas to make sure that people feel better about the time they spend on the platform.

John Stonestreet is here once again to help us think through this story. Good morning John.

BROWN: So John, let’s start right there. As the mother of two daughters, and a mentor to a handful of young women, I’ve seen firsthand the struggles girls have with body image. If I’m honest, I remember in my youth my own feelings of inadequacy, and susceptibility to the fear of being left out, and apparently, Instagram knew that their product made these things worse. Why is this revelation significant?

We know that technology like this rewires the brain. We know that a generation that is raised even on internet technology, like Google, fail to develop the kind of thinking that connects causes and effects or you know, things and their consequences.

We know the body image stuff is just the latest thing. There's all kinds of ways that experiencing life in this way distracts us from the people that are around us, you know, stunts our growth, perpetuates bad stereotypes.

It also delivers a group of influencers. I mean, the very fact, by the way, that we have a group of people that are called influencers, and that’s a thing, tells you everything you need to know. But then it delivers them into an intimacy—or false intimacy, a one-way intimacy—with our sons and daughters like nothing else could. I mean, I remember, the teeny bop magazines that you'd pass in the supermarket aisle, back in the 80s. Alyssa Milano and Michael J. Fox, that was about as close as they got to us.

That's nothing like the daily influence that these influencers have, I mean, the list goes on and on and on. It’s significant because the influence here is truly outsized. And also let me just put it this way. Embedded in all this, too, is a false definition of what it means to be successful. A culture that worships celebrity is a culture that chooses style over substance. It's a culture that chooses posturing over loving and caring. All of these things are embedded into the platform itself.

Marshall McLuhan said the medium is the message. That's the message coming out of all these mediums, you're not good enough, you're not smart enough, you're always being left out. And to have a life of significance, you have to be noticed, and you have to be liked. And not liked in any sort of real sense. Not liked despite who you are, but you actually have to have a little thumbs up clicked on some image or something that you have otherwise the devastating potential is that you don't matter. What a terrible, terrible message.

BUTLER: For years, social scientists have warned that social media feeds can be addictive. Companies like Facebook, Snapchat, TikTok seem to shrug that off. They’ve introduce bandaids that look like they desire to address some of these issues—like Facebook’s program to eliminate likes—yet they seem to be ignoring the larger underlying problems.

It reminds me of the tobacco hearings in the 1990s when it came to light that cigarette companies knew for years that their products were bad for smokers, yet they not only downplayed those dangers publicly, they even advertised to youth to try and get them to smoke. What do you think of that comparison?

Abigail Schrier this week commented on this. And of course, she's the one that has written compellingly about what has become known as rapid onset gender dysphoria. In other words, why is there such an incredible amount of growth in the number of students that are identifying as gender confused, or gender dysphoric?

And as she points out, social media is a big cause of that because it takes something that's not normal and makes it normal. It takes somebody that is to be pitied, it makes them the hero. It takes the definition of success and dumbs it way down to some sort of empathy and then this FOMO—this constant fear of missing out, which is an epidemic disease of young people addicted to social media—then kind of you know, creates that I have to participate, I have to be involved.

We get sold a multitude of identities. And if we're left out, we're irrelevant in a social media defined world. And if we are shared, then we're relevant. And that just kind of feeds into our understanding of who we are as human beings. In other words, it's far more than a behavior like smoking, even a dangerous behavior like smoking, it's far more than that. It’s actually a way of selling identity itself.

BROWN: Republican and Democratic senators have now reportedly decided to begin an investigation into what exactly Facebook and Instagram knew, and what they did to try to make things better for teens on their platforms. But do we really need another congressional hearing? Will that actually help?

And so the question is, and I say this, as someone who has decided that Twitter is not good for two way communication, so I'm going to basically use it to put something out there. But I'm never going to get into a dialogue because the medium can't handle it. And I think that there are certain forms of social media that allow us to stay in touch, allow us to know each other, you know, in deeper ways, that's all fine. But you have to use social media for what it can do.

I'm not sure that Instagram or some of these other things, Tik Tock, actually bring any of this good to the table, especially for kids.

BUTLER: Earlier this year, Instagram announced it wanted to expand its products to young kids, not long after, more than 40 States Attorneys General urged Facebook to reconsider. Given what we’re learning from the Facebook Files report, getting kids on Instagram earlier seems like the wrong direction.

But when you actually then add these mediums, these specific tools of social media, that use the internet in particular sorts of ways that actually reshape our hearts, souls and minds, and then we give that to young girls in particular, or young men for that matter. It literally makes no sense.

Future generations will look back at us with all of this that we know and basically call us child abusers. I don't know any way around that, and maybe that is a reason that there needs to be a congressional hearing, because there was deep harm being done to teenagers in this world. There's literally nothing good coming of this for young teenagers that I can think of. I literally cannot think for the life of me a positive for young teenagers, maybe not for teenagers, and maybe not for the rest of us either.

Some good points made here, but what's the rationale for this statement? It's not nearly as obvious to me as it is to him:
"We know that a generation that is raised even on internet technology, like Google, fail to develop the kind of thinking that connects causes and effects or you know, things and their consequences."