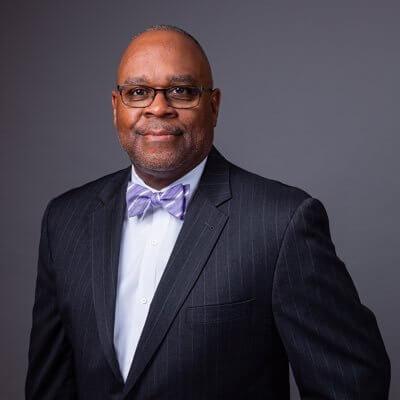 Glad to have you along for today’s edition of The World and Everything in It. Good morning, I’m Megan Basham.

A few weeks ago, an episode of Just Thinking, a Bible teaching podcast from two theologians, went viral and became the number one podcast in Apple’s “Christian” category. Meaning, it ranked higher than podcasts from Joel Osteen, Rick Warren, and a host of other religious celebrities with massive international platforms.

In the podcast, titled, “George Floyd and the Gospel,” Darrell Harrison and his co-host, Virgil Walker, argue that race is a social construct. They also argue that racial reconciliation is a misnomer because, according to Scripture, reconciliation isn’t something accomplished between groups but between individual hearts.

BASHAM: We now welcome Darrell Harrison to the program for Culture Friday. He’s the dean of social media at Grace to You Ministries and lead host of the Just Thinking podcast.

In two weeks, we’ll come back to this on Culture Friday with a different perspective.

DARRELL HARRISON, HOST: Good morning, Myrna, good morning, Megan. Thank you both for having me on. I appreciate it.

BASHAM: You know, Darrell, I have to say, dean of social media is an appropriate title for you because lately I see people posting your podcasts, or essays, or videos of your Grace to You preaching everywhere. And it often sparks some pretty heated debates.

So, to start, I’d like to ask you about the most common criticism I’ve seen. And I’ll use, as example, something I saw a couple weeks ago from VeggieTales creator, Phil Vischer.

He recently released an essay about white privilege and afterward he tweeted, “Fellow white people, let’s stop looking for the one black person who agrees with us … Don’t use the voice of the one to ignore the cries of the many.”

How do you respond to people who claim your teaching isn’t representative of the majority of black thinking and therefore merits less consideration?

HARRISON: Thanks for that question, Megan, you know, in answering that question, what immediately comes to my mind are the words of that great abolitionist and educator Frederick Douglass who said, “I prefer to be true to myself, even at the hazard of incurring the ridicule of others, rather than to be false and to incur my own abhorrence.” So for me being true to myself means first and foremost being true to the Word of God.

Now, I’d be the first to acknowledge that my perspective on what is currently happening in society is often considered a minority report. And I don’t mean that with any pun. But that’s primarily because I’m so dogmatic that God’s people are not to show partiality. I mean, scripture clearly teaches, teaches us that and texts like Leviticus 19:15, Deuteronomy 1:17, and so on.

But as a Christian, I wouldn’t want Vischer or anyone else for that matter to regard any opinion of mine as being worthy of consideration on the basis of my ethnicity, but rather on the basis of whether or not I am rightly applying the objective truth of the gospel to the situations that are current in the world. So for me, truth should matter more than the color of my skin.

BROWN: So, after the killing of George Floyd a number of white Christians asked the question of black Christians, what can I do to come alongside you?

What is your response to that question?

HARRISON: You know, Myrna I have no doubt that a question like that is well intended. Okay, well intended by those who ask it. So I give them grace in that regard. Nevertheless, I do see that question as being rooted in the same fallacious stereotype as what I mentioned earlier. In this case, the fallacy is that because George Floyd was black, that all black people are emotionally and intellectually processing what happened to him in the same manner again simply because we are black, and that all black people have vicariously attached themselves to George Floyd as a proxy victim of what happened to him.

Now that kind of tribalist mindset treats black people as a monolithic collective and not as individuals who, being created in the image of God, are fully capable have forming and articulating different perspectives and opinions as individuals.

So to my white brethren who want to know what they can do, okay, how they can come alongside their black brothers and sisters in the Lord in light of the George Floyd situation, my counsel to them is this: George Floyd was killed on May 25, 2020. You should continue doing whatever it was you were doing on May 24, 2020. Because displaying the love of Christ toward others should never be an ethnic proposition. I mean, to do otherwise is to show partiality. And as we know from James 2:9, partiality of any kind is a sin.

BROWN: The killing of George Floyd pulled back the covers of the racial/ethnic tension in our country and everyone seems to have a solution to the problem of racial division.

In fact, you recently wrote, racial reconciliation has become very marketable and some people are making money on that.

Can you talk about that and the role you think the church is playing?

HARRISON: Oh, certainly Myrna. But first, I want to say that I for one, just speaking for myself, I do not subscribe to the popular and oft repeated narrative that there is quote unquote racial tension in our country.

I think what we’re seeing today is certain individuals, certain organizations taking advantage of the George Floyd incident to advance and propagate their own socio-political agendas. But that is not new. Nothing about that is new. I mean, the same thing was the case after Trayvon Martin was killed, and Michael Brown, and Eric Garner, and Brianna Taylor and more recently, Ahmaud Arbery in Georgia. I mean, I mentioned a moment ago, right, that George Floyd was killed on May 25th 2020.

On May 24, 2020, the day before George Floyd was killed, no one was making the case that the Aunt Jemima brand of products was offensive. There was no new wave of demands that statues of dead white men be removed from their foundations.

But that’s exactly what happens when you have certain organizations and individuals whose indignation is selective, which is understandable, really, when you when your definition of justice and injustice is subjective, as opposed to being grounded in the truth of God’s Word.

So it’s no wonder then, that there are myriad books, myriad books and other resources, many of which are being promoted and profited from by evangelicals and the churches and entities they lead, because they don’t understand that to whatever degree there’s discord and disunity, whether in society at large, or between a husband and a wife, or between children and their parents, they don’t understand that the origin of that discord, the genesis of that, is sin in our hearts.

And because the origin is in our heart, then it must be addressed and resolved at the heart level. That’s why it’s so often said that races don’t reconcile, hearts do. And you know, Myrna, I often wonder that if racism is the problem, and racial reconciliation is the solution, then why there’s so many books being written to explain how to remedy that problem. I mean, God has written one Book that tells us what is both the problem and the solution. And it’s called the Bible.

I mean, Jesus makes that clear in Mark 7. That the cause of the enmity that exists between human beings is our sinful hearts. And the solution is to have our hearts and minds renewed by the regenerative power of the gospel. But my fear is that the church, as it continues to embrace and sort of befriend the world under the guise of racial reconciliation, the church no longer believes that the gospel of Jesus Christ inherently possesses that kind of transformative power.

BASHAM: I’ve heard some pastors and teachers say that bringing up critical race theory, cultural Marxism, or even words like “woke” when we discuss these issues is divisive.

They argue that not everyone who’s concerned about systemic racism or white privilege is a closet cultural Marxist and that bringing up those terms is a way of shutting down the conversation.

How would you respond to that?

HARRISON: Well, Megan, I’ll tell you, at the risk of coming across as facetious, whenever I hear someone alleging that the terms you’ve mentioned are divisive, I’m convinced that what they’re really saying is they want you to concur with the presuppositions and the conclusions that they’ve already drawn as relates to what those terms mean, and the degree to which the church should adopt and apply them.

The truth is those terms, critical race theory, intersectionality, cultural Marxism, those are all ideologies and philosophies that are blatantly antithetical to the gospel. I mean, each of them is founded upon the idea of sinful partiality and favoritism based upon dividing people into groups of victims, and then subsequently, under the guise of equality and justice, right, seeking social, social, legislative, and economic remedies on the basis of where they fit within those groups of victims. So for any sinfully prejudicial attitudes, right, and I think this is a point that church is missing, for any sinfully prejudicial attitude or mindset to be labeled systemic, it must, by definition, be objectively determined and proven to be pervasive throughout a society.

That’s not the case in America today, even with regard to slavery, the penal system, and Jim Crow, such prejudice or policy policies were not systemic throughout the country. And I say that because many black Americans were able to find opportunities in the North that they couldn’t find in the South. That’s because the prejudice laws and policies that were systemic in the South were not systemic in the North.

So what many people they mean by systemic racism is that they envy what someone else has. And the mere fact that someone else has what they don’t have must mean they use their power and privilege to obtain it. Okay. But I would just remind people who think that way of what Jesus said in Matthew 5:45, that God causes his sun to rise on the evil and the good, and sends rain on the righteous and the unrighteous.

BROWN: Well, Darrell Harrison is co-host of the podcast, Just Thinking and dean of social media at Grace to You Ministries. Darrell, thanks so much for being here!

HARRISON: Thank you all for having me. You’re welcome.