Culture Friday - Power to the parents 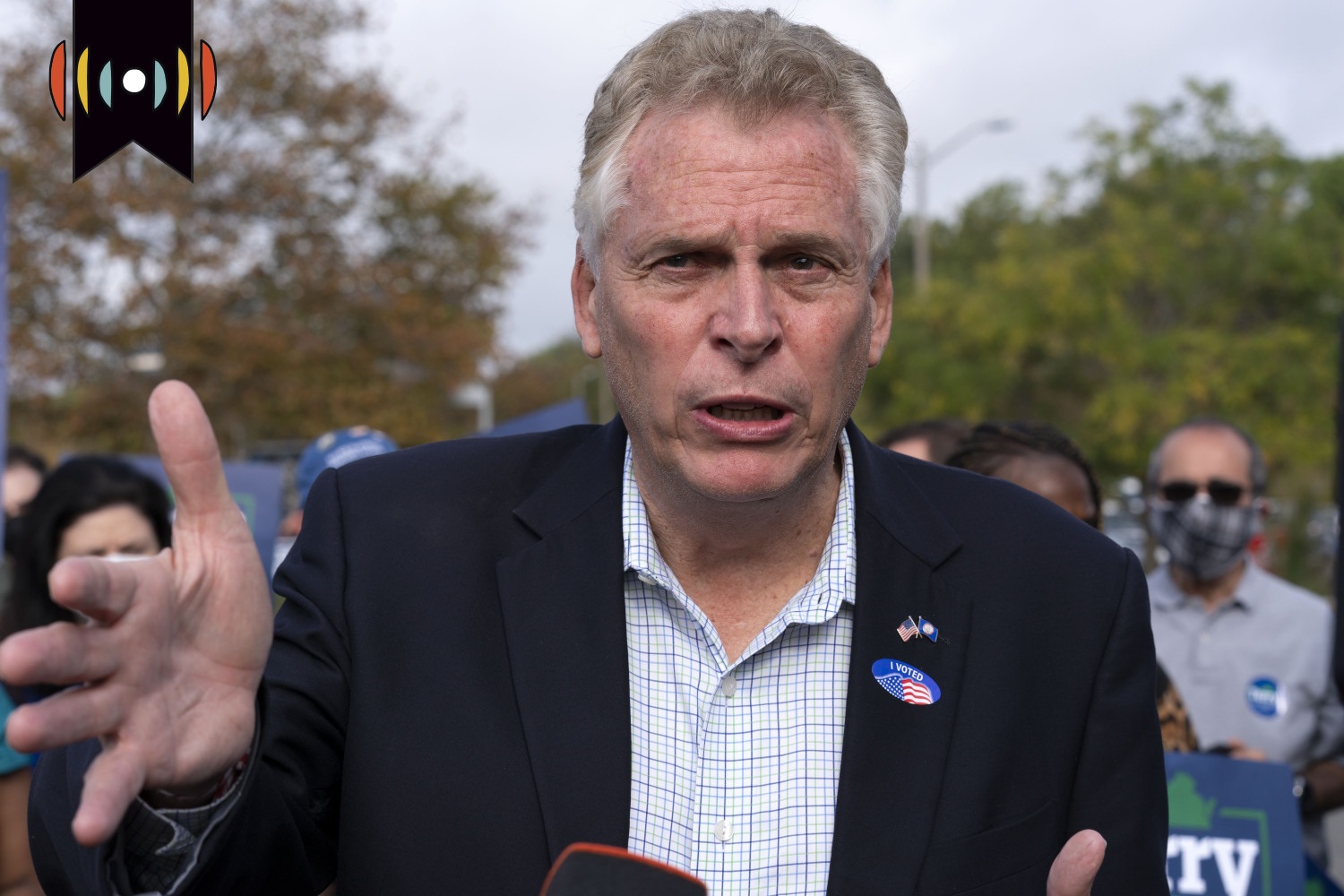 BUTLER: The political race to watch right now is the governor’s race in Virginia and in a recent debate, the Democratic candidate, and former governor, Terry McAuliffe, had this to say about activist parents and school boards.

MCAULIFFE: I’m not gonna let parents tell the schools and take books out and make their own decisions. So, yeah, stopped the bill that... I don’t think parents should be telling schools what they should teach. Y’know! I get really tired.

“I don’t think parents should be telling schools what they should teach.” That’s what the candidate for governor in Virginia said. Sorry for all the crosstalk in that audio clip, politicians tend to talk all over one another.

But as we’ve discussed before, there’s some real pushback from parents about what’s going on in the public schools, from Covid restrictions to curriculum. And so now we have pushback against the pushback.

Isn’t this the debate that we need to have?

STONESTREET: It's a debate that not only we need to have, it's a debate that is long overdue. I mean, look, there's something here that we have to reckon with and all of this, I think it's fantastic that parents all over the place are standing up and pushing back on school boards about what is being taught to their kids in terms of American history in terms of bad ideas about identity, behavior, behaviors, all kinds of things, but one has to ask, didn't just take a little bit too long. I mean, listen, there were very damaging ideas that were being foisted upon the younger generation. For decades now. And even more recently, in one particular school district in Virginia, I think, look, and I'm on record talking about what I think is the deep inherent problems of critical race theory. I understand the response to my arguments in which people say it's not really a worldview, it's just a tool. I don't find that compelling. Critical race theory acts like a worldview, talks like a worldview, treats everyone as a worldview would. So in my mind, it is a worldview. It functions like a worldview. But the fact that, you know, so many parents are up in arms about critical race theory, in the school district, but we're not up in arms, in terms of the dramatic ways that the school, the school board, the curriculum, required books and teacher training, and everything else was undermining how students thought about their own bodies and their own, you know, biological sex. You know, in other words, the advance of the this transgender agenda, was even more aggressive last year, than CRT has been this year. And I think it's worth asking, What is it about us that responds to this and not that? All that to say, look, Terry McAuliffe 's statement here is I think he actually believes it is the progressive vision of the world, that children actually belong to the state. And not the parents. This has been a long debate. This isn't the first time you know, two sides have had this competing debate. But by the way, schools have acted like their own kids for a long time now. And it is not true. The state is not able to raise children. For the record, the state can't do airport security either. But the state is not able to raise children. And this is a fundamental question of worldview, what's wrong with the world whose job it is to fix it? And it's an alarming thing. And look, if you ever doubted that this is what a left leaning, secularist, agenda actually promotes, well, now you have it from the horse's mouth.

BUTLER: I want to ask you about the news that the attorney general of the United States has directed the FBI to develop “strategies” for dealing with aggressive disruptions at school board meetings. Some people say the school boards are under attack, but others say parents are now under attack and bringing the prospect of the feds coming down on them for speaking up seems like it will have a chilling effect. What do you say about that?

STONESTREET: Well, it's completely outside the jurisdiction of the FBI, if we don't even get into the inconsistencies of this action. In other words, what the FBI chooses to investigate or target and what they don't and, you know, comparing the scope of what really is a danger and a problem, you know, mean, no one was saying, look, we're going to investigate people who are following politicians, federal politicians, in the bathrooms, like what happened with Kristen Sinema last week, but we are going to talk about how people talk at school board meetings, you know, that listen, there's a big inconsistency here. But there's also a jurisdiction issue. The FBI is the Federal Bureau of Investigation, it does not belong in local school board matters. This does, however, tell you what a progressive vision of education is that it belongs to the federal government, that local control even at the state level, is not the way it should be done, that this should be done from on high from the, you know, the cultural ruling elites, and this is crazy. School boards are under state jurisdiction, this if there is an issue and by the way, I will say that, you know, there have been examples of parents out of control, certainly no parent should become violent on this. No parent should be going to a school board member's home and having this sort of conversation, certainly not protesting or anything like that. That stuff is flat out wrong. This is not the jurisdiction of the federal government. So therefore, it's not the jurisdiction of the FBI. This is a power grab, and it's where the federal government does not belong.

BROWN: Moving to another story. We’ve discussed the declining fertility rate in this country, but I just saw a statistic that as of 2019, we reached a new low in the United States—lower than the previous low when we’d fallen below the replacement rate back in 1976—three years after Roe v. Wade, interestingly. But the shocking 1976 fertility rate was 1.76. In 2018, it hit 1.73, lowest-ever, followed by 2019, a new low 1.71 with projections that it will fall still further.

STONESTREET: Oh, I mean, listen, demographics is destiny. It's just kind of basically the case. The falling birth rates in the Western world predate climate anxiety, they predate COVID-19. They predate a lot of things which suggests that really they're rooted in our changing ideas about sexuality, marriage, and children. It's rooted in our fundamental ideas about issues of work and retirement, whether work is a good thing or work is a necessary evil to get to retirement and what is going to get in the way of that and so on. It is deeply rooted in our understanding of what is the good life. Is the good life to live for something bigger than myself or is the good life to get what I want while the getting is good? You know, to use terms that were once devised by the founder of the sociology department at Harvard University Pitirim Sorokin, are we a sensate culture, a sensate people living for the senses and immediate gratification? Or are we an ideational society living out of bigger ideals than ourselves, what we think about life and the world and the meaning of life and the meaning of our society is going to be reflected in what we do, including what we do with sexuality, what we do with marriage, what we do with children. And so yeah, this is a really big problem. I'd also say, too, that climate anxiety, though, is real. I mean, you're hearing young people basically say they will not have children until the climate crisis is solved. And you see what's kind of latent in there, latent in that is this assumption that humans are the problem to be solved, and too many humans have too many problems. But what we have seen since the population bomb predictions were so deadly wrong, is that humans aren't the problems to be solved, humans are themselves able to offer the solutions to deal with the problems that we face. That this will be one of the most significant trends in this historical time period is the plummeting of the population replacement rates.

BUTLER: John Stonestreet is president of the Colson Center and host of the Breakpoint podcast. Thanks, John.

STONESTREET: You bet. Thank you very much.

Amazing too how many folks are rallying to the PIPE concept: Parents for In-Person Education

Google Round Rock school board or Jeremy Story. Or send a facebook message to JEREMY STORY. He's a parent in Round Rock Texas who dared remind a school board about the Texas Open Meetings act. And make sure you vote vote vote for any school board seats or any county judge jobs.

I first met Jeremy in the 1990s when I was a veteran fresh back from Desert Storm living in Austin and attending the UT school of Nursing.