Culture Friday - Objectification at half time 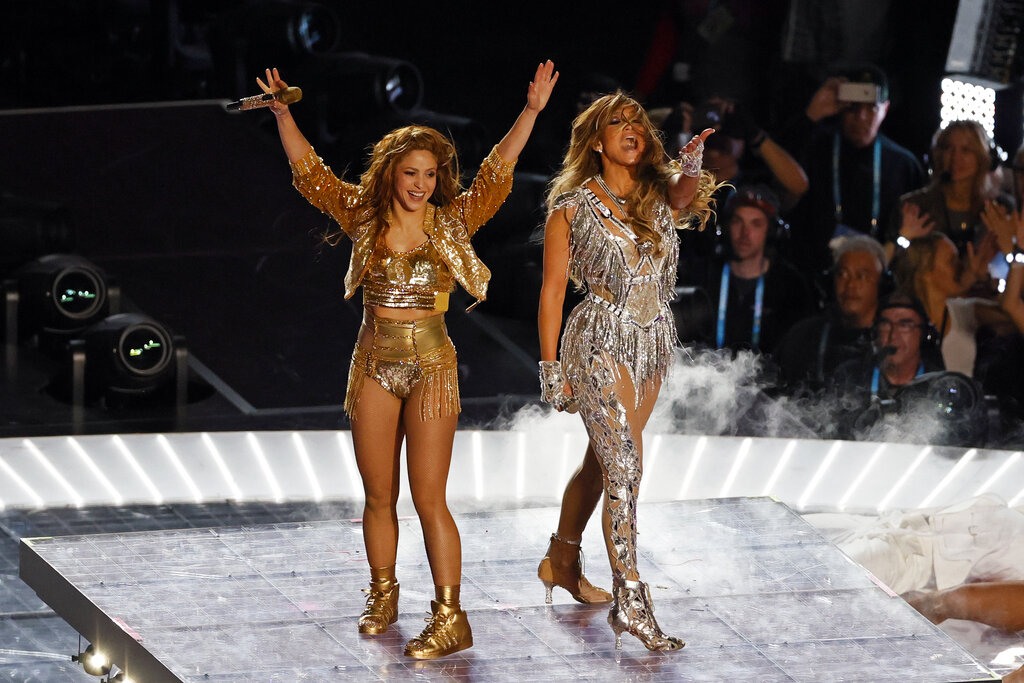 MEGAN BASHAM, HOST: It’s Friday, February 7th, 2020. Glad to have you along for The World and Everything in It. Good morning, I’m Megan Basham.

MARY REICHARD, HOST: And I’m Mary Reichard. Perhaps you heard about an event that stirred up a little controversy this past weekend. I’m talking, of course, about the Super Bowl. The Kansas City Chiefs won the game. Very proud here in my home state of Missouri.

But I want to talk specifically about the half-time show headlined by Shakira and Jennifer Lopez.

Leading up to the big day, the NFL touted the fact that the show would feature two female pop stars.

Here’s a bit of Lopez at a press conference before the game, promising a performance that would be empowering to women:

BASHAM: Well, it seemed like a lot of people were surprised.

Specifically by Lopez and Shakira’s attire that left little to the imagination and sexually suggestive choreography. J-Lo’s had a simulated striptease, complete with stripper pole.

Their 12-minutes in the spotlight sparked plenty of debate on social media. Some argued the two pop-stars offered powerful representations of women and Latinas. They felt people watching at home should have celebrated that.

Others argued—the way I think everyone here would say rightly—that whatever positive aims these two may have had, they were overshadowed by the way the show objectified women.

We even had a bit of difference of opinion among WORLD staff.

We now welcome Trevin Wax to the program. Trevin is the senior vice president of theology and communications at Lifeway and author of This is Our Time: Everyday Myths in Light of the Gospel.

BASHAM: So, Trevin, I should say that by “difference of opinion on staff,” I’m not talking about whether we found the performance acceptable. No one did.

But my first reaction when I saw all the shock on Twitter and Facebook was to kind of go, hey, where has everybody been? It could be because I cover entertainment, so I may be more aware than most that J-Lo’s big movie comeback a few weeks ago was in a film in which she played a stripper.

Add to that her persona and Shakira’s persona have long peddled are sort of Madonna-lite. And in past years we’ve seen Madonna, Lady Gaga, Fergie, Beyonce, and others giving pretty similar half-time performances—similar lack of clothing, relatively similar dance moves.

So, honestly, the only thing that surprised me was that this time people noticed.

REICHARD: Yeah and I was one of those people who really noticed. I mean, kids are watching, this is a family event, and I kept praying nobody would have a wardrobe malfunction because, let’s face it, there wasn’t much wardrobe in the first place.

But even more perplexing to me is that this is going on while the #MeToo movement is a real force in this country. Harvey Weinstein is on trial right now for alleging exploitation of women in the entertainment industry. I really had some hopes that things would be turning around these days.

It seemed utterly tone-deaf to me.

I’m wondering what was your reaction, Trevin?

WAX: Well, my reaction is only to the reactions because during the halftime show, I played a really good round of Hearts with a few friends. So I didn’t see it, but then I got back on Twitter and I saw all of these responses to what was going on and I thought, well, it’s actually good that we just skipped this one because I didn’t want to have to explain some of the things to my kids. But I think overall one of the paradoxes of our culture is there is an emphasis on female empowerment. There is an emphasis on valuing women as women. The distinctive contributions of women as women. While at the same time, in our culture, there is a push to erase many gender distinctives altogether. And there is the idea that the way you celebrate women is by putting them in situations where their bodies are objectified. And yet this one seems to have pushed the boundaries even further than what people have grown used to in previous years.

BASHAM: Here’s what I really want to know, Trevin. It feels like—and it seemed a little bit like this on some of the social media postings that Christians can come off as culture scolds. And I don’t want to be mistaken. There was a lot here that deserved scolding.

But I also think it’s important to give voice to the positive vision of what God created femininity to be. And I think that’s sometimes harder for us to do. To explain to the world, here’s what’s so valuable about women as God created us.

So, as a theologian, what are some ways you might suggest we go about doing that?

WAX: Well, it’s important for churches and for Christians to celebrate women and the distinctive contributions and what it is that women made in the image of God bring to humanity and to the world. And that doesn’t happen through, you know, a pseudo-striptease with a stripper pole in front of millions of people.

The thing that always makes me question is when I see Christians who, I guess, in opposition to what they’ve seen in previous generations of culture scolding are really almost uncritically, very easy to embrace almost anything coming out of Hollywood and looking for some kind of redemptive element or saying it’s not as shocking as it could be. We should be more used to things. If you’re the one who’s shocked, it’s really a problem with you and not with what is actually happening. It reminds me of something that Chesterton said about something that would shock your grandmother but doesn’t shock you may be a sign that it’s your grandmother who’s more alive than you and that you’ve actually become more numb and have duller senses because of the way in which you’ve gotten used to some of the sin, corruption, or evil in the world. And that’s always stuck with me as something to consider when it comes to situations like this.

REICHARD: Yeah, good point. You know, it makes me glad that Megan’s the entertainment reporter around here, not me.

Well, Trevin, I’d like to turn now to a topic that’s probably going to worry a lot of moms and dads with school-aged kids. Earlier this week I reported on a Supreme Court case related to Montana ending a scholarship program funded by tax credits. It did so because some parents chose religious education for their children and used the scholarship money that way.  The justices are going to decide whether Montana was correct to strike down the program sometime before July.

But something that lies outside any court’s purview is how private companies approach financial support of education.

BASHAM: Yeah, that’s right, Mary. And last week, Fifth Third Bank and Wells Fargo responded to pressure from a Florida representative by announcing they’re dropping out of a program that funds school vouchers for low-income students. Their reason? Because some parents are using the vouchers for schools that maintain a biblical sexual ethic.

Something our founder, Joel Belz, said in a commentary about that Montana case seems applicable here as well. It’s not really the program or even the schools themselves Fifth Third Bank and Wells Fargo are objecting to. It’s the parents. Because they’re not using the vouchers in ways these companies deem acceptable.

So, I’m going to be honest, this story did shock me a little bit. Because this wasn’t an argument over a commercial or a scene in a movie. This was some big companies publicly saying that even low-income children don’t merit their concern as much as LGBT activists. It just seems like it would have been easy for Wells Fargo to say, look, we’re in this to help poor kids. It’s up to the parents to use the funding as they see fit.

So, Trevin, do you think Christian organizations need to start making more of an effort, work a little harder to give voice to low-income parents who want to choose religious schools?

WAX: I think Christian organizations, Christian churches, congregations, I think we need to take responsibility for the children who are entrusted to our care and to families that, because of costs, may be prohibited from having their kids in a school that is going to inculcate some of the values that come from Scripture rather than the world. What we’re seeing here is really a battle over the education, a battle for the minds of the next generation. And, you know, Rod Dreher’s Benedict Option, one of the things that Rod brings out that I think is very applicable here and should be something that should give us some food for thought is this idea that we’re going to have to rally around each other to help support each other when it comes to Christian education in the future. If we really want Christian education to be an option for more and more Christian families, then we’re going to have to find ways to make it available financially, to make that sacrifice, to figure out what that might look like. And I’m not saying everyone should be in a Christian school as opposed to a private school as opposed to a public school or to homeschool. I’m simply saying that we need a big dose of intentionality as parents, as churches, as Christian organizations when it comes to the education of the next generation.

BASHAM: Yeah, I think that’s an excellent point. Well, Trevin is senior vice president of theology and communications at Lifeway and author of This is Our Time: Everyday Myths in Light of the Gospel.

Trevin, thanks so much.