Culture Friday: How to fight the culture war

WORLD Radio - Culture Friday: How to fight the culture war

From transgender pronouns to online access, Christians can fight and win 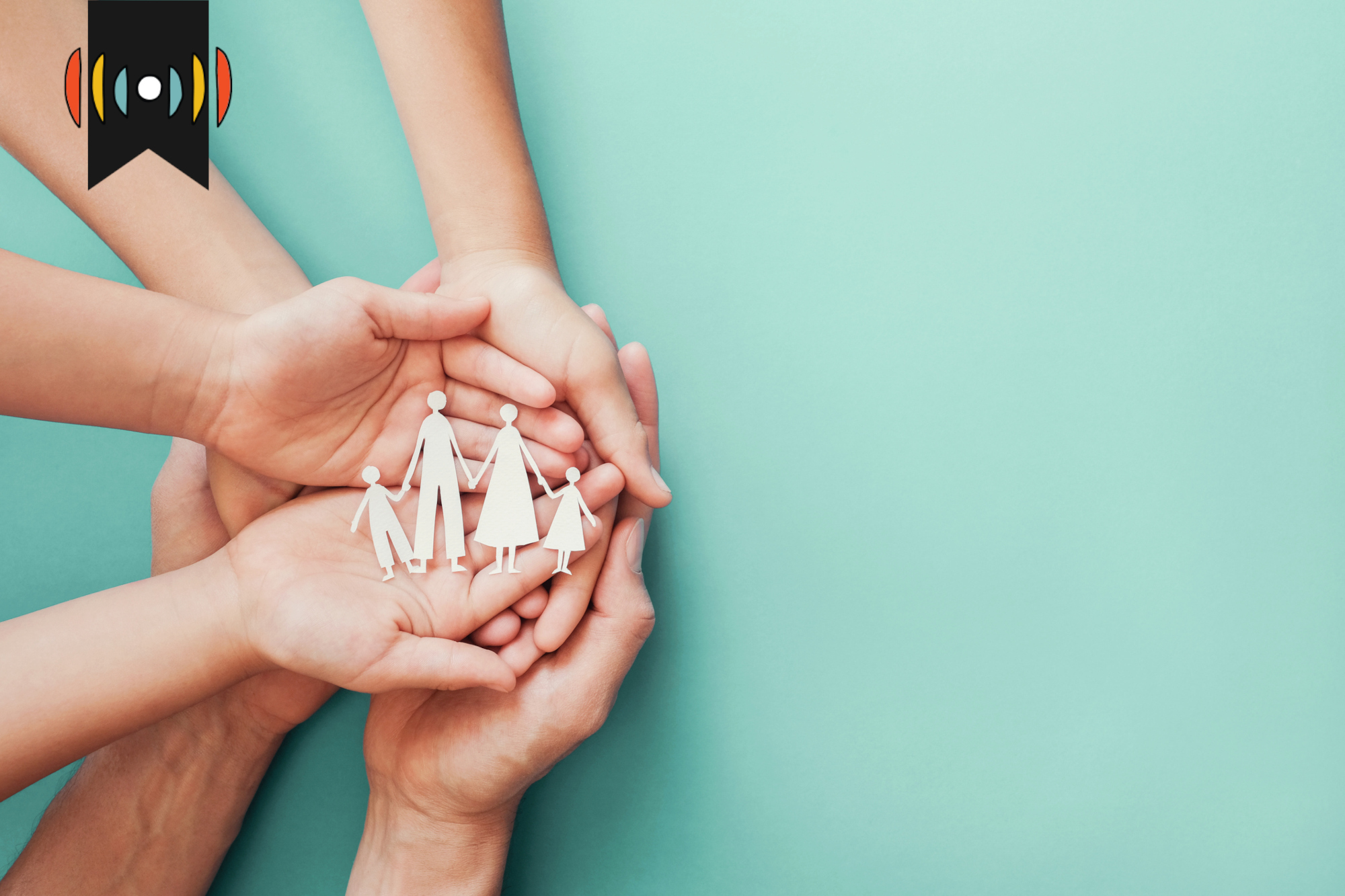 Let’s bring in John Stonestreet. He’s the President of the Colson Center and host of the Breakpoint podcast.

Good Morning John, it’s been a few weeks. Glad to have you back!

JOHN STONESTREET, HOST: It's good to be back. Thanks Good morning to both of you.

BROWN: John, the Biden Administration made a surprising about-face this week, dropping a transgender mandate that would have required leaders at a Tampa school to implement policies that were in direct conflict with their faith.

The government was asking them to guarantee a student’s choice of gender, pronouns, restroom, clothing--you get it or else get booted from the National School Lunch Program.

That would have meant no lunch for about 50 low income kids at Grant Park Christian Academy. School leaders did not acquiesce. They sued and the Biden Administration backed down.

I’ve heard you say many times Christian need to develop a theology of getting fired, of losing friends or at least being willing to. As we stand up for the truth and to protect the vulnerable. This seems like a great example.

STONESTREET: You know, one of the guys that hangs around the Colson Center is a guy named Glen Sunshine. Isn't that a great name? He's actually a historian, and has taught in our Colson Fellows program for years. And we do a lot of work on different historical figures—Christians who made a difference in the world—and not just the Wilberforces and the Bonhoeffers whose names we know. But people from every time and place, whose names we don't know.

I would say this though, this is another example of what I often call the inevitability thesis—that we're on the wrong side of history, and it's inevitably going to get worse and worse. It's just not something we should buy into. We shouldn't give up the 50 yard line on the first play of the game as if we're inevitably going to lose.

Because the Supreme Court has been incredibly clear on if a government or a state program is offered widely, then it cannot be restricted from people of faith simply because they want to be people of faith, and live that out in whatever setting that they're doing. Including state arrangements with Christian schools. This was reinforced again this year with this program in Maine. We've got the Trinity Lutheran case. I mean, this is about as clear as the Supreme Court can be that religious institutions don't get penalized simply for being religious.

And we can fight. And it's okay to fight. And we fight the right way. And we do it. So good for Grant Park Christian Academy. Good for the state of Florida. And I think it's a good lesson for all of us.

BUTLER: I want to build on that more John. In a recent WORLD Opinions article Kevin DeYoung asks this question: Should Christians be engaged in the cultural war? He writes, not only is the answer yes—we should be engaged—but he also speaks to the “how.” He identifies a few suggestions: we should not forget to reason with our opponents. We should fight in the right way. And we should remember that the culture is not ultimate.

STONESTREET: Well, I think those are a good place to start. I think part of it is, you know, there is an element to the so-called culture wars. I don't like that framing any more than anybody else does. But in many ways people of faith are getting shot at.

I think the other piece of this to remember is that we are fighting for the good of the other. In other words, it's not just the right of Christians to be Christian. But Christianity has brought incredible good into the world. And even while so many other Christians are kind of having the shivers about this and trying to run away, we have a number of historical works coming out right now talking about how, without Christianity, we don't have the cultural air that we breathe of categories: like human dignity and children's rights and women's rights and the rights of minorities and freedom and conscience rights and all the other things.

In other words, we do this not just so that we can worship the way that we want, or live the way that we want. It's because Christianity brings distinct unique goods to the world. And it's the only source for those things. And so if we love our neighbor, and we need to do something about the culture that's victimizing our neighbor.

And so I think that's something to frame this whole culture war out. It's not just what's good for us. It's what's good for the world, because Christianity is in fact, true. And I think a lot of Christians don't realize that. I think a lot of Christians still think about truth in a secular way. That this is true for us, but not for them. And that's fundamentally not the right definition of truth in it's not the right way to see what's at stake.

So we have to be really clear on Christian conception of these ideas upfront, so we need to do the hard work in catechism with our children and with ourselves and public theology.

BROWN: One last question John. The Pew Research Center just released a new report revealing what I suspect we already knew… American teenagers are now more than ever engaged in social media. Here’s a quick snapshot of the findings:

TikTok is the top media platform for teens. Nearly 7 out of 10 say they use it and 16% of those admit they are on it constantly.

YouTube is the top online landscape - 95% say they use it.

I know you have teenagers in your house John. As a parent, how does this report hit you? And I’d like your thoughts on this--the survey does not distinguish Christian teens from non-Christian, so they are likely mixed in those numbers. Thinking back to Paul’s question, how do we fight this aspect of the cultural war?

STONESTREET: One of the ways to fight it is not to give up our future soldiers to the enemy upfront. I mean, sorry. This is really no laughing matter. I mean, I'm looking at this list and going, “What on earth are we thinking?” There is a definition of folly that Proverbs assumes and continually presents, where it's just like, “this just doesn't make sense.” It's against all wisdom.

Reddit is the place where mass shooters are being radicalized, where conspiracy theories flourish. YouTube is a place where you can access all kinds of bad ideas about oneself about the world—about everything. TikTok and Instagram? I mean, there was just a campaign against Instagram saying, you know, the harm you're causing, especially teenage girls, right? Wasn't there a congressional hearing about that last year? I mean, this is insane, you know, to give children unregulated, unaccountable access to the internet, particularly to social media channels, is foolish in the worst way that Proverbs describes it.

I used to say before parents that this is like putting your kid in a lion's den all night, you know, to give them unaccountable access to the internet. And this mom came up to me afterwards, she said, “that's a stupid analogy, you should stop using it.” I said, “Well, what's a better analogy?” She said, “it's like putting your teenage boy in a room with a naked woman all night.” I was like, “yeah, that's a better analogy…” because that's exactly what you're doing on apps like this—but it's even worse than that, because you're not just tempting them sexually, although you are, you're basically putting them in front of a firing squad that's aiming directly at their conception of self, their understanding of right and wrong, their framing of reality itself.

I mean, if you want your daughter, for example, to struggle with body image, the top strategy you would use is to give them unfettered access to Instagram. If you want your kids right now, to be subjected to the worst ideas about gender, and about self, you would basically put them in front of a classroom, where people are saying the things that they are accessing moment by moment on TikTok.

Now, whether to completely unplug from these things or not, I think has to do with how you kind of conceptualize your kids' spiritual maturity and growth. Their mission in the world. The future of these apps and you know, the kind of knowledge that they're going to need to do. Whether there's a redemptive way to live on these things. And I think there is on some of these, but I'm not sure about all of them. I think there's a redemptive way, but you don't put a five year old into a battle for a reason and you don't put an immature, underdeveloped, you know, moral conscience in front of these sorts of platforms on a daily basis.

It's just, it's just foolish. It's just foolish. And you talk about if there is such a thing as a culture war, this is not just giving up the 50 yard line, this is kind of handing all of our future soldiers over as prisoners of war from the very beginning.

BUTLER: John Stonestreet is the President of the Colson Center and host of the Breakpoint podcast. Thanks John!

STONESTREET: Thank you both!