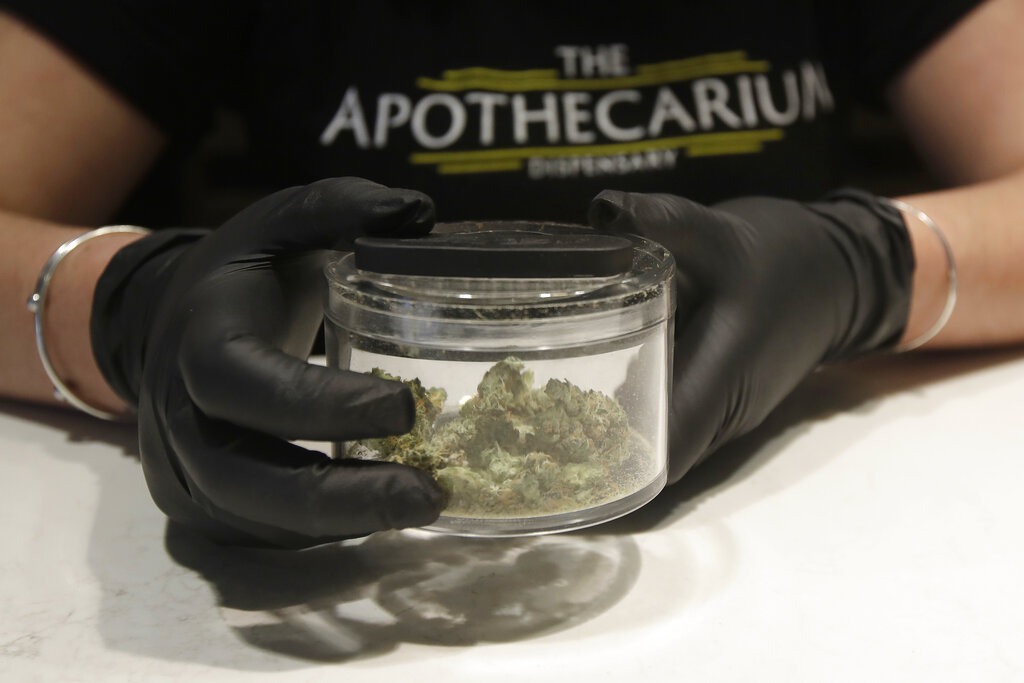 MEGAN BASHAM, HOST: It’s Friday the 27th of March, 2020. Glad to have you along for today’s edition of The World and Everything in It. Good morning, I’m Megan Basham.

After days of wrangling, Congress has finally reached a deal on a coronavirus stimulus bill. But the agreement was a hard time coming.

One of the biggest sticking points? Funding for Planned Parenthood.

BASHAM: Yet even as our country faces shutdowns, sickness, and huge losses of life and livelihoods, abortion providers aren’t taking a break.

As WORLD reported on our web site Tuesday, despite local and federal governments calling on healthcare workers to delay elective surgeries, some states with the severest level of outbreak, not to mention those that were the first to move to shelter-in-place measures, like New York, California, and Washington, are all still allowing abortions.

We now welcome John Stonestreet. He’s the president of the Colson Center for Christian Worldview. John, glad to have you, as always

BASHAM: So, we’re seeing this even in a place like New Rochelle, New York, the first area in the country to be deemed a containment zone. Businesses and schools closed. The National Guard sent in. And yet abortion…no restrictions.

When you look at something like that in a moment of widespread tragedy—it feels like there may be an opportunity to highlight a disconnect between these exemptions and the argument that the pro-choice agenda is about protecting women’s health.

Do you see any unique ways Christians should be talking about abortion right now?

STONESTREET: I don’t know. There’s a level of frustration here that’s kind of stunning. First of all, we want it to be a business so that it can receive funding, but we don’t want it to be a business so it can be considered an essential healthcare service. Which is it? Is it healthcare or is it a business? And this is, of course, the tactic that Planned Parenthood and its supporters have used for a long time is basically changing the talking points to whatever is needed to accommodate the needs of the moment. And that’s what makes this thing so slippery and so deeply embedded. It is amazing—we talked last week about how so many of the conversations around LGBTQ seems so, kind of, out of touch and out of place at a time like this and yet the conversation around abortion is still front and center.

There’s so many inconsistencies across our country when it comes to abortion and that’s something I think that we have to continue to point out. Everything from the double homicide law if a woman is pregnant to whether a woman or a man has a say about this. There’s so many levels of inconsistency here and this is the other one. Why would abortion be considered an essential service at a time when we’re trying to save life across the board. It’s pretty frustrating.

What we are seeing more and more at almost every level is the importance of state-level restrictions. So we have states like Texas, for example, that are making that decision: no, this isn’t an essential service. We’re going to shut this down. While other states that are obviously more pro-abortion states are leaving these centers open. So it just underscores that this movement isn’t going to be settled at the court level, that this question is going to be settled at the local level. And that’s where we need to focus in our attention.

REICHARD: You know, John, a colleague of ours pointed out another, lesser disconnect, but I think it’s one worth bringing up.

Along with abortion, California also deemed marijuana an “essential” business that was allowed to remain open.

Given that COVID-19 is a respiratory illness, that seems rather foolish. Now maybe politicians feel they’re over a barrel with lobbyists. They have to know it looks bad to hold up aid for these things, but they also need to fill their campaign coffers when this is over. What do you think?

I mean, the whole thing was sold on two levels. One, is it’s not harmful. It’ll let you basically do whatever you want. In other words, a bad definition of freedom. And then it was also sold for the financial aspect of it, which is, hey, look at all this money that will come into our state through taxpayers. Not just campaign coffers, but tax dollars. And you can’t just pull the bandaid off once you kind of put that in play. That’s really one of the untold parts of this whole marijuana legalization story. The tentacles go everywhere and you can’t just rip the bandaid off.

BASHAM: I’d like to move to another front on which this epidemic is proving to have political ramifications beyond just how we should deal with it.

Last week I came across several stories that at first glance seem unrelated. But they set off a few alarm bells. And I’ll ask you to hang with me for a minute as I lay them out. There’s a lot of information here.

The first was the Justice Department petitioning Congress for new authority to detain people indefinitely in an emergency.

It was interesting because it marked the first time I’ve seen Alexandria Ocasio Cortez and Rand Paul on the same side of something. Both were outraged.

The next was something a listener, Brooke Medina, tipped me off to. A North Carolina sheriff announced he would stop issuing handgun permits as a measure to restrict the virus’s spread. San Jose officials ordered a gun shop closed for the same reason.

The third was an odd little detail in a story about New Yorkers fleeing to Florida. Florida Governor Ron DeSantis mentioned the state has partnered with Google to monitor these travelers digitally.

Not much clarification on how that might work. But Israel’s high court has ruled their intelligence agency can use cell phone surveillance without a court order to track people who are supposed to be quarantining. So this is a thing that’s out there.

Now, we don’t have time here to dive deeply into each of these items. But, a survey from the Washington Post out just yesterday showed a remarkable number of people saying that they’re willing to give up their freedoms—at least for right now.

So just in a general sense, do  you think encroachment on our civil liberties is something we should be concerned about right now?

STONESTREET: Yes, next question? No, this is a real big issue and it’s hard because how do you balance these concerns with the lives of individuals? So, as a result of 9/11, we have, for example, a complete compromise of the illegal search and seizure part of the Constitution. So, on a daily basis in a typical day, thousands and thousands and thousands of people are illegally searched and things are seized from them without cause. And, even more than that, the government has turned it into a way to make money by incentivizing these same people—who, by the way, if you haven’t figured it out are airline travelers dealing with TSA—are forking over money to have their freedoms compromised more conveniently and efficiently in the pre-check line instead of the regular line. It’s a racket. And, by the way, it doesn’t work. 90 percent of the time, it fails. So what have we given up? We’ve given up an essential part of our freedom for safety that we don’t actually get. And now it goes largely unquestioned. And it’s so deeply ingrained in government that there really is—and if you’ve ever done like I have, tried to do something about TSA’s for example threat to the health and safety of minors that are over 13 or dealing with the sales pitch for pre-check but not getting what you paid for, like we never do in Denver, for example. You know you have no recourse. There’s literally nowhere you can go. There’s nowhere even our congressional leaders can go. Now, thank you for giving me a time to rant and rave about TSA because I always like to do that.

But the warning is legitimate. So, yeah, I think a lot of us are looking, going wow, this is really surprising, the power that the state can wield and how quick people are to give that freedom up. The question is, we give that freedom up for a time, the government’s appetite is—I think Ronald Reagan famously said, I think he was talking about finances but it’s certainly true when it comes to control and power, once government gains ground, it rarely gives it up. So this is going to be a very interesting thing to see the power, for example, that the government has wielded over freedom of assembly. Not just kind of our religious freedoms and our freedom and rights to go to church and that sort of stuff, because, look, I think these are wise decisions to stay in place right now. What we’re going to have to watch very, very carefully is whether we get these freedoms back and to what degree and who says. This isn’t a small thing and we don’t have to look beyond 20 years to see the last time this happened to us.

REICHARD: Diligence required for all citizens going forward. Well, John Stonestreet is president of the Colson Center for Christian Worldview.

John, thanks again for being with us.

(AP Photo/Jeff Chiu) Cali Manzello, general manager at The Apothecarium cannabis dispensary, wears gloves when holding a marijuana sample for smelling while posing for photos at the store in San Francisco, Wednesday, March 18, 2020.