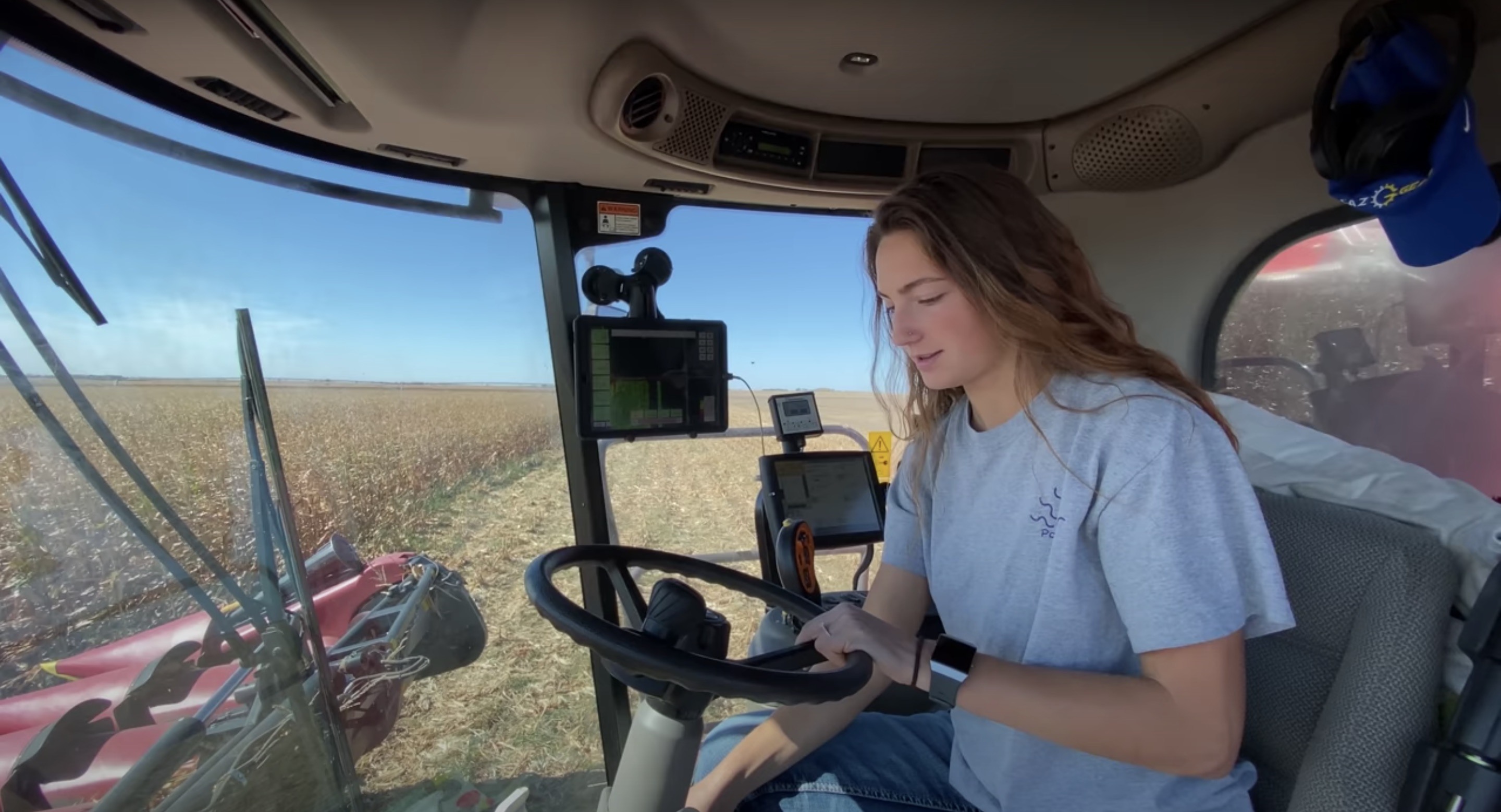 MARY REICHARD, HOST: And I’m Mary Reichard. Coming next on The World and Everything in It: the farmers of social media.

The stars of social media are typically celebrities, comedians, politicians, and the like. Well, it’s time to add another category to the list: farmers.

EICHER: Over the last three years, YouTube reports farmers are uploading a record number of new farm videos and people are watching them. Agriculture videos have enjoyed a 70 percent increase in views since 2017.

WORLD’s Sarah Schweinsberg spoke with some of these farmers to find out why they’ve decided to grow an online platform.

Then there’s Cole Sonne. A young farmer, fresh out of college.

And here’s Mary Heffernan. She and her husband operate Five Marys Farms in Northern California.

HEFFERNAN: We have four little girls, and by chance, they all are named Mary.

All of these farmers are growing various crops and animals in different places, but each of them is reaping the benefits of social media.

Let’s start with Laura Carlson. She grew up on the family farm. This spring, she decided she was going to take the leap and start farming for herself.

She rented a quarter of land…

And filmed herself planting corn in a big tractor. She ended up turning the footage into videos that she posted to Twitter.

CARLSON: Alright so I just made another pass. I’m at the end of the field, and I just wanted to show you what it looked like.

To her surprise, the videos went viral. Late that night, Carlson quickly set up a YouTube account and posted the videos there too.

Carlson decided she must be on to something.

Her videos take viewers through day-to-day life on the farm and educate people about agriculture—like the difference between corn and soybeans. Something many viewers don’t know.

CARLSON: So I thought this would be the perfect opportunity, this beautiful evening, to describe a few of the simple differences between a corn plant right here and a soybean plant.

Cole Sonne started farming with his dad after college. He liked filming their field work with his drone.

SONNE: You know, raking hay, and just basically any job that takes place on the farm.

Three years ago, he started posting his footage on YouTube just to clear memory cards.

SONNE: And a couple actually started getting quite a few views. And it was interesting and it was exciting, really exciting. I remember telling my family like hey, this one might get to 1,000 views.

SONNE: A bad day on the farm can make a really good YouTube video. I don’t know what it is, but people really enjoy maybe watching you struggle.

SONNE VIDEO: Something interesting that’s going on right now. This calf’s ear is bleeding a little bit. And so we’re going to have to pay some attention to that to make sure it closes up and is healing.

Mary Heffernan and her husband got their start farming and ranching later in life. They owned restaurants in Silicon Valley and wanted to produce their own beef.

HEFFERNAN: So we bought a ranch and naively thought that we could do both lives. We quickly realized that it just wasn’t possible for us to do both things well.

So the Heffernans took their four little Marys and moved to the ranch full-time. Five Marys Farms was born.

HEFFERNAN VIDEO: Here in the mountains and pastures of far Northern California, we work tirelessly to produce the best quality meat for you to feed your family.

The Heffernans wanted to sell their beef directly to consumers instead of going through grocery stores. Mary Heffernan’s job was to sell the meat. Instagram became her main tool.

HEFFERNAN: I would just share photos from my day and stories.

As her more than 150,000 followers watch her life unfold, they also buy meat. Now, Mary Heffernan has started a social media marketing class. More than 600 farmers and ranchers have signed up.

Of course there are down sides. People can be rude.

HEFFERNAN: If I get any negativity, I just block them so that they aren’t seeing my account anymore.

And followers can be nosy.

HEFFERNAN: I didn’t post anything for 24 hours, and a woman called my farm store and asked if I was dead.

And it’s a time commitment. Cole Sonne spends seven hours a week editing videos and that doesn’t include filming time. And then for some reason, one video does well while another busts.

SONNE: You do try to be your best and you try to be number one, but it can be tough. There is a lot of competition out there, and it seems like it’s growing everyday.

But Sonne says he wants his videos to be educational more than just entertaining. He wants city folks to understand where their food comes from.

SONNE: There are those people out there that are kind of half educated. Farm YouTube can bring those people in, and maybe help them see things from a different light.

Laura Carlson says her YouTube channel has given her a new community. Without being asked, some viewers even donated money to help her pay for expenses.

CARLSON: And so I wanted some way to like, you know, thank them. And so I wrote their name on a flag and put it next to a corn plant…

And when it comes to a career as challenging as farming, Carlson says it doesn’t hurt having a stadium of fans.

CARLSON: When you have 75,000 people telling you what a great job you’re doing, and they can’t wait for the next video, it’s really not hard to find motivation to keep making them.