In this Feb. 3, 2021, file photo, a security person moves journalists away from the Wuhan Institute of Virology after a World Health Organization team arrived for a field visit in Wuhan in China's Hubei province. Ng Han Guan/Associated Press Photo 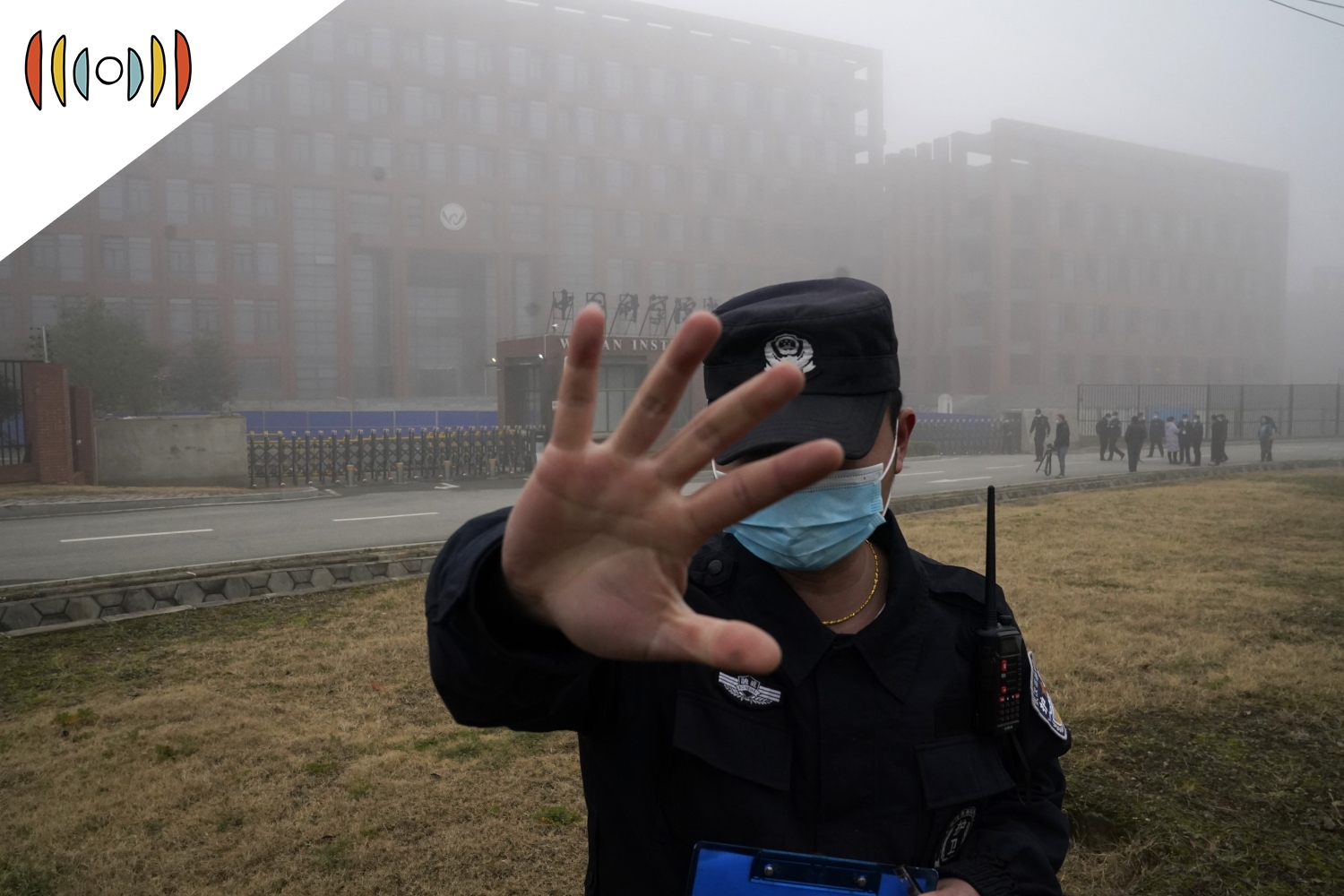 NICK EICHER, HOST: And I’m Nick Eicher. First up on The World and Everything in It, the origins of COVID.

Over the last month, the debate over just how the novel coronavirus first infected humans in Wuhan, China, has gotten new attention. President Joe Biden has called on U.S. intelligence agencies to “redouble their efforts” to root out the source.

What new information has come to light? And will we ever get conclusive answers about how the global pandemic began? WORLD’s Sarah Schweinsberg reports.

SARAH SCHWEINSBERG, REPORTER: COVID-19 began circulating in Wuhan China at the end of 2019. And, as we all know, it quickly spread to the rest of the world.

Immediately, scientists and global leaders had one major question: How did this new virus come to infect humans?

Chinese officials blamed bats. They’re common hosts for coronaviruses that can jump to humans in what’s called a spillover event. Spillover events can happen when humans come into contact with bats or animals that bats have infected.

Gigi Gronvall is a scholar at the Center for Health Security at the Johns Hopkins Bloomberg School of Public Health.

She says that’s how several diseases have gotten started.

GRONVALL: And we have to point to SARS, to MERS, to Ebola to other viruses, you know. We bump into them all the time.

In the case of COVID-19, Chinese officials said the spillover event happened at a Wuhan wet market, where vendors sold slaughtered wild animals for eating. Wild animals that bats could have infected.

But in February 2020 Republican Senator Tom Cotton of Arkansas questioned that theory on Fox News. He raised the possibility that COVID-19 could have leaked from a lab in Wuhan.

COTTON: Now we don’t have evidence that this disease originated there, but because of China’s duplicity and dishonesty from the beginning, we need to at least ask the question to see what the evidence says.

Dr. Anthony Fauci is the head of the National Institute of Allergy and Infectious Diseases. He also called the lab leak theory highly unlikely.

Despite that, in April 2020, President Trump announced U.S. intelligence officials would investigate whether COVID-19 came from the Wuhan lab.

GRONVALL: It became challenging to talk about that. I don't know if it necessarily impeded an investigation but it did impede the discussion of it, I'm sure a little bit among people.

Throughout 2020, some virologists and biologists still raised questions about the natural origins theory. One study noted COVID-19 doesn’t mutate very often as it’s passed from human to human. That caused some scientists to suspect someone engineered COVID-19 for human transmission from the start.

Another paper argued COVID-19 had some unusual genetic features that don’t typically occur in the wild.

And some scientists and politicians noted that the Wuhan Institute of Virology had been harvesting and studying bat coronaviruses. That meant researchers could have manipulated a coronavirus to make it more infectious. That’s called gain-of-function research.

Filippa Lentzos is a biosecurity expert at the King’s College London. She says it’s not exactly clear what the Wuhan lab was doing with the viruses.

LENTZOS: There's clearly a whole range of research that we don't know about yet. And they've not been very forthcoming and transparent about that.

The World Health Organization sent a team of scientists to Wuhan to study COVID-19’s origins earlier this year. But Chinese officials limited the information scientists could access.

FAUCI: As I’ve said, I still believe that the most likely scenario is that this was a natural occurrence, but no one knows that 100 percent for sure.

Soon after, more than 200 House Republicans sent a letter to House Speaker Nancy Pelosi urging her to support a bipartisan investigation into COVID’s origins.

Republicans are also interested in learning more about the financial ties between the U.S. government and the Wuhan lab.

Still, Gigi Gronvall at Johns Hopkins says renewed investigations may not find the conclusive answers everyone is looking for.

GRONVALL: You can't go back in time and collect the samples that you wish you had had. You can't force governments to do things that they don't want to do. And so there's going to be some limitations.

Filippa Lentzos at the King’s College London says regardless of COVID-19’s origins, countries need to do more to regulate labs.

Potentially risky biological experiments are happening more often all around the world. She says that makes lab oversight and transparency more important than ever.

LENTZOS: All countries should have comprehensive risk assessments for biosafety and biosecurity. They also need to implement and share best practices, they need to participate in exchanges and engagement activities between these sorts of labs, as well as to strive to adopt international standards.

But stricter safety standards could be difficult to enforce in countries that don’t play by international rules.