Court-packing effort packs it in 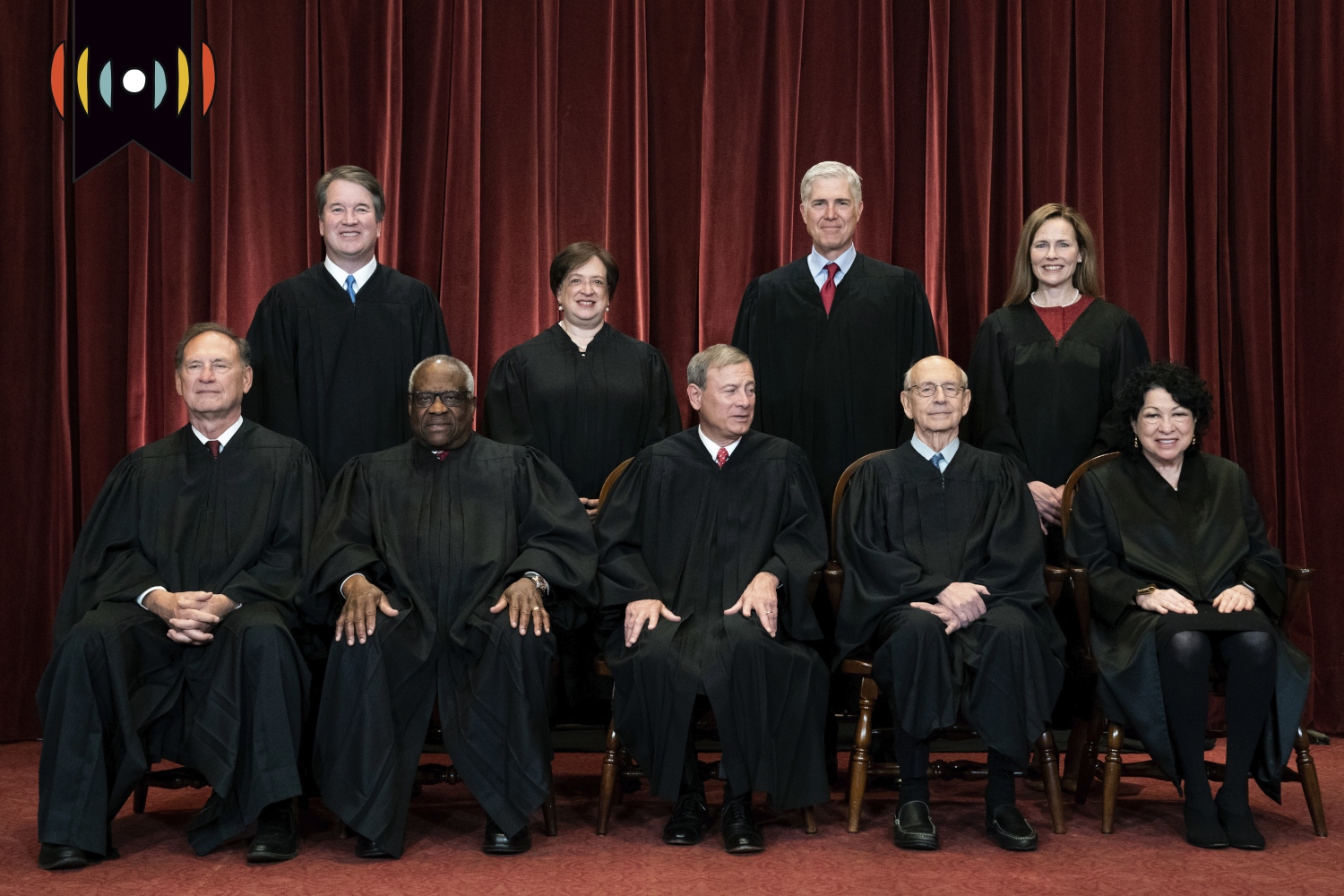 From the moment President Biden took office, some in his party have pressed him to work with Senate Democrats to get rid of the Supreme Court’s conservative majority. One option? Increase the number of justices on the bench, thereby allow President Biden to place more liberal justices on it.

MARY REICHARD, HOST: Publicly, the president said he’s “not a fan” of that idea. But in April, he signed an order forming the Presidential Commission on the Supreme Court of the United States. Thirty-four former judges and legal scholars made up the Commission.

Its stated purpose? To provide an analysis of the arguments for and against changes to the Supreme Court.

EICHER: And last week, that commission presented its findings. Here now to talk about what the panel did or did not determine, and what it means, is Mark Caleb Smith. He’s a political science professor at Cedarville University, a Christian college in Cedarville, Ohio.

REICHARD: With regard to expanding the Supreme Court, there were really two different questions. First, can it be done? And second, should it be done?

The panel didn’t really take a position on whether Democrats should pack the court. But what about the commissioners’ answer to the first question—can they legally pack the court?

SMITH: Yeah, I mean, they certainly can legally pack the court if they choose to do that. The size of the Supreme Court is set by congressional legislation and there's no constitutional impediment to them packing the court or expanding the size of the court, however, we're going to define our terms. So it's never been really about the ability of Congress—if it chooses to go down that road—to expand or even contract the size of the court. I think most of it really hinges on that second question: should they do it?

REICHARD: Hypothetically, supposing President Biden and Senate Democrats were on board to expand the court, how would that work? Is that something they could do with a simple majority—just 51 “yes” votes?

SMITH: The filibuster would come into play. So, unless the Democrats in the Senate are willing to get rid of the filibuster, then a simple majority would not be enough to do it. And we do know from Senator Manchin and Senator Sinema, they've already expressed publicly that they would not be willing to abolish the filibuster in order to expand the size of the court. And so, again, I think the mechanics are in place of the Democrats could do this, at least in theory. The practicality of it, though, is I'm not sure there's an easy way to go about it.

REICHARD: The commission also addressed the proposal of introducing term limits for Supreme Court justices. What did they find there?

SMITH: It's a mixed record. I mean, because we do have states that have a variety of approaches to judges, electing them, having them for certain terms of office and things like that. It's difficult to know, in some ways, what kind of impact that would have on the federal judiciary. We have a long standing tradition in our country, those federal judges having a lifetime appointment on the court. And for some people, that's frustrating. They want to see more turnover and more transition on the court. We have to understand, I think, though, one of the reasons that they do not have term limits is so they can, for one, develop expertise in the law. The federal law is big, multifaceted, complicated, and most of their job is actually interpreting federal law. It's not interpreting the Constitution. Those lifetime appointments also give them some level of judicial independence. If you're not worried about how long you'll be in your seat, if you're not looking over your shoulder, if you're not concerned about the next appointment, if there is one, you have a certain amount of independence as you approach difficult, prickly questions—especially questions so I think even term limits present a lot of questions for the court and whether it’d be a good idea.

REICHARD: The panel commission took positions on several lesser topics—on things like public audio and opinion announcements, and an advisory code of ethics for justices. Speak to some of those things for a moment. What kinds of recommendations did the commission make?

SMITH: There's an awful lot of support in different quarters about making the court more accessible. As your listeners probably know, very little of what the court does is in public. What takes place in public is really just the oral arguments that occur and those have recently begun to show up online, which I think is a positive step in some ways because people can listen, if they choose to do that. There's been a good bit of pressure, though, to expand that reach and in different parts what the court does, or even maybe to make the court have their oral arguments televised . The court, I'll just say, the court has made very clear that they don't really see a need to change anything from what they're doing right now. I'm paraphrasing here but at one point, former Justice Souter essentially said, if you put cameras in the Supreme Court it'll be over my dead body. And I actually think that probably reflects where most of the justices are. To me, when you have cameras and more access in a courtroom, you tend to have lawyers that are playing up to an audience, you then have judges that sometimes are cultivating an audience or a certain profile. Whereas when you have limited access, I think those things are less likely to happen.

REICHARD: Do we have any indication on how Congress or the White House might act on the commission's findings?

SMITH: You know, the good rule of thumb when we think of presidential commissions is that if a president wants to be done with a problem and avoid it, he makes a commission out of it. And so Joe Biden, I don't think was ever really interested in pursuing court packing or significant judicial reform. But he was getting a lot of pressure within his party to do some of those things. Creating a commission, getting a report that's fairly ambiguous, even though it's big and has a lot of people involved with it, it's an ambiguous report, doesn't give clear recommendations on the hot button issue of court packing. I think it's a perfect outcome for Joe Biden. He can say, well, you know, we studied it. There wasn't a strong conclusion on it so we're just sort of moving on from there. The pressure is going to come from Congress, especially the left wing of his party, the more progressive parts of the Democrats. They want to see significant judicial reform, they're going to keep pushing for things like packing the court. But you know, as we've already discussed, I'm not sure there's any practical way of going about that. And so I kind of see this as being a dead issue, probably. Unless the court hands down a blockbuster decision in June, where they may overrule Roe vs. Wade or something like that. If that happens, we could see these arguments come back. But to me, I think they're sort of at least dead for now.

REICHARD: Mark Caleb Smith from Cedarville University has been our guest. Professor, thanks so much!