Could COVID-19 be the next Chernobyl?

WORLD Radio - Could COVID-19 be the next Chernobyl? 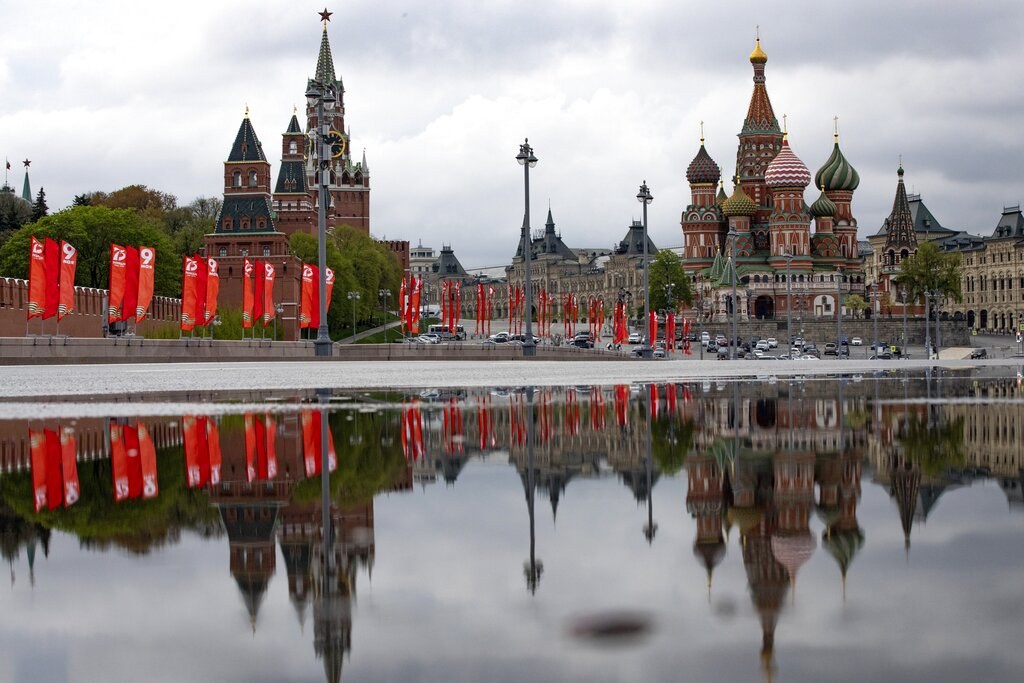 MEGAN BASHAM, HOST: Coming up next on The World and Everything in It: COVID-19 in Eastern Europe.

NICK EICHER, HOST: The coronavirus got a relatively slow start in former Soviet countries, at least according to official media accounts. But even they are now reporting a rapid increase in cases. Russia has reported more than 10,000 new infections each day for the last four days. The country’s official death toll remains low, but outside health experts are skeptical.

BASHAM: So how is the pandemic affecting life in Eastern Europe? Joining us now with some first-hand insight is Eric Mock. He’s vice president of ministry operations for the Slavic Gospel Association. It’s a U.S.-based organization that works with a network of more than 6,000 evangelical churches in Russia and former Soviet states. Thanks so much for joining us today!

ERIC MOCK, GUEST: Well, you’re very welcome and it’s a joy for me to be with you and to share with your listeners about the joy we have in serving the churches in the lands of Russia.

BASHAM: Well, I know you’ve been stuck at home like the rest of us for the last few months. But before travel restrictions went into effect you spent about one-third of each year traveling across Eastern Europe visiting pastors and their churches. So start by telling us a little bit about how they were doing before the pandemic.

MOCK: Well, when we talk about central Asia, when we talk about the war zone in eastern Ukraine, or even far-eastern Russia, what we see is a people that were already impoverished. In the far east of Russia, you find a predominantly pagan people and they still worship the sun, the moon, and the stars, and they live in very difficult situations. And then when you’re talking about the southern stands in central Asia, they were already some of the poorest in the world, just the difficulties they have just putting food on the table. It was all there. And, of course, in the war zone of eastern Ukraine, the infrastructure is all but destroyed. And so even before the virus, they were living in what most people would consider abject poverty.

BASHAM: You have described the outbreak of COVID-19 in Eastern Europe as “the next Chernobyl.” And, for those who don’t know, that’s a  reference to the 1986 nuclear disaster that helped speed the downfall of the Soviet Union. Can you explain how you think that situation compares to the current global pandemic and what you think may come of it?

MOCK: Well, absolutely. There’s a couple factors to consider in this. Initially when Chernobyl happened, at least for the first three to four weeks after the reactor had melted down, there was a sense of cover-up or a sense of silence that went on. And people had really, for the most part, gone on with their lives. Meanwhile, the cloud of radiation continued and the true impact wasn’t recognized until much later. In the same sense, what we’re seeing now as the governments are slow to respond, the probability of a greater impact is there. And so, again, the multiplying factor is a poor healthcare system, already poor economics, and a people being not properly informed about what they’re facing. The families suffer. And what we’re seeing now is that the children are the ones that seem to be the ones that most suffer. And, of course, with the elderly.

BASHAM: Speaking of the children, obviously everyone in Eastern Europe is suffering from the effects of this pandemic. But orphans are especially vulnerable during this time. Can you explain why and what’s happening to them?

MOCK: Absolutely. There are three types of orphanages that you see in those Slavic countries. One is an actual orphanage where the kids are taken away from either having no parents or a parent that has lost their rights. That’s a true orphanage. But there are also temporary locations for children that have been taken away from their parents, or in what they call a boarding school, where they’re still caught up in the courts. These kids that have a living parent but they’re coming from these very troubled and difficult homes under the COVID-19 pandemic, they’ve been actually sent back to these homes. And they’re going to homes that are violent. Homes that are impoverished. And we’re even hearing about a child in one region that had made its way back to the police station begging and pleading to go back to an orphanage to where they got a meal every day and they were just in tears because they just didn’t realize how bad their homes were. I just couldn’t imagine a child pleading to go to an orphanage.

BASHAM: You tell these stories and they’re so heartbreaking. But you’ve also noted that there’s an amazing opportunity here for the gospel to spread in places where people may not have been as receptive before COVID-19. Can you tell us what you’re hearing from pastors in the area and how they’re ministering in situations like that?

MOCK: What is very exciting, if I can use the word exciting in the middle of a difficult situation, is that there are many people that are now asking questions. And God has raised up His church, the church that endured under the 70 years of communism, the churches that have been faithful to God’s word and the gospel. So, we don’t have to create anything. We just have to get behind what God is already doing and it’s already beginning to happen.

BASHAM: Erick Mock is vice president of ministry operations for the Slavic Gospel Association. Thanks for joining us today.

MOCK: It was my joy. And many blessings to all your listeners.

BASHAM: And to you also. We’ll be praying for you.

(AP Photo/Alexander Zemlianichenko) The Kremlin Wall with Spasskaya Tower, left, and St. Basil’s Cathedral are reflected in a rainwater on the almost empty Bolshoy Moskvoretsky bridge decorated with red flags prior to celebrating Victory Day in Moscow, Russia, Wednesday, May 6, 2020.