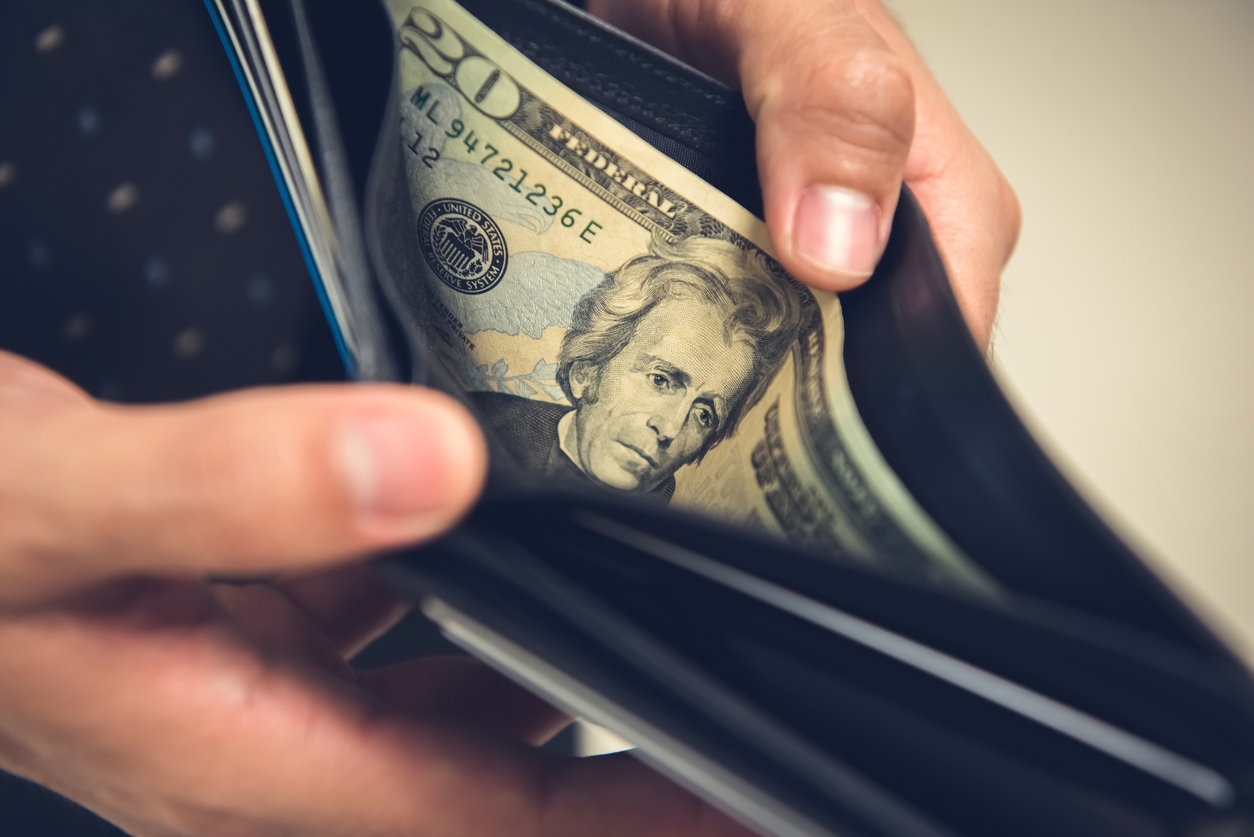 NICK EICHER, HOST: Next up on The World and Everything in It: cash and coronavirus.

First credit and debit cards took over as Americans’ favorite payment methods. Now, shoppers are turning to cashless payment apps on their smartphones. And the coronavirus pandemic is increasing that trend. Some businesses have stopped taking cash altogether over fears it could spread the virus.

EICHER: That has some financial experts predicting digital payment methods will replace cold, hard cash much sooner than expected. But moving toward cashless commerce has its drawbacks. WORLD reporter Sarah Schweinsberg has our story.

SARAH SCHWEINSBERG, REPORTER: Zao Asian Cafe is a fast-casual franchise, serving-up noodle bowls and salads. Its dining rooms have opened back up, but its cash registers haven’t.

A sign over this Riverdale, Utah location’s register says, “We accept you for who you are, but we don’t accept cash.”

Isaac Cistro manages this location. His voice is muffled by a thick, black mask. He’s asking everyone to pay online or use digital wallets, credit or debit cards.

ISAAC: I have a couple people come in with cash, but they get it they understand because of the virus.

If a customer only has cash, Cistro will accept it. But he says eliminating cash is safer for his employees and the customers.

ISAAC: Cause we don’t know where the money comes from, you know.

Guidelines from the Centers for Disease Control and Prevention advise businesses to use touchless payments as much as possible. That’s pushed some businesses like supermarket giant Publix to begin accepting Apple and Google Pay at its 1,200 locations.

Politico reported that Paypal, which also owns the Venmo App, has seen twice the usual number of new customers setting up accounts each day.

Kenneth Rogoff is an economist at Harvard University. He says this uptick is just speeding up an existing trend.

ROGOFF: There’s been a steady change for 100 years, first, the checks and then credit cards, and then debit cards, and then smartphones, and now all these new payment apps…. So I think the days of cash are numbered, and I don’t think there’s any question that Covid-19 is going to accelerate this trend.

Rogoff says, germs aside, businesses have been promoting cashless payments because greenbacks have drawbacks.

ROGOFF: Actually managing cash is a very expensive. First of all, your insurance rates are much higher when you’re a cash-intensive business for obvious reasons, there’s a lot of employee theft that businesses need to control, they’re all kinds of handling problems, record-keeping problems…

But some cash-advocates argue a digital financial world creates disadvantages for the poor and elderly who may not have bank accounts, smartphones or access to credit cards. Cash is also more private than recorded digital transactions.

LEE: It’s completely unfair to single out cash as a factor for transmitting the coronavirus because any physical surface could carry that.

The idea of cash being dirty gained steam in March. That’s when British newspaper, The Telegraph, published an article saying paper bills might be spreading the virus. The World Health Organization then issued a statement refuting those claims, but Lee says the message took hold.

LEE: Our members really suffered, during March, when this was at its height. We spent two months sending our correctional messages.

So is cash dirty or clean? Dr. Amesh Adalja is an infectious disease expert at Johns Hopkins University. He says cash is dirty, but so is everything else.

ADALJA: It just is the fact that everything that human hands touch everything on this planet is teaming with microorganisms, most of which don’t cause any problems, however when there are outbreaks and pandemics, like what’s going on now, people do worry about transmission through coins and paper bills. However, I don’t think it’s a major route for this virus to get around the world.

Dr. Adalja says after touching any surface, including cash, safety comes down to handwashing and not touching your face.

And so, many businesses are still accepting cash, but they are taking precautions.

At a Great Harvest Bread Company in Layton, Utah, an elderly man pays an employee with a $20 dollar bill. The employee wears a mask and gloves, and she avoids the man’s hands when she gives him his change. Then she wipes down the register.

Joe Rich owns the store. He says county guidelines discouraged cash, but he wanted to give his customers options.

RICH: I think that people who use cash are cash buyers. They have cash. They use cash. And I think to be able to give them the ability to come in and purchase without having them use a card, I think is important.

Marce Perez owns Garcia’s Mini Market in Kaysville, Utah. She still takes cash because many of her customers don’t like credit cards. Her son translates.

MARCE: Well, she’s saying, our people, our Hispanic people, aren’t really good with using their credit cards, and they don’t know how to control their financing and stuff like that so they use mostly cash when they come to stores….

That isn’t a problem unique to her community. As of 2019, Americans have racked up nearly $14 trillion in personal debt.

Harvard’s Rogoff says as tech advancements allow for even better digital payment security and variety, cash will continue to fade. But he predicts, real money will and should still have a place.

ROGOFF: I favor a less cash society and not a cashless one.