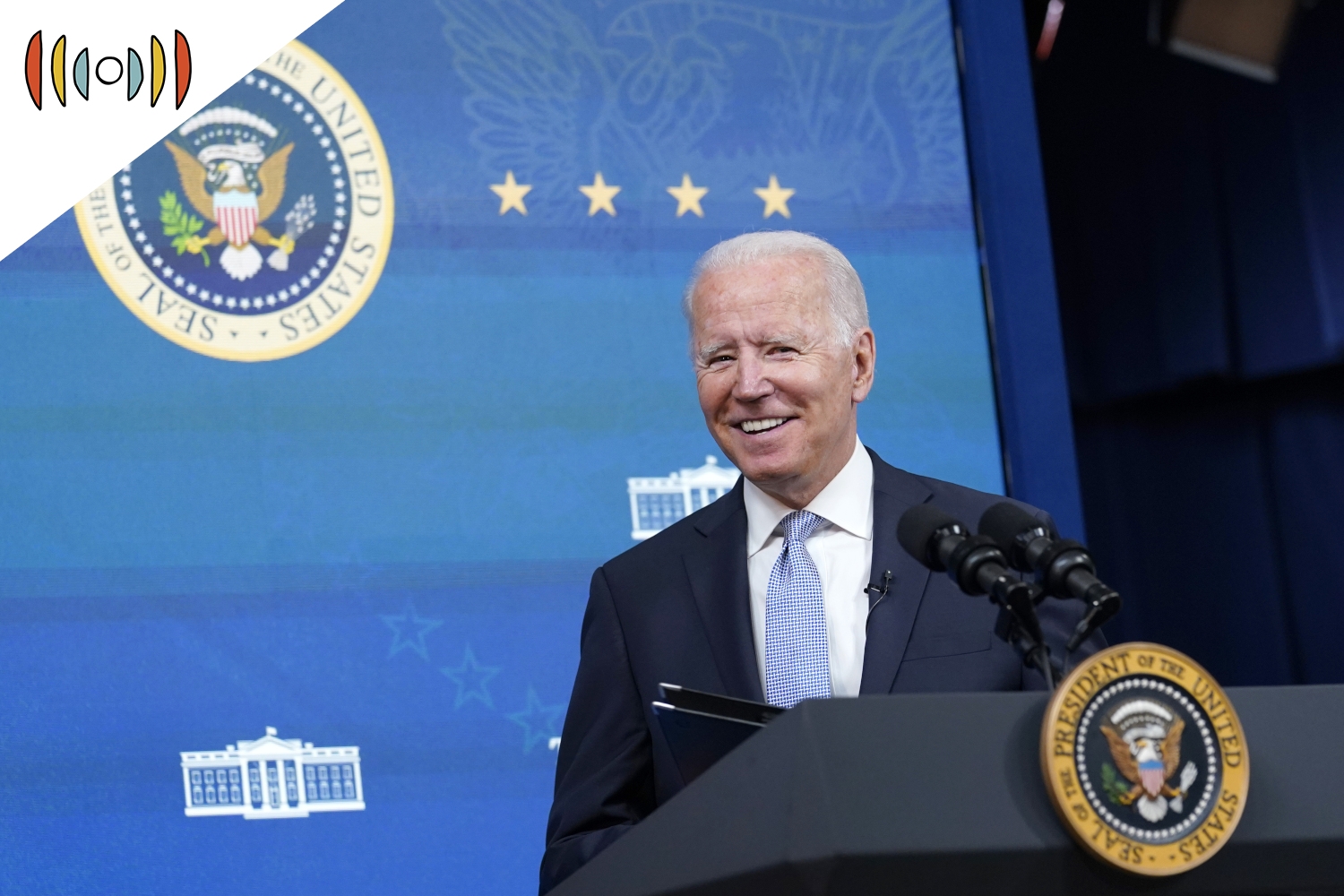 NICK EICHER, HOST: And I’m Nick Eicher. First up on The World and Everything in It, government jobs.

In 1933, President Franklin Roosevelt created the Civilian Conservation Corps—the CCC—one of the many so-called “Alphabet Agencies” of the New Deal. The CCC employed 3 million young men over a decade until Congress ended the program in 1942.

REICHARD: The CCC built roads, campsites, bridges, and cabins in state and national parks across the country. Now, President Biden wants to stir up a fresh batch of alphabet soup, beginning with an all-new CCC. WORLD’S Sarah Schweinsberg reports.

SARAH SCHWEINSBERG, REPORTER: In 2012, Nicole Kreiser wasn’t sure what to do. She was studying biochemistry at a small private college in Pennsylvania. But she wasn’t excited about her future.

KREISER: I couldn't find that career path that I was hoping to find within that major.

She decided to take some time off and move out west to Utah. After a few months, Kresier overheard a group of young people at a coffee shop talking about their work with the Utah Conservation Corps.

KREISER: I met a group of crew members that had just finished up a project week out in the high Uintas wilderness here in Utah. And they were so excited about their project work. I definitely you know, love being outside and hiking and camping, backpacking, things like that were really important to me. Then they recommended that I apply. And so I did.

Kreiser says the Utah Conservation Corps gives her and thousands of other young people an outlet for love of the outdoors … as well as practical skills.

Now, President Biden wants to recreate the CCC, but this time it would be called the Civilian Climate Corps. The program would have two goals: mitigate climate change and employ young people.

Biden’s American Jobs Plan includes $10 billion for the program. Eighty percent of that funding would go to personnel. It would pay about $40,000 a year for up to 200,000 workers. It would also provide housing and stipends for clothes, food, and transportation.

The rest of the $10 billion budget would fund climate mitigation projects across the country like clearing undergrowth that can fuel forest fires, planting trees, and creating green spaces in cities.

Melissa Bass is a public policy professor at the University of Mississippi. She wrote her dissertation on the original Civilian Conservation Corp. She says the Biden administration’s CCC has a similar mission and design to the original.

BASS: The men were paid $30 a month. So that's $1 a day. But it also provided room and board. So for free of cost, health care, and like work supplies, so their boots, their uniforms.

Bass says although the original CCC did a lot of valuable work throughout the country. Congress didn’t renew the massive program because it was no longer needed. The country was mobilizing for World War II, and jobs were plentiful.

BASS: There were questions of should we still have a big national government program, when there is not an issue with high unemployment. So it really was seen as a jobs program.

And that's exactly how some labor experts see this new proposal.

Rachel Greszler is a labor policy scholar at the Heritage Foundation. She points out that many businesses are struggling to find enough workers.

GRESZLER: And so to have the government come in now and to say, No, we're going to let you come to this CCC program that's going to give you lush compensation, housing, food, clothing, transportation, everything else, that just makes it harder for the other businesses out there who are struggling to get the workers to come in to be able to recover.

Despite those economic concerns, environmental experts say they’re excited about the prospect of having a larger labor force. America’s public lands are getting more traffic than ever and that requires more maintenance than ever.

DAMITZ: If we're willing to spend a little bit more on as a nation to get more young folks on their feet with good skills and to give back to the public lands that we all use, love, and value, I see that as a good thing.

Damitz’s colleague Nicole Kreiser agrees. But she points out that state-run corps already get the bulk of their funding from the federal government’s AmeriCorps program. So why not just increase that funding instead of starting a new federal program?

KREISER: We've been performing this service work for 20 years now. And it's been, you know, wildly successful. If we were to receive that additional funding, I think we have a good foundation to be able to build on.

KREISER: We have UCC field crews that work on environmental projects, including, you know, the fuels reduction projects for wildfire fuels, tree planting, wetland restoration, vegetation management. So, a lot of the work that we do could be relatable.

The CCC’s $10 billion price tag is a drop in the bucket of the newly negotiated $1.2 trillion American Jobs Plan.

But Heritage’s Rachel Greszler says the government is different today than it was in the 1940s.

Once it creates a program, it’s usually here to stay.

GRESZLER: All these little things tend to add up over time.

The last couple paragraphs on this article just goes to show that the creation of the new CCC is less about what it actual does, and more about making a statement. If programs already exist that are funded by the federal government and already do what he is proposing this new group to do, why is he creating a whole NEW group to do the exactly same thing? It is such wasteful duplication of work and cost when you could put more funding into the existing programs so they can expand.