WORLD Radio - Confronting the past 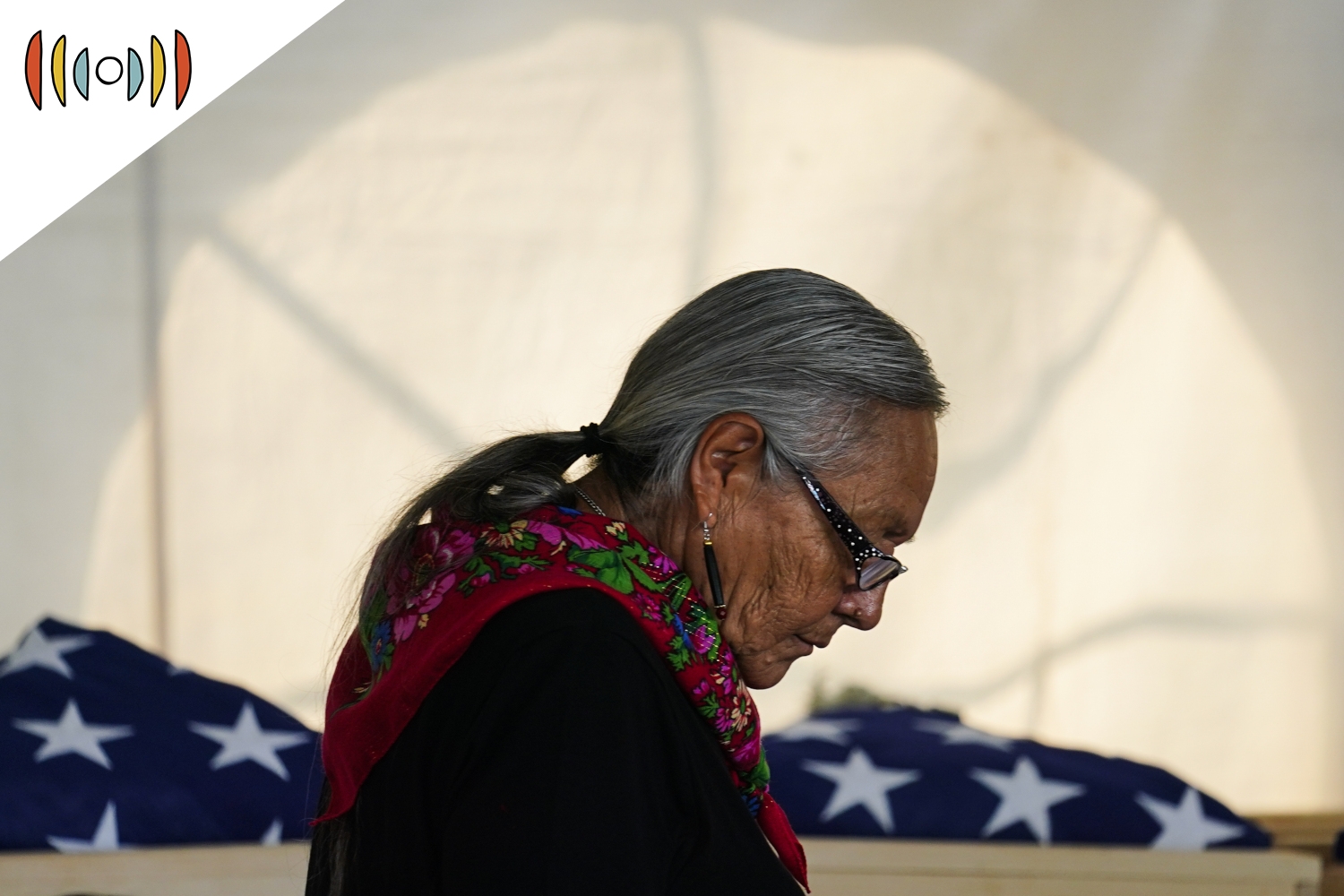 NICK EICHER, HOST: And I’m Nick Eicher. First up: acknowledging the past.

For about eight decades, beginning back in the late 19th Century, the governments of Canada and the United States sent Native American children away from their families to boarding schools. Officials believed separating children from their tribes would help to assimilate them into the respective national cultures.

This past summer, several Canadian tribes began looking for the remains of children who died while attending these schools. They found three sites with unmarked graves. More than a thousand graves.

EICHER: The discoveries have spurred some American tribes to begin their own search for remains. And the U.S. government says it will help. WORLD’s Sarah Schweinsberg reports.

SARAH SCHWEINSBERG, REPORTER: Jeff Yellow Owl grew up on the Blackfeet Reservation in Northwestern Montana. He had a big family, but he loved spending time with his two grandmothers more than anyone else.

YELLOW OWL: I used to think to myself, I need to die before them because I don't know if I could live if they’re not in my life.

One day, when he was about 10, he sat with one grandmother in her living room. She was poor. Her house didn’t have a foundation or electricity. She asked him for a foot massage.

YELLOW OWL: And so I start pressing her feet. I was like, What are these? And she goes, those are bunions. When I was in boarding school in Genoa, there were some that were trying to run away. And what they did was they took shoes that were too small for us, and forced us to wear them. So we couldn't run. And so she goes my feet ended up getting these big bunions with that.

Federal authorities sent Jeff Yellow Owl’s grandmother to a federal boarding school in Genoa, Nebraska when she was just a little girl.

His other grandmother also went away to a boarding school, along with her brothers and sisters.

She died nearly 30 years ago, and Yellow Owl isn’t sure which school she attended. But she had vivid memories.

YELLOW OWL: She would say they would wait by the door and we would be whispering to each other and they would, they would come in and beat us if we're speaking in our own language.

Deb Haaland heads the Department of the Interior. She’s the first Native American to lead the department. In June, Haaland ordered an investigation into the lasting consequences of residential boarding schools. It will also identify the locations of student burial sites.

Some burial locations are already known. This summer, the remains of nine Native children at a boarding school in Carlisle, Pennsylvania returned to the Rosebud Reservation in South Dakota.

Samantha Williams is a historian who specializes in Native American boarding schools. She says starting in the 1860s, the federal government opened about 70 boarding schools across the country.

WILLIAMS: The guiding idea was kill the Indian to save the man, which is to basically remove anything indigenous about these children, and force them to accept the type of white culture and customs and values that were being taught to them.

GRANBERRY: I think that the boarding school movement was part of a one-two punch that decimated native people in the U.S., and probably Canada, too.

The first punch was being confined to reservations. The second punch was having their children taken away.

Some former boarding schools are now doing what they can to help Native American children and communities heal. St. Joseph’s Indian School opened in 1927 in Chamberlain, South Dakota. A Catholic order operated it outside the federal boarding school system, but the school used similar assimilation techniques until the 1950s.

OMODT: So we do language classes, you know, in the native tongue, and we encourage, you know, all that type of thing.

Omodt says the school had already started to publicize its sometimes difficult history. And it welcomes the federal probe as another opportunity to dig into its past.

OMODT: And so we want to be very honest with our history, but also allow for the nuance of what the truth is. And so we're starting to kind of address it more fully.

Huron Claus heads CHIEF, a Native American evangelism outreach ministry. His paternal grandparents both attended a boarding school in Ontario, Canada. Claus says the federal investigation is a chance to acknowledge the past on a broad scale. But he says the church needs to be at the front of leading reconciliation.

Jeff Yellow Owl, who is also a Christian, says that healing won’t happen easily. Forgiveness and then rebuilding trust may take generations. But his grandmother showed him the way forward.

YELLOW OWL: And she said don't hold unforgiveness in your heart. She said, It's not good for you. She goes, what I read in the Bible, and what happened to our people are two separate things. We've got to do our, you know, our part. We heal, we take care of ourselves, take care of our family. What I learned through her was, you know, the pain, anything we've gone through always drove her to Christ.