The Supreme Court is seen on the first day of the new term, in Washington, Monday, Oct. 4, 2021. J. Scott Applewhite/Associated Press Photo 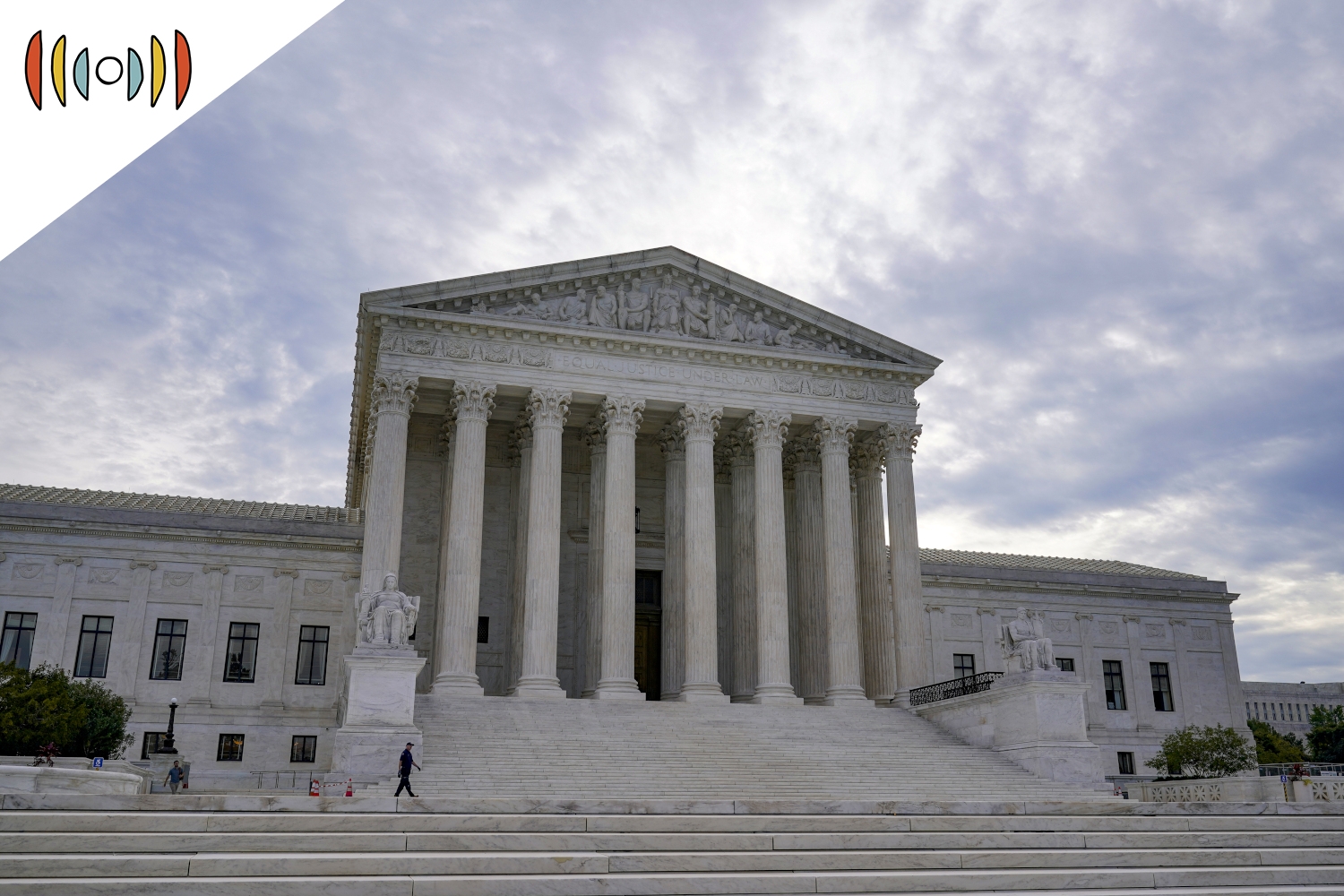 PAUL BULTER, HOST: Coming next on The World and Everything in It: the right not to create.

Lorie Smith is a Christian web designer in Colorado. She founded her company, 303 Creative, a decade ago. She plans to begin offering wedding design services online, but has not done so yet.

She’s among the latest to find that surrendering her First Amendment rights may be the cost of doing business in Colorado.

MARY REICHARD, HOST: Under the state’s Anti-Discrimination Act, Smith would be required to offer her services for both heterosexual and same-sex weddings despite her Biblical beliefs about marriage.

Joining us now with the latest on this case is Steve West. He’s an attorney and writes about religious liberty issues for WORLD Digital.

REICHARD: Take us back to the beginning of this case. Lorie Smith right now only plans to offer wedding website services. She doesn’t offer that service yet. So how did this dispute arise? Did she think she needed to ask the state to honor her religious convictions?

WEST: Because of other cases, Lorie Smith knew that she would be entering into an area fraught with difficulty if she chose to offer wedding services. After all, she lives in the same state with Jack Phillips, the Masterpiece Cakeshop baker, who has been in the news for years. So, while she does web design for LGBT clients, she has avoided entering the area of wedding services. She has not violated the law, as the state alleged Jack Phillips did when he declined to create a custom cake. This is a pre-enforcement challenge that Smith is doing. She’s testing the waters, if you will.

REICHARD: Well, the Masterpiece Cakeshop case as here also involved Colorado’s Anti-Discrimination Act conflicting with First Amendment liberties. Steve, what is it about the wording of that act that creates all these conflicts?

WEST: Numerous municipalities and states have laws like Colorado’s. First, it has a broad definition of a public accommodation—meaning any business or any place that offers anything to the public—unless what you primarily offer is a religious service. Secondly, it says you can’t refuse to offer your good or service to an individual or group because of their sexual orientation—among other things. And there’s the problem: the lower courts said that if Lorie Smith offered website design services for weddings, she could not refuse to offer them on behalf of same-sex couples as well.

REICHARD: Here’s the thing: the court in Colorado actually acknowledged that the state’s law infringed on Smith’s First Amendment rights and still ruled against her.

WEST: That’s what makes this such an offensive case. The court found that the creation of a wedding website is pure speech—words—and was also compelled speech—meaning Smith had no choice about it. They were saying that this law requires you to communicate this message of approval to same-sex marriage, even though it violates your religious convictions.

REICHARD: So, we know that if a law compels speech, that law must survive the highest level of judicial scrutiny.

WEST: That’s right. And that makes sense. The court must take a very hard look at it. It asks: Is the state’s interest compelling? It didn’t have any difficulty there. It said that “protecting both the dignity interests of members of marginalized groups and their material interests in accessing the commercial marketplace” was compelling. But then it also has to ask: Is the law narrowly tailored to meet that interest? And that’s where you can detect that something is afoot here, that, like the dissenting judge here said, there is some legal gerrymandering going on. The court could have said this is not narrowly tailored because a same-sex couple could go to one of many other web designers who would be able to assist them. But it didn’t do that. It said that Lorie Smith’s services were unique, that she was essentially a monopoly of one, and that since same-sex couples could not get her unique services anywhere else, then this law was narrowly tailored. That sounds like legal positivism—in other words, you decide the result you want, and then create the rationale to justify the result.

REICHARD: Alright, so what’s next? As I understand it, Smith appealed to the U.S. Supreme Court?

WEST: That’s right. As with any appeal, the likelihood is not great, and yet the free speech issue in the case is so clear, so stark, that the court may just take it. And there may be a glimmer of hope in that regard. Earlier in the summer, the court declined to review a case involving Baronelle Stutzman, who’s a Christian florist in Washington state. Alliance Defending Freedom attorneys who represented Stutzman have asked the court for a rehearing, arguing that the court should take Lorie Smith’s case and resolve these cases together. The court on Monday declined to hear several cases—well, maybe a 100 or so—but did not address Stutzman’s motion, which is a positive thing. Instead, the court relisted it, meaning that it is on the agenda to be discussed at the court’s next conference, which is coming up this Friday. That gives me some hope that both Stutzman and Smith may yet get their day in the Supreme Court.

REICHARD: The court’s calendar lists this Friday as the next conference. Steve West writes about religious liberties for WORLD Digital. You can read his work at WNG.org. You can also subscribe to his free weekly newsletter on First Amendment issues, Liberties. Steve, always good to have you on. Thank you!