Committed to justice in Uganda 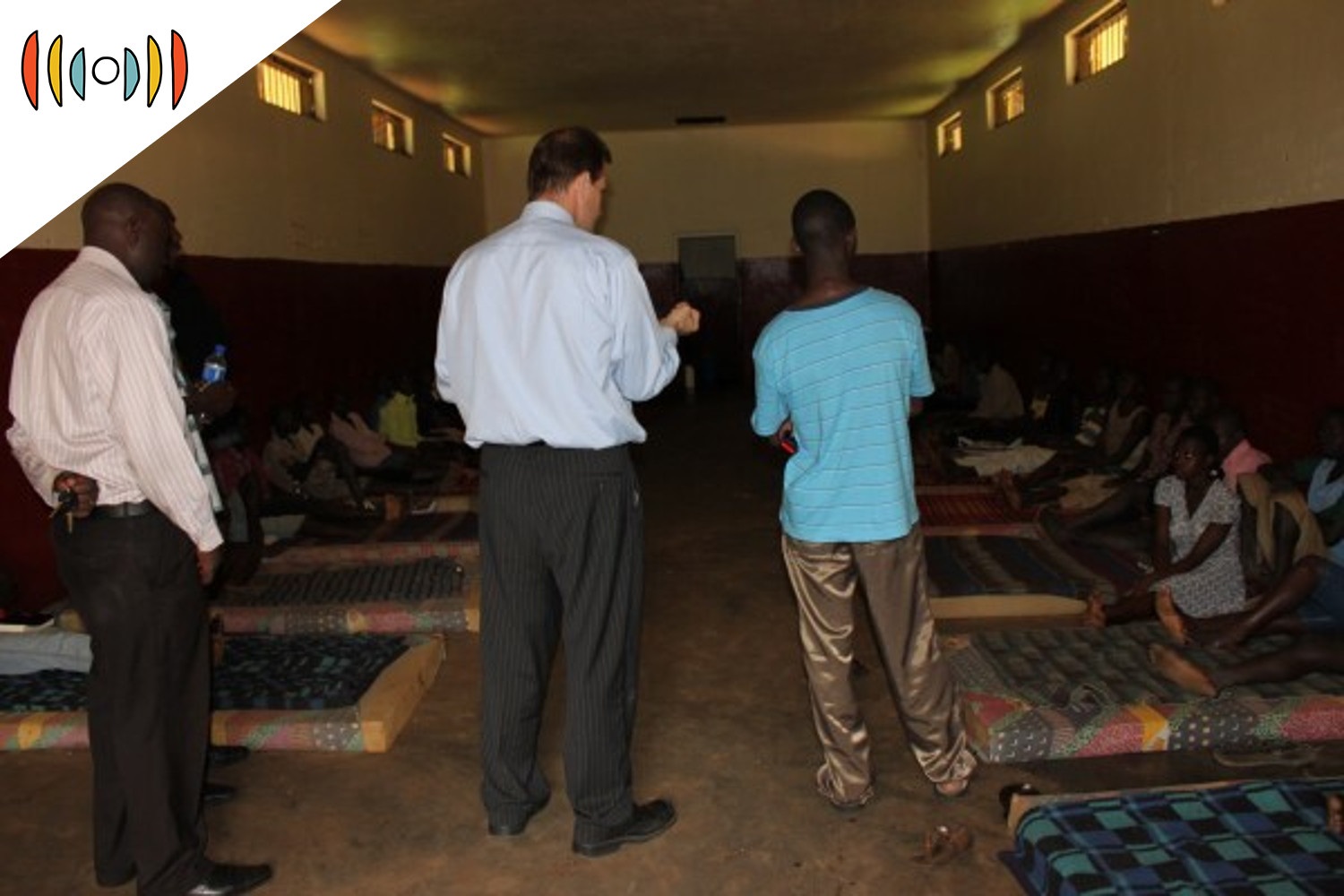 Coming next on The World and Everything in It: children behind bars.

Today, we will meet a Christian lawyer who visited Uganda on a mission trip thinking it would be a one-time thing.

JENNY ROUGH, REPORTER: Ten years ago, juveniles accused of a crime in Uganda remained stuck in prison to await their day in court. At the time, the African country didn’t have a bail system: the ability to get out of jail with charges pending. No immediate right of a lawyer to represent them. The system was a mess.

GASH: These kids were just taken out of their homes, often just off of the street, and the parents, in many of these cases, had no idea where the kid had gone to.

In 2009, Jim Gash heard about the challenges facing Uganda’s juvenile criminal justice system. A law professor at the time, he learned its judiciary was severely understaffed.

GASH: It’s a country the size of California in terms of population, about 37 million. They’ve got about 20 times fewer judges than L.A. County does.

Gash joined three other lawyers on a legal ministry trip. He spent a week at one of the juvenile prisons in rural Uganda to help move the backlog of cases toward trial.

He learned that the average wait time for a juvenile’s case to be heard was two years. Even for a crime like petty theft. Gash met kids who told him how wait times exceeded the prison sentence.

GASH: The maximum sentence is six months, and I’ve already been here for two years.

Adults were held even longer.

GASH: Which consisted of blankets on top of one-inch foam. Toward the back of the warehouse you could clean yourself with the jugs of water that were scattered throughout. The prisoners were allowed outside for about an hour a day, but for 23 hours a day, they were confined to that warehouse.

Gash returned to California and to his wife and three kids. Although devastated at what he witnessed, he had no plans to return.

GASH: I remember thinking: Someone has got to do something about this. But I knew it wasn’t going to be me. This was my one-and-done. This was my voluntourism trip.

But the fate of the boys weighed on him.

In Uganda, when the court date for the accused finally does arrive, a full trial ensues. For every single case.

GASH: What those kids needed was just someone to get them before a court to get an agreement made and then to move forward.

Gash decided to return for a second trip. He visited a different juvenile prison and continued similar work: moving stalled cases along. This time, the Ugandan judges had a request:

GASH: When I was over there, they said, “Hey, we want to do a study tour of plea bargaining. What do you recommend?"

Plea bargaining. In United States criminal law, plea bargaining is an agreement between the accused and the prosecutor to resolve the case without taking it to trial. The agreement is subject to court approval. So judges play a crucial role.

After speaking with Gash, six Ugandan judges traveled to the states to examine the American system. The judges met with everyone from police officers to prison officials to FBI agents.

GASH: And they came back and said, “We would like to institute plea-bargaining in Uganda, first starting in with juveniles and then moving into adults. Can you help us?"

Gash took a sabbatical in 20-12 and relocated his family to Uganda for six months. But as a torts professor, he felt like he was in over his head.

GASH: I was not a prosecutor. I wasn’t a public defender. I’ve never appeared in criminal court in the U.S.

Gash invited American prosecutors and public defenders to Uganda to help fill in the gaps. With experts from both countries in one room, the work began.

Gash and his lawyer friends consciously worked to avoid a common mistake: Acting with the belief or attitude that the American way is the right way.

GASH: That was not a, “Hey! This is how we do it. This is how you should do it.” All we do is say, “How can we be helpful?” Well, “How do you guys handle this? And what are the alternatives to this?” And some of the times, they said, “Okay, we’ll do it that way.” And then some of the times, they say, “Well, we don’t like it that way. Our culture is different.” Okay, well how would you like it?

Once the directive was on paper, formal legislation began and Ugandan officials put the new system in action.

GASH: And so cases, instead of taking two years for a kid who was arrested to get to court, you know, it would happen in six months, or four months.

Twenty cases. Then 50. Today, Uganda has resolved almost 100,000 juvenile and adult criminal law cases. Here is Ugandan justice Geoffrey Kiryabwire. This clip is from a documentary that described the transition, called Remand.

GEOFFREY KIRYABWIRE: I am personally convinced that plea bargaining will be the most significant reform of our criminal justice system since independence.

The American criminal justice system has plenty of problems of its own. Fifty states means 50 juvenile justice systems, not to mention differences at the county level. According to the Juvenile Law Center, we are the only country in the world with formal statutes on the books that impose life without parole on youth. Uganda has one system with one set of rules. And Gash says it’s a country that does not give up on its youth so quickly.

Critics of plea bargaining say it's problematic. It bypasses justice by giving a prosecutor an assured conviction without giving the defendant a day in court. A defendant who may be innocent.

GASH: Okay, yeah. There are risks with plea bargaining. But what’s worse? Having a choice to accept an offer that you think is unfair or sitting alone in a cell? Sometimes perfect is the enemy of the good. Sit for an hour in a Ugandan prison. Come with me, and you will have a very different view of your disdain for plea-bargaining.

GASH: Rwanda said if Uganda can do it, then we can do it.

Ghana. Nigeria. Lawyers from multiple African countries are now working together to reduce a juvenile’s time from arrest to resolution.

Next month, Gash is heading back to Uganda for his twenty-eighth visit.