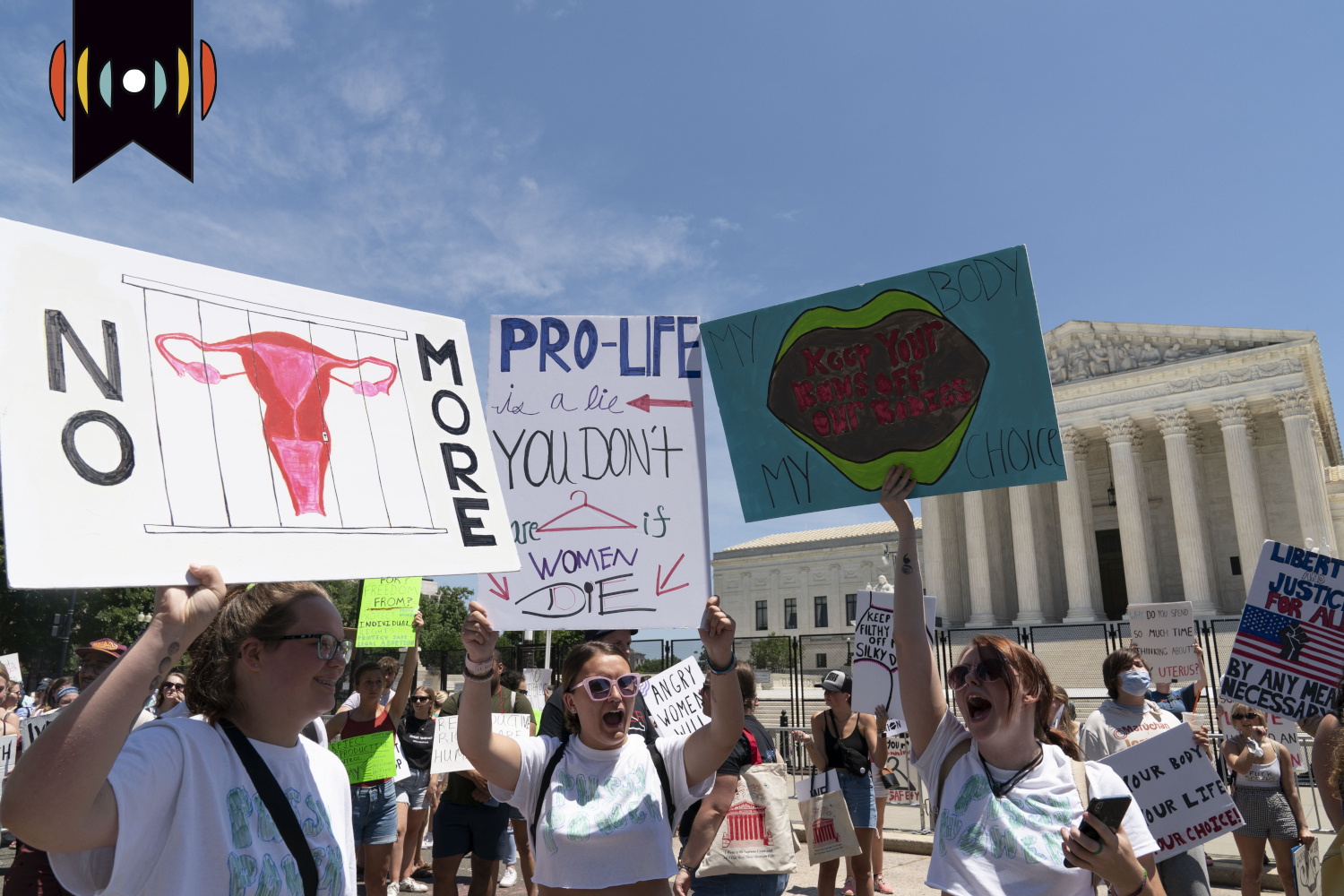 MARY REICHARD, HOST: Coming up next on The World and Everything in It: abortion misinformation.

NICK EICHER, HOST: Rumors are flying ever since the U.S. Supreme Court decided that there is no Constitutional right to abortion.

Social media in particular is spreading myths about how the Dobbs ruling will affect medical care for pregnant women. For example, claims that treating miscarriage and ectopic pregnancy will be illegal in pro-life states and that women will die without life-saving care.

REICHARD: Today, we have WORLD’s Leah Savas here to directly answer those claims. She’s our reporter who specializes in the life issues. Hi, Leah!

LEAH SAVAS, REPORTER: Hi, Mary. Thanks for having me.

REICHARD: Let’s get right to it. Is it now illegal in some states to treat miscarriages and ectopic pregnancies?

SAVAS: The short answer is no, but we can approach this no from two angles. The first one is legal, and the second one is medical. So I'll start by looking at the legal side of this.

If you actually look at the laws in the 21 states that already have protections for unborn babies, they all make exceptions to allow for abortions when the life of the mother is at risk. So that's the key part. So women can still get abortions if the pregnancy is threatening their lives. That would include removing ectopic pregnancies, because if the baby who in an ectopic pregnancy in plants in the fallopian tube, or somewhere else outside of the uterus, if the baby's allowed to grow, the fallopian tube could rupture, the mother could bleed to death. That is obviously a life threatening situation. Another life threatening situation would be when a baby miscarries but does not fully evacuate the mother's body. If the baby's allowed to remain there, that could lead to an infection and that could threaten the woman's life as well. So in those two cases, obviously, there are good medical reasons to remove the baby.

REICHARD: But that wouldn’t count as an abortion, would it, if the baby has already died? Abortion ends a life, and there’s no life in that case.

SAVAS: That's correct. But this is where things can get a little confusing for some people because one medical term for miscarriage is a “spontaneous abortion.” That's sometimes what it's called medically. But many laws get really specific about what counts and what doesn't count as an abortion. And it clarifies in definitions that miscarriage and ectopic pregnancy removal is not an abortion.

One of those states that makes that clarification is Arkansas. They have a conditional law that went into effect the day that the Supreme Court overturned Roe v. Wade. It prohibits abortion except to save the mother's life. And in the definition section, the legislation defines abortion and clarifies that the act is not an abortion if performed with the purpose to remove a dead unborn child caused by spontaneous abortion or removing ectopic pregnancy. That's a direct quote from the law.

REICHARD: What about states with laws that don’t make that clarification?

SAVAS: So, my state of Michigan is one of those states that has a law protecting babies from abortion in all cases. There's a debate right now as to whether or not it's actually an effect. But that's a totally different story. It does make exceptions for the life of the mother, but doesn't make these clarifications about ectopic pregnancies and miscarriages. So I talked to the legislative director of Right to Life of Michigan about this and she referred me to a part of the public health code that does define elective abortion and clearly states that it does not include treating a woman who has had a miscarriage or who has an ectopic pregnancy. But again, even if a state doesn't make this clarification in another part of the law, doctors always have that life of the mother exception to fall back on.

REICHARD: So there is a legal difference between, say, removing an ectopic pregnancy and an elective abortion. But is there any difference medically?

SAVAS: Yes, there is a medical difference and even Planned Parenthood says so. If you go to their website, they have a page that talks about ectopic pregnancy. And on one of the questions that it's answering on the page, it says that treating an ectopic pregnancy—and this is a quote from the page—"isn't the same thing as getting an abortion." It then goes on to clarify that abortion involves ending a pregnancy that's in the uterus, while removing an ectopic pregnancy is removing a pregnancy that has implanted outside of the uterus, usually in the fallopian tubes. And you have to remove that through laparoscopic surgical procedures or a drug called methotrexate. And that's exactly what the page says on Planned Parenthood.

But then you go to other cases of like removing a baby that has died but hasn't come out of the mother's body yet—so that'd be a missed miscarriage—often the treatment for those is the same kind of procedure that you would have in an abortion. It’s called a D&C. And it involves using a suction machine to remove the parts of the dead baby. And there's also a drug that you can use to help evacuate the dead baby. It's called misoprostol. It's one of the drugs used in chemical abortions. But one big difference there, like we talked about before, the baby is already dead. You're not killing the baby in these procedures.

And for other life threatening pregnancies, a lot of pro-lifers, even pro life physicians, will say that abortion is never necessary. I talked to an OB-GYN, Dr. Donna Harrison about this. She's the head of the American Association of Pro-life Obstetricians and Gynecologists. She pointed out that intentionally going in and killing an unborn baby is not the only way to separate a mother and unborn child when the mother's life is at risk. The other options include inducing labor, or performing a c-section. And those two options, unlike abortion, actually have a chance of ending with a live mother and a live baby. So pro-life doctors I've spoken to have talked about just preferring these methods and sometimes they'll even try to wait as long as possible to give the baby more time to develop before inducing labor so that it has a better chance of surviving. But sometimes a doctor might have to deliver a baby when she knows the baby won't survive. And Harrison said that she has been in cases like that before, but it's her opinion that having an intact baby for the mother to grieve over is better than pulling the baby out in pieces. It's emotionally better for the parents and also she said that if you can't save both patients, you try to save at least one. And if the mother doesn't survive, the baby inside of her isn't going to either. So, sometimes separating the baby and the mother is necessary.

REICHARD: Let’s talk about another rumor I’ve heard. Assuming drugs to treat miscarriage and ectopic pregnancy can be used to abort a pregnancy, will women in states with protections for the unborn have a problem getting meds they need?

SAVAS: So a few months ago, NPR reported that a pharmacy in Texas told a number of physicians that it would no longer be filling prescriptions for methotrexate since they were like, we can't be for sure that you won't use these for abortions. We don't want to be liable for an abortion. NPR didn't identify the pharmacy, so I haven't been able to verify this. But I did talk to a number of pharmacists about it and about the likelihood of something like this happening, and most of them said that if doctors would just write down the reason for the prescription, and clarify, for instance, that the drug was specifically for removing an ectopic pregnancy, that would solve the problem. And if the doctor doesn't do that, the pharmacists can always call. They can pick up the phone, talk to the doctor, ask them for an explanation. If the doctor lies to them, and it's actually a drug for an abortion, then that's on the doctor. And the evidence would show that the pharmacist was not a party to the abortion.

REICHARD: Some abortion advocates are saying that women who get abortions now in certain states will wind up in jail. Do the laws actually say that?

SAVAS: The short answer is no. No law says that the woman can be put in jail for getting abortions. And many laws even explicitly state that the pregnant woman can't be prosecuted for their own abortions. That Arkansas law we talked about earlier, has a section like this clearly stating you can't charge or convict a woman in the death of her own unborn child. Other laws like the one here in Michigan, it does not make this explicit, but even in the case of this law, past court cases involving this law make it clear that a woman who obtains the abortion cannot be charged under the law. So there's one case from 1963 that makes this clear here in Michigan. So that's just something to keep in mind. Even in the states that don't have that clear part of the law, it's still something that courts have held onto traditionally

REICHARD: Leah Savas is WORLD’s reporter on the pro life beat. Leah, thanks for clearing some of this up.

SAVAS: Thanks for having me, Mary.