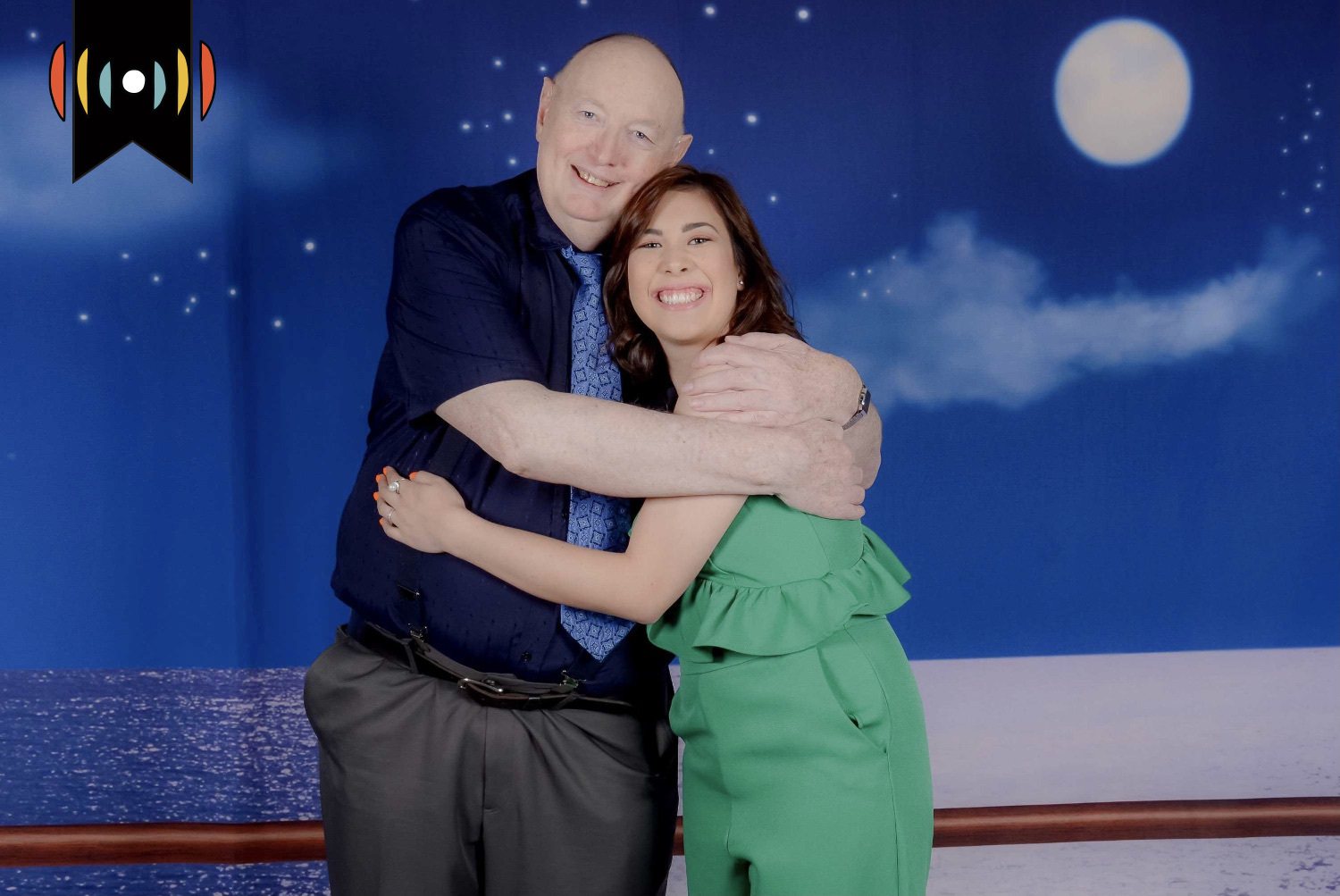 NICK EICHER, HOST: And I’m Nick Eicher. Coming next on The World and Everything in It: Caregivers.

November is National Family Caregivers Month. In 2020, more than 50-million people were providing unpaid care or regular assistance to an ailing family member. That’s nearly one in five people.

REICHARD: Who are these hard-working, often unseen caregivers? Well, most are women, my age! But there’s an emerging group in a different demographic.

A recent college graduate gave us complete access to a 12-hour chunk of her life as a caregiver. WORLD’s Myrna Brown has her story.

…who, by the way, isn’t a morning person.

Vera is a 24-year-old with a master’s degree in public administration and policy. She’s engaged to be married. But right now, Vera lives in a two-story brick house, with her father, a dog, and two cats.

It’s 6:20 and they’re all up. Vera hurries down the stairs to let the dog out, start the coffee, and feed the felines.

Vernon Oberg is an Air Force veteran. In 2020, he had a stroke. While recuperating, doctors gave Vernon medication that inadvertently caused the muscles in his legs to atrophy. He’s spent the last few weeks away from home, learning to rebuild those muscles. Vera has been his caregiver since his stroke.

MYRNA TO VERA: Is this his room? This is his room…

His first floor bedroom and bathroom are open spaces retrofitted for his wheelchair. A flat-screen TV occupies one wall and a large, white board takes up the other.

VERA OBERG: I drilled this in early this year. Everything goes up on here. Every week I try to put in my Monday, Tuesday, Wednesday. So this is work. If I’m working at this time, he can look at it.

Vera has been working as a nanny because the hours are flexible. She needs that flexibility, especially on days like today. The cats need to see the veterinarian, her dad has two doctor’s appointments, and he and Vera both have evening obligations.

It’s 7:30. Sipping coffee and listening to Christmas music, Vera pulls out of her subdivision and begins the 40 minute drive through Atlanta’s notorious rush hour traffic.

MYRNA TO OBERG: So, we are headed where. We are on our way to Nurse Care of Buckhead to pick up my dad. I actually need to call him.

Vernon is 77 years old. Growing up with an older father, Vera says she always knew she’d one day take care of him. It’s part of her culture. Vera is a Filipino-American. Her parents are divorced now, but they raised her in the Philippines.

VERA: There was never this, oh you’re going to have to save money and find a place of your own. I mean, you can be married and still living with your parents. That’s the norm. For me it was just a daughter being a daughter for a dad who was sick. And my mom modeled that really well when her mom got sick.

While caregiving may come naturally for Vera, parts of it haven’t been easy. She’s struggled with understanding her father’s various medications, paying his bills, being his advocate in the middle of I-85.

PHONE CONVO WITH AGENCY: I need to know which one… he prefers a rollator. It just needs to be tall enough.

…and chauffeur. She’s had to learn her way around a wheelchair lift. It’s 8:50. Vera is parked outside the rehab facility. She readies the lift on the back of her SUV. Vernon wheels out of the rehab center and heads to the car, then stands up out of his wheelchair. He turns his 6 foot 5, 300-pound body towards the car and plops down in the passenger’s seat with a smile.

VERA: Good job! Look at you!

Vera then takes over his wheelchair. She hops on, wheels it to the back of the SUV, and connects it to the lift. It’s a process she’ll repeat at least a half a dozen times today.

After a friendly power struggle through the drive through…

VERA & VERNON: You can get the egg white grill…it’s a grilled chicken with egg white, no cheese… I’d like the hashbrowns…

…They’re back on the interstate. By 10:15 they’re pulling into the driveway.

Once inside, Vera helps get Vernon settled, then scoops up the cats for their 11am vet appointment. While she’s away, Vernon talks freely about his daughter, his gratitude, and the transition from self-sufficiency to dependence.

VERNON: Well I call her my pit bull. Once she gets her teeth into something, she just won’t let go of it. I think the biggest problem that I had was letting go of control. She’s given up a lot just to take care of me. I kind of wish that I was stronger and wasn’t such a burden on her.

Soon, Vera is back with vaccinated kitties and an update on Vernon’s 12:45 pm doctor’s appointment.

VERA: So because he’s in surgery, they pushed your appointment back to 1:30. But if we go there for the 1:30, we would be pushing it to make it to your urology.

Vera reschedules while making coffee and whipping up two peanut butter and jelly sandwiches for lunch.

2:30 pm: Vera activates the wheelchair lift, and they’re back on the road.

VERNON TO VERA: You’re going to be there with me right? Who? You. Yeah. No, I’m going to drop you off at the front door. She always goes with me to my appointments because there’s a lot of things that I forget to tell them and she’s always right there…. My pit bull. What can I say, my pit bull.

By 3pm, they’re headed to the urologist office. One hour later…

VERA: So, they wanted him to give a urine sample and he wasn’t able to go. I know he’s frustrated and he’s probably more frustrated because he thinks I’m frustrated, which I’m not frustrated at him. I’m frustrated by the fact that they let us go for an hour before telling us that he doesn’t actually need it.

4:20 pm: Vernon says he needs a nap and decides he’ll pass on the invitation to join fellow veterans for a church dinner. But like most of her days, it’s not so easy for Vera.

VERA: I’ve got to go to Grace New Hope and do childcare for an hour. And then when I come home, I’ll bring you dinner from them.

But she’s not complaining.

VERA: For families and children and parents that have that loving relationship or that God-centered relationship, caregiving is one of the most important things you could do.

EICHER: Myrna produced a companion piece on Vernon and Vera Oberg that also airs today on WORLD Watch. That’s our video news program for students. We’ll post a link to that story in today’s transcript.