Christmas on the big screen

A scene from Christmas with The Chosen Handout 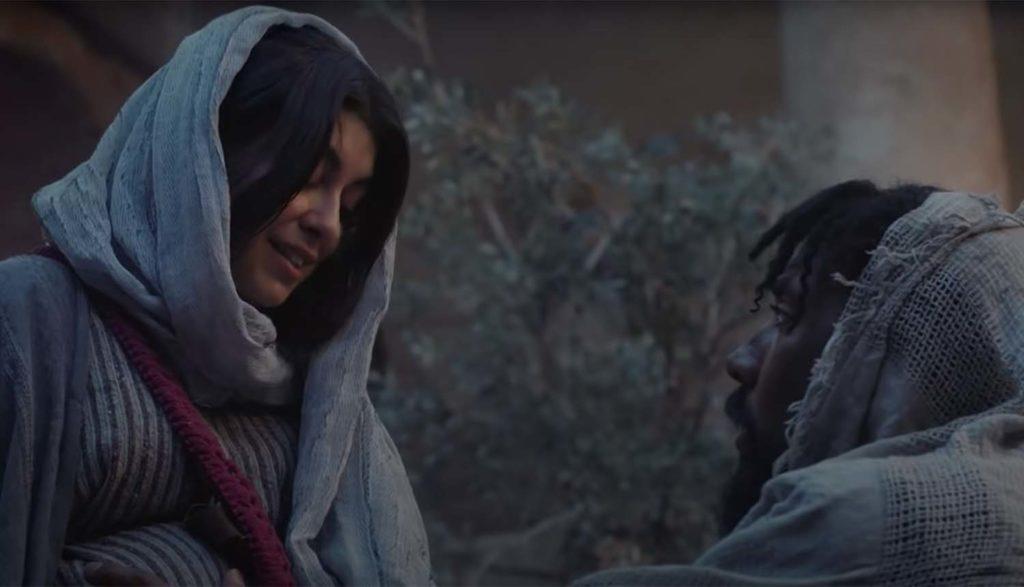 MYRNA BROWN, HOST: And I’m Myrna Brown. Coming next on The World and Everything in It: Christmas with The Chosen.

Two days ago, nearly 2,000 movie theaters across the country began showing a special presentation of the New Testament streaming series. It’s the first attempt by executive producer Dallas Jenkins to bring an episode of the show to the big screen.

SHARON DIERBERGER, REVIEWER: Christmas With The Chosen: The Messengers isn’t what I was expecting. That’s not a bad thing. But—don’t walk into the theater primed to see two hours of biblical story-telling.

This is a 35-minute episode wrapped in a big bow. The show itself features Jesus’ mother Mary as an old woman, with flashbacks to the story of the first Christmas.

The big bow—or most of the first 75 minutes and the last 10—showcases Christian artists. They sing powerful, modern arrangements of Christmas and worship songs. Between singing, performers give brief monologues about biblical names of God, like Jehovah Shalom. Some make personal observations about Christmas.

AUDIO: Clip from extended trailer: 1:36–1:56: Phil Wickham: “There’s this call to the listener…everybody who wants to come to the story, can.” Female singer: I’m starting to recognize and understand the gravity of what happened.” Male singer: “I don’t have words. I just have feelings.” Female singer: “People must know that his love is real.”

At first I was surprised by all the singing and commentary. I was eager to get to the unwrapping—that is, I wanted to see the biblical characters and re-enactments. After all, these authentic-feeling re-creations are what have made the show such a smash hit and engaged audiences worldwide.

But as musicians like Phil Wickam, For King and Country, and Maverick City Music sang—and as other performers explained why Jesus came—I found my Christmas spirits rising. The Bonner Family’s powerful rendition of “How Great Thou Art” keeps the emphasis right where it should be.

At times I was tempted to close my eyes to focus only on the music and lyrics, not the performers.

AUDIO: What Child is This from Dropbox: 0:29-fade just after children join in, or around 0:60 or so

For several arrangements, like that one, enthusiastic children sing alongside the artists. They stand on stone steps and stroll cobbled streets. Most scenes—including these musical performances—were filmed in a replica of Jerusalem built in Utah.

When the account of Jesus’ birth begins, we hear realistic conversations between a calm, grateful Mary and a protective, responsible Joseph. They’re about to enter Bethlehem. As Mary’s birth pangs increase, Joseph reassures Mary and reminds her of what the angel told each of them:

AUDIO: Note: Volume needs to be loud enough to understand—from extra clip: 0:28-0:57 (brief fade—could go to 0:59, but this clip ends abruptly there):
Joseph: “Remember what your messenger said—the first thing your messenger said—It was the first thing my messenger said to me. Remember?”
Mary: “Don’t be afraid.”
Joseph: “Don’t be afraid.”
Mary: “I love you.”
Joseph: “I love you.”
Mary: “Thank you for taking care of me. God gave you to me.”
Joseph: “He has been our help. And in the shadow of His wings, we will sing for joy.”

If possible, watch The Chosen’s pilot episode, “The Shepherd,” prior to seeing this special. Both depict the first Christmas from different viewpoints and blend well together. They heighten our wonder of those miraculous moments—the angels appearing to the shepherds, God’s provision for Mary and Joseph, and the virgin birth.

But the special stands just fine on its own, too. And you can feel comfortable inviting someone who’s curious to learn what Christmas is really about.

The short dramatization begins by introducing a plausible storyline and adding a bit of tension.

We see a man guiding a horse-drawn wagon full of goods to sell, smuggling someone into an undisclosed city protected by Roman guards. He’s brought a special, secret visitor to see Jesus’ aging mother, Mary. Before she dies, she wants a message carried to Luke, who’s in Rome recording Jesus’ story through eye-witness accounts.

AUDIO: from one minute trailer: 0:0-0:07 Mary talking: “Do you know where Luke is? I didn’t tell him everything.” quick music fade of Go tell it on the Mountain…

As scenes flash between Mary as an old woman, then back to her giving birth, she recites the Magnificat.

Mary shares her story, she says, because “People must know.” This is the film’s theme: “People must know”—about Jesus. It’s the message of the angels, the shepherds, Mary, the disciples, Luke, and Paul, though not all appear in this film. Executive producer Dallas Jenkins says that’s what the musicians are singing and speaking about.