Christian colleges, churches, and the coronavirus 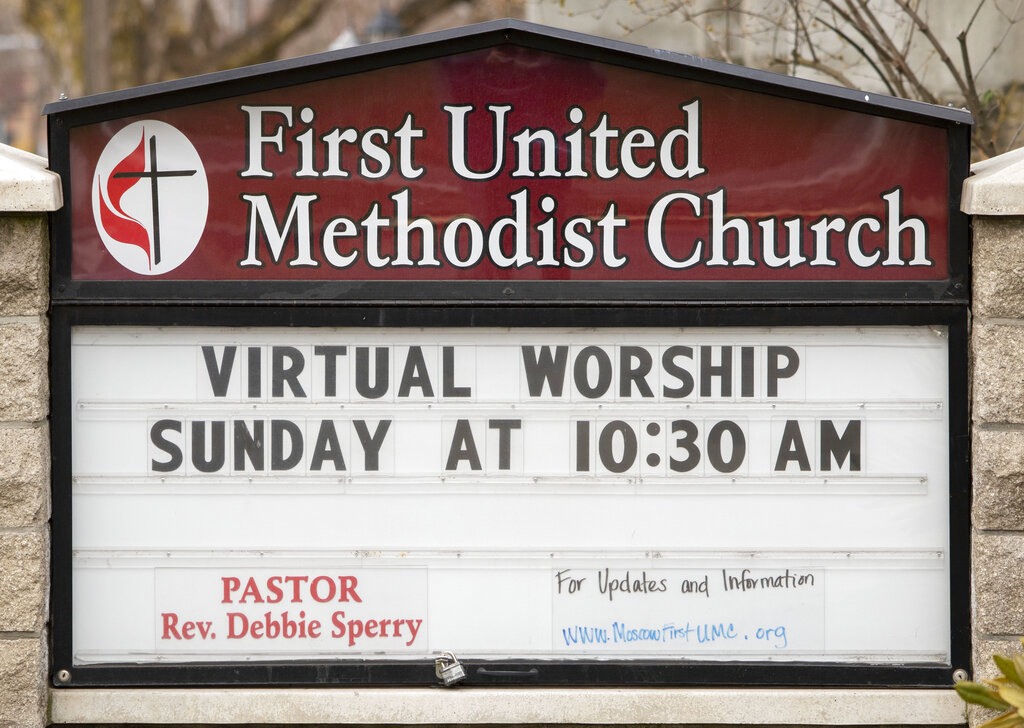 NICK EICHER, HOST: Coming up next on The World and Everything in It: colleges, churches, and coronavirus.

MEGAN BASHAM, HOST: College students, like everyone else, are having to adjust these days. Churches likewise have had to make big changes in the way they conduct services, minister to members, and share the hope of Christ with the wider world.

BASHAM: Let’s start with colleges. The first challenge they faced had to do with faculty and students traveling or studying abroad. You talked to leaders at one international school that had some especially challenging circumstances. Tell us about that.

RENEAU: Yeah, so earlier this week, Megan, I spoke with the president of LCC International University. Now, that’s a Christian liberal arts school situated right on the Baltic Sea in Lithuania. The school’s spring break was last week and when the week began, administrators there were hoping that students who are predominantly from all over Europe—75 percent of their students are from outside of Lithuania—administrators hoped that students would just stay far away from Italy when spring break began, but then by the end of that week, the coronavirus situation across the continent had changed drastically. Much of the continent was on lockdown and they had students coming from France, Germany, the Netherlands, other places. And by the time the week ended, they had decided to transition classes to online only for the rest of the semester.

EICHER: The next wave of challenges came last week as state and federal officials began to limit the size of public gatherings. That made it impossible for students to continue to meet in classes. Almost all of them are now taking classes online, but some schools were more prepared to make that transition than others, right?

RENEAU: Sure. I mean, some colleges and universities have a more robust online education program than others. But what really seemed to make a difference was just the schools’ emergency preparedness planning. So, I spoke with Tim Gibson, who’s the president of The King’s College in New York City. Now, administrators there had been watching the COVID-19 situation for awhile. They already had a plan for operating online in case of inclement weather and as the situation developed over January and February, they simply adapted that plan that they had to fit the situation. So this week is spring break for The King’s College students, but administrators there last week made the decision to go ahead and transition to online only education. And they were able to do so fairly smoothly, given the circumstances.

BASHAM: Now, one of the best-known Christian colleges has faced some criticism over its response. Tell us what happened at Liberty University.

RENEAU: Sure. Liberty University is situated in Lynchburg, Virginia and up until Monday of this week, its president Jerry Falwell Jr. had announced that the school was not going to shift to any kind of online education. It had canceled some foreign trips that students were taking, some study abroad programs. But, really, last week as college after college began transitioning plans and putting into place online education protocols, Liberty stood fast. On Sunday, Jerry Falwell Jr. tweeted in a series of tweets that they didn’t think it was the right move to send students home to places where there might be older adults who might not handle COVID-19 as well as young college students. At one point a parent on Twitter questioned Jerry Falwell Jr. and he responded with his rationale but also called the parent a dummy in his tweet. Now, the situation changed for Liberty on Monday after the governor of Virginia banned public gatherings of 100 or more people, which really forced Liberty to transition. And as of now, it is transitioning to online-only education for the rest of the semester.

BASHAM: Like colleges, churches have also been turning to online options for services and ministry. Tell us what you’re hearing and finding out about those.

RENEAU: Sure. Our colleague Jamie Dean, our national editor, put together a good story at the end of last week. Thursday of last week is when so many things began to change and churches began to change along with that. We saw some large churches announce changes to their worship services, that they were going to be live streaming services online and a lot of those churches have the resources to be able to do that. Smaller congregations may not have some of those resources. Yet, people are finding ways to do that. We’ll be posting a story later this week on wng.org kind of explaining some practical tips how churches can do that if they’re not set up for that already. Really, if you have a Facebook account, if you have a phone you can broadcast from, maybe a tripod or something to hold a phone steady, it’s really not that hard to do. And we’ve also had some of our other colleagues at WORLD—Joyce Woo, one of our correspondents in Asia—published a story last week at WORLD explaining how churches in Asia, particularly in Hong Kong and other places have been doing this for awhile. They figured out ways to make church services more interactive. They figured out ways to bring congregants into the service virtually, using things like Zoom or GoToMeeting or other software. So, churches are adapting. This can be done.

EICHER: We talked about the difference between larger churches that are more prepared for this than smaller ones, but let’s go even smaller than that, Michael. What about some of these small gatherings like Bible studies and home-based fellowship groups. How are they doing?

RENEAU: Sure. Well, when President Donald Trump on Monday of this week advised Americans not to gather in groups of 10 or more, it really did put community groups or fellowship groups or Bible studies in a tough spot. Bible Study Fellowship is one of the most well-known global Bible studies out there. A lot of its groups are meeting online now only. They’ve got the infrastructure setup to do that. And that’s what it’s going to take for some small groups or fellowship groups to be able to do that. They’re going to have to communicate more online. Sometimes they may just have to pick up the phone and check in with each other and figure out how to do things in ways that make sense for them. I can tell you my church group, my community group, we’re emailing with each other more. We’re passing along resources, the pastor is giving us devotions every couple of days via email and text messages. So these are new times. These are different times when the church really has to figure out how to do this, but keep in community with one another during this pandemic. It’s not an option. We have to keep doing it.

BASHAM: We do, and we’re doing it in our Bible study with WhatsApp. Michael Reneau is WORLD’s deputy editor. Thanks for your work and for joining us today.

RENEAU: Stay safe out there, Megan.

(Geoff Crimmins/Moscow-Pullman Daily News via AP) A sign outside the First United Methodist Church in Moscow, Idaho, notifies members on Wednesday, March 18, 2020, that church services will be held online.