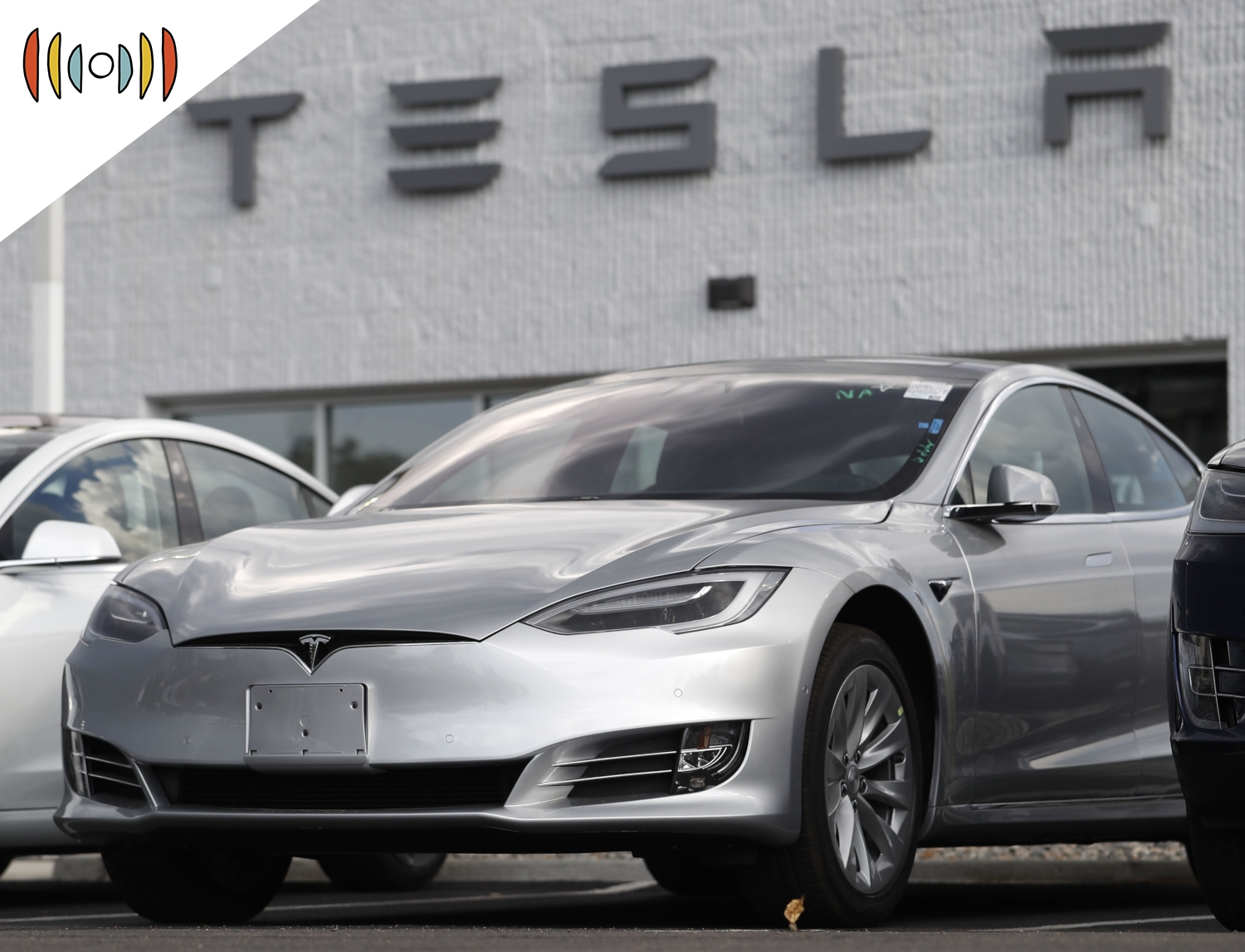 You’re listening to WORLD Radio and we’re so glad to have you along. Good morning, I’m Mary Reichard.

NICK EICHER, HOST: And I’m Nick Eicher. First up on The World and Everything in It: electric vehicles.

In August, President Biden issued an executive order that could change the way you drive. By 2030, he wants half of all new cars sold in the United States to be electric. Right now, EVs, or electric vehicles, make up just 2 percent of U.S. car sales.

REICHARD: To push car companies in that direction, Biden's Environmental Protection Agency will require car companies to roll back emissions by 10 percent in the next 18 months. And then by 5 percent every year through 2026. But that may not be the biggest challenge carmakers face trying to meet the president’s goal.

SARAH SCHWEINSBERG, REPORTER: Tyler Wyman worked really hard during his college years for a pest control company. So when he turned 24, he bought himself his dream vehicle: a Tesla Model-3, all wheel drive, electric vehicle.

WYMAN: I've always kind of been obsessed with, I’ve driven mostly hybrids. And, so having an electric car was exciting to me.

He loved how fast the vehicle went, the technology inside. And he loved its fuel-efficiency or it’s lack of fuel.

Now, Wyman is excited for other car companies to jump on the electric vehicle train. Audi, BMW, Buick, Cadillac, Chevy, Ford, GMC, Honda, Kia, Nissan—just to name a few—are all slated to release electric vehicle models in the next year or two.

WYMAN: I think that's really exciting. A lot of buzz that has been created lately is electric trucks. And so if there was an option where a truck did make sense, so that wasn't going to cost an arm and a leg to fill up. That's that's something that would actually get me in a truck.

As countries crack down on emissions in order to combat climate change, car companies are betting on the future being electric. Investors are also jumping on board. Wall Street and Silicon Valley dumped $28 billion in electric vehicle companies last year.

Bogdan Epureanu directs the Automotive Research Center at the University of Michigan. He says pressure from the Biden administration will accelerate the move away from traditional internal combustion engines.

EPUREANU: They will unlock the innovation strength of the United States, which is a very strong advantage.

But to keep up with President Biden’s goals, the car industry will have to revolutionize what it’s manufacturing and selling in just eight years.

The biggest challenge involves what makes these cars go. Today, most EVs use lithium-ion batteries.

VISWANATHAN: I'm Venkat Viswanathan, professor of Mechanical Engineering at Carnegie Mellon University… I've been working on lithium- ion batteries for a little over a decade now.

Viswanathan says car companies will have to choose between battery trade-offs. So for example, if a battery has a long range, its recharge time will probably be long. But if a battery charges quickly, that means it won’t be able to go as far.

VISWANATHAN: So, one of the main distinguishing factors for electric cars is going to be the battery, which will determine the sticker price, how long it will go, and, also, how safe it will be under operation.

And then car companies will also have to decide what metals and minerals go into their batteries. Brett Smith is with the Center for Automotive Research. He says companies will need lithium, nickel, cobalt, and copper. But…

SMITH: Right now there's a very, very limited supply of those key materials in the U.S.

China, on the other hand, has some of the largest lithium reserves in the world.

SMITH: And that is a supply chain problem. That's balance of trade problems. That is a lot of different worries as we move into this.

Then there’s the question of safety. Lithium-ion batteries have the potential to explode or catch fire.

Carnegie Mellon’s Venkat Viswanathan says in their rush to push out electric vehicle models, car companies will have to be very careful not to cut safety corners.

VISWANATHAN: I think one of the challenges faced for many of the car makers that don't have years of fleet data to learn from. And so what they have to do is rely on sort of accelerated testing, so where you stress the battery under sort of extreme conditions and hope that that sort of mimics how they will age in a real world operation more slowly. So we're trying to mimic, in a six month test, what will happen in eight years.

Besides engineering and battery questions, consumers need to consider related infrastructure concerns. The demand for charging all these vehicles will put more strain on electrical grids, says Katie Tubb. She’s an energy scholar at The Heritage Foundation.

TUBB: That needs to be planned and prepared for amongst electricity generators and public utility commissions.

Tubb also points out that there will still be environmental trade-offs to using more electricity.

TUBB: There's a lot of states that rely on natural gas and coal and nuclear for their electricity—that needs to be a consideration for you that you have to consider not just that you're driving electric vehicle. But what is behind the plug.

Disposing of car batteries, when the time comes, also has downsides for the environment.

TUBB: So in the case of batteries, recycling is very energy intensive, it yields a lot of byproducts, some of which are highly flammable. And, and it's not necessarily economic.

Tubb says when it comes to energy and vehicles, perfect solutions don’t exist. There will always be trade-offs. And she says American consumers should get to decide which trade-offs they’re comfortable with—not the government through regulations.

Tyler Wyman says after two years of owning a Tesla, he’s concluded the trade-offs might mean switching vehicles. The biggest drawback is its range. He can only drive around 250 miles before his car needs a charge, and isn’t always practical.

WYMAN: As much as I like love the car, and I definitely don't regret buying it, I definitely have recently thought about selling it and trying different options, due to the fact of just like long distance driving and stuff like that. And so I'd say pros and cons.

The key is battery technology which is not even close to practical yet. A huge leap is going to have to happen there. Biden will be long out of office before any meaningful battery advances occur.