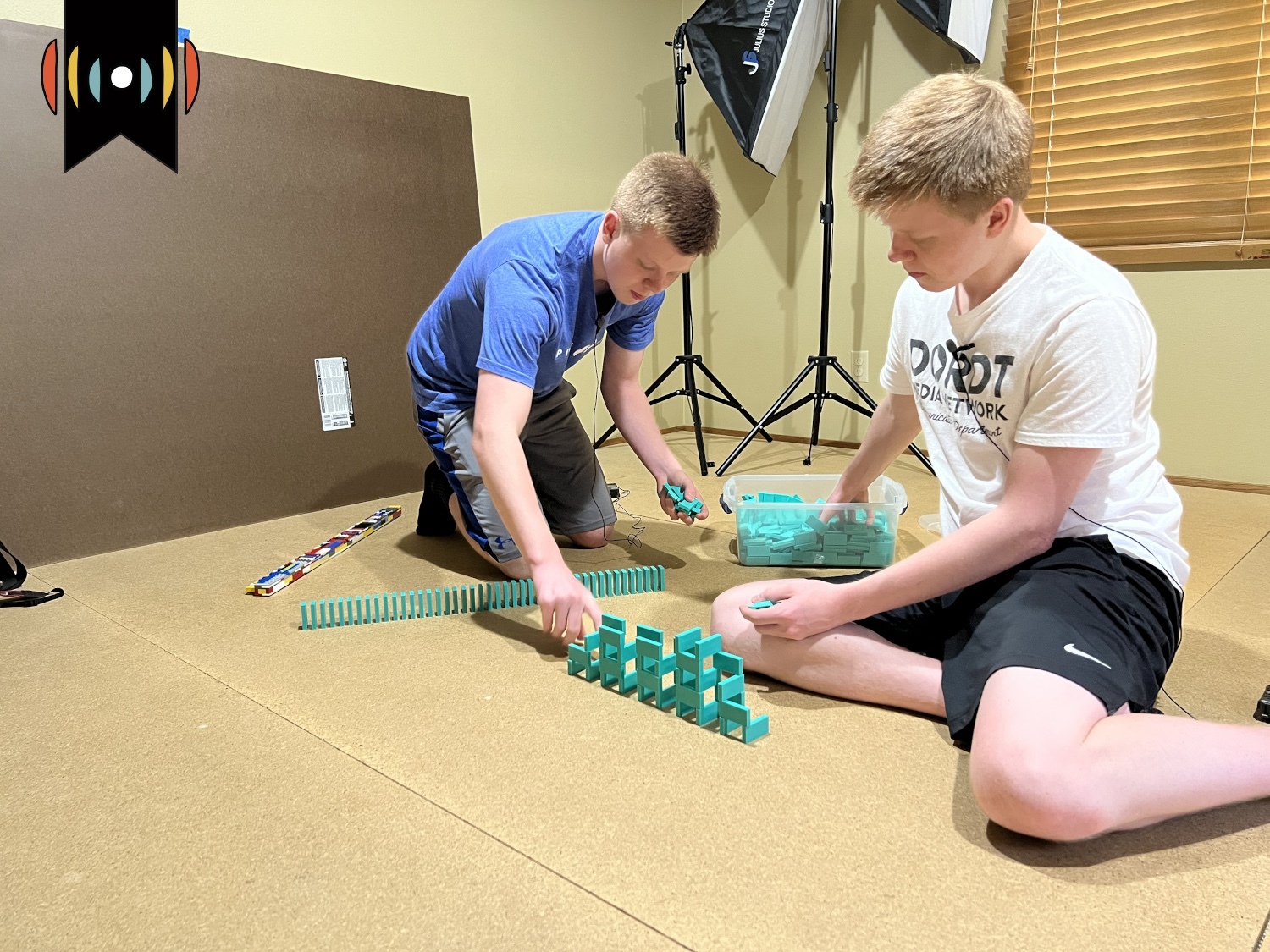 MARY REICHARD, HOST: Today is Tuesday, June 14th, 2022. Thank you for turning to WORLD Radio to help start your day.

Reminder about our Spring Giving Drive at WNG.org/donate. A good example of how we put your giving to good use—well, you’re listening to it—generous, ongoing support is what keeps this program rolling along each day.

As it does our efforts to train the next generation of journalists. You’ve already heard today from one of the World Journalism Institute grads, Katelyn Rafferty.

REICHARD: Right, and in just a moment you’ll hear from another.

During this year’s World Journalism Institute in Sioux Center, Iowa, our students got to meet a lot of interesting people in the community. Two of the most memorable are brothers who share a unique hobby—and one that led to unexpected celebrity.

ANNA ALLEN, REPORTER: Alex and Derek Koops won Fox television’s new game show called Domino Masters. Since the season finale May 11th, the Koops brothers have been the talk of the town.

They’re standing at the front of a large board room at the local library in Sioux Center. About a hundred people fill this room. Elderly couples sit in chairs in the back. A mob of children cover the floor. They inch as close as they can to the yellow caution tape that blocks off a quarter of the room. Beyond the tape are 7,000 dominos lined up in a complex and colorful chain reaction.

ALEX: It'll start on this side with the book dominoes. It'll make its way up and topple this domino wall on the back…

Alex is an otherwise average 21-year-old with short blond hair and a round face. Derek looks just like him. Of course he does. They’re twins. Except Derek’s hair is a little spikier and he’s about an inch taller.

Derek selects two boys from the crowd to start the topple.

Alex and Derek have been building chain reactions since the fifth grade. Here in the library a decade later, Alex and Derek build much more than dominos.

CLIP OF VIDEO IN GARAGE WHEN YOUNG

This is the twins’ first domino run from 2011. It’s from their YouTube channel. They received YouTube’s Silver Button award eight years later and are now up to 200,000 subscribers. Their videos brought them to the attention of the Fox Network, which invited them to join the first season of the game show.

On the show Alex, Derek, and their teammate Lyle walk onto a huge set. Neon lights flash everywhere. Fox turned an airplane hangar in Los Angeles into the competition stage. Challenge one, competitors have 16 hours to build a chain reaction on a platform of six hundred seventy six square feet.

With one hour left, Alex is just about finished with the 3D bridge. It’s 2,000 pieces and it’s the finale of their wild west set up. But then…

One slip of the finger and down it goes. Thankfully, the rest of the line wasn’t affected.

TV CLIP: I just watched the whole thing collapse…thinking, “what have I done?”

After a decade of domino building, Alex has faced dozens of accidents before. They readjusted the plan, made a 2D bridge instead, and finished on time. One of the judges commented that if that accident happened to any other team there, they wouldn’t have been able to recover.

ALEX: But because we had so much experience and we knew kind of how to handle ourselves. That was a huge benefit, and we were able to recover in time.

And that experience brought them all the way to the finale show.

TV CLIP: The first ever title of Domino Masters goes to Dominerds!

That was just a year ago. The finale episode didn’t air until this May. Everywhere they went in Sioux Center, people recognized them as the Domino Masters.

AUDIO: [SOUND OF THE CROWD]

KOOPS: Anyone that wants to is invited to come try to build some dominoes. [kids cheer]

Back in the library dozens of boys and girls swarm the dominos. In about three minutes, one boy had a tower up to his chest. Alex and Derek wandered between the rooms teaching kids their techniques.

GIRL: How do you make like that? Derek: um so that one how he did that…

DEREK: When a kid would like run up to me and say, Can you come see my build, and then they would topple in front of me. I thought that was the cutest thing ever.

Alex and Derek hoped that the TV show would expose more people to this niche hobby. Alex says builders have no boundaries for what they can create with dominos. He wants dominos to be to the next generation what Legos were to his generation.

ALEX: Like Legos, you build something and just kind of sits there. But Domino's you build it, but the point is to topple it.

DEREK: Like patience and determination, and creativity. To keep pushing through the challenges, I think is one of the best things that it can teach.

ALEX: It’s fun seeing everyone get so into building now. I was one of these kids.