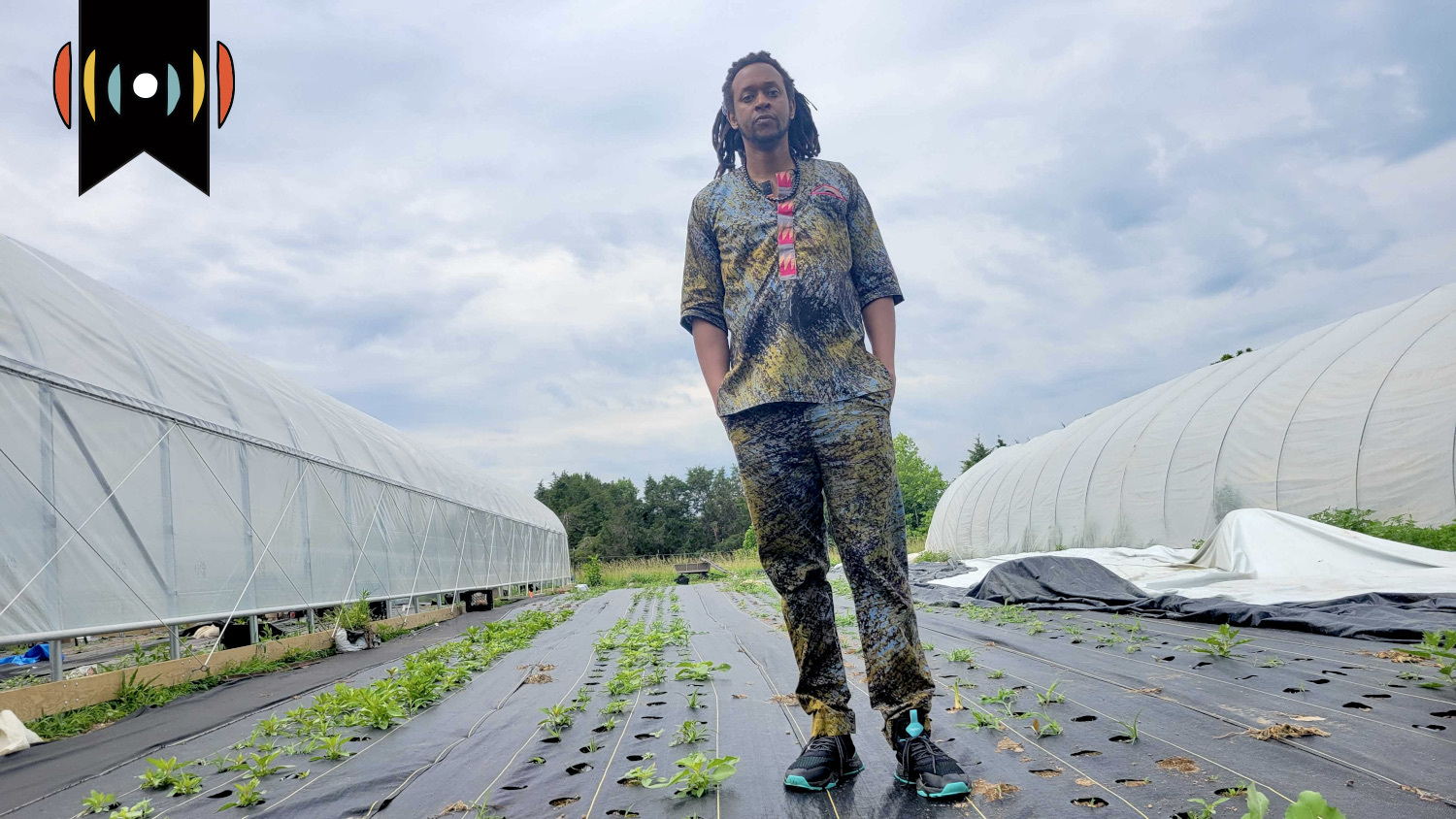 MYRNA BROWN, HOST: Today is Thursday, June 16th. Thank you for turning to WORLD Radio to help start your day.

MARY REICHARD, HOST: And I’m Mary Reichard. Coming next on The World and Everything in It: Juneteenth!

Time set aside to commemorate the emancipation of enslaved blacks. June 19th was recognized as a federal holiday last year when President Biden signed into law the Juneteenth National Independence Day Act.

BROWN: For many, the celebration begins this weekend with cookouts, family reunions, parades and street fairs. But for one Virginia farmer I recently met, Juneteenth is about planting seeds. Here’s his story.

MYRNA BROWN CORRESPONDENT: With multiple tools in his hand and an old traditional African hoe over his shoulder, Michael Carter Jr. is still two steps ahead of me. As we make our way down his long, gravel driveway, the pep in his step is obvious. In a few days, he’ll host his first Juneteenth celebration at his farm.

CARTER: Well, it’s more of a commemoration of the United States Colored Troops.

As he pulls weeds from the red clay soil and plants a row of burgundy beans, cousins of the black-eye pea, Carter tells me the story of the United States Colored Troops. It begins with the passing of the Militia Act of 1862. The United States Colored Troops, or the USCT were finally allowed to enlist in the Union Army. Although many had wanted to join the war effort earlier, it was against the law. But after the Act, African Americans made up more than ten percent of the Union Army.

CARTER: It was about 125 African Americans from this area who fought in the United States Colored Troops, including my great-grandfather, fifth power, James Ellis.

The USCT fought some of the most noted campaigns and battles of the Civil War—particularly in Texas.

CARTER: They were not brought into the union as of yet. So the United States Colored Troops journeyed to Texas to fight and ultimately to confront the confederate contingent in Texas.

President Abraham Lincoln issued the Emancipation Proclamation on January 1st,1863. It changed the legal status of African Americans from enslaved to free. But slavery remained unaffected in rebellious states like Texas, until June 19th, 1865. On that day, Union Army General Gordon Grainger arrived in Galveston, read the proclamation, and declared the freedom of all slaves.

CARTER: June 19th was when that proclamation was made, but June 15th was when the United States Colored Troops defeated the Texas Rangers and ultimately made the Emancipation Proclamation legit.

That’s the part of history Carter says most textbooks leave out.

CARTER: They don’t get any credit. It’s like General Grainger came. He read this thing…ba-da-bing...ba-da-boom. To make that proclamation, there had to be a defeat. You’re reading the victory without understanding that there was a battle to get to the victory. You can’t acknowledge the Declaration of Independence without the Revolutionary War and individuals actually winning. They had to fight.

That history lesson is the first seed Carter hopes to plant in the minds of the men, women and children who will sit under the shade trees on his farm this weekend.

CARTER: Most of us didn’t know about Juneteenth until a couple of years ago and its impact because the narrative was, we did not fight for our own freedom. We were just given freedom. And the reality is many of us fought and died.

Setting the record straight is important to Carter, but he says it’s not the only reason he’s opening his family’s 150-acre farm to the public. He also wants to open minds.

CARTER: Jefferson Davis Shirley and Catherine Walker Shirley were both my great-great-grandparents. They purchased this property November 5, 1910 for seven hundred twenty-two dollars and five cents.

The Shirley’s died in the 1920’s and left the acres of rolling hills to their daughter, Mattie Carter—Michael Carter’s great-grandmother. Affectionately known as “Grand,” Carter says he still remembers summers spent inside her“Grand’s”white, two-story, tin-roofed house. It’s still standing, along with the old clothesline and the jet black dinner bell hanging from a wooden pole. It still works.

In the early days, Carter says his family grew food for themselves and their community. They also raised cattle, hogs and chickens.

CARTER: It was a vibrant community around here of black business owners and black land owners. Where we owned probably six to seven hundred acres of land in this couple of miles area.

CARTER: This is Nigerian Spinach. This particular one is Amherst…That’s Millet. Millet is an African grain for breads and other things, gluten-free

Carter is a one-man operation trying to keep his shrinking profession alive.

Carter says an outdated image is his biggest hurdle.

CARTER: Generally when you talk to African Americans and talk about agriculture, the first thought that comes to mind is slavery. No one wants to get anywhere near it. I know I can recall being told to get your cotton-picking hands off of such and such. Cotton-picking in that reference was not seen as something very honorable.

As a teenager he says he even experienced a season of disdain for his family’s legacy.

CARTER: I wanted to play basketball rather than planting these string beans and watering these plants. It’s 85 degrees outside. As a teenager, I’m not getting up early.

But he says his father saved the work for him. He does the same today for his four sons. He’s also showing them agriculture can still be profitable.

CARTER: I have speaking engagements around the region, speaking to people about agriculture. And I show them my checks. And I take them with me. They are homeschooled and they can actually learn as they go and see the kind of respect and dignity I’m bringing back to the profession.

With close to sixty rows of African crops ready for harvest, Carter is also counting on reaping other seeds of hope sown on Juneteenth.

CARTER: Land is a forever asset. We acquired this land for $722.05 one hundred years ago. There’s not too many purchases that can be made in 1910 that can have the value that this land has presently. I’m planting seeds and when you plant seeds in children, eventually they come back.