Carolling for revolution in Romania 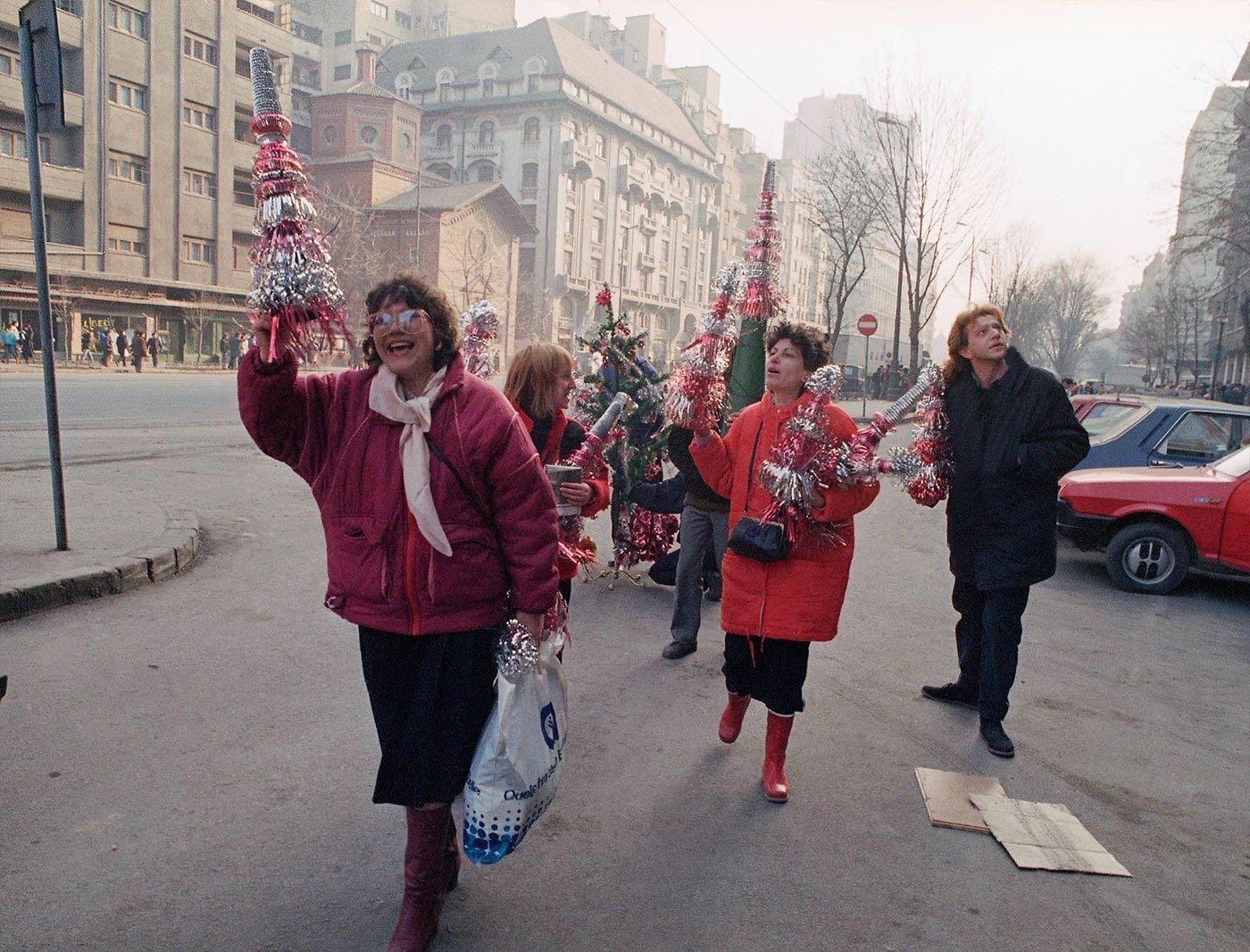 MARY REICHARD, HOST: And I’m Mary Reichard. Coming next on The World and Everything in It: revolution.

Thirty years ago when the Berlin Wall came down, a domino-effect of change quickly followed in all of Europe’s former communist countries.

Most of the transitions were peaceful. But for one country it was not. WORLD correspondent Jenny Lind Schmitt brings us the story of one woman who lived through those turbulent days.

JENNY LIND SCHMITT, CORRESPONDENT: Ligia Iorga was 18 at the time of the Romanian Revolution. She grew up in a large Christian family that suffered under the dictatorship of Nicolae Ceausescu. They felt the regime’s hardships firsthand. In his obsession to pay off foreign debt, Ceausescu deprived his own people and sold their resources abroad.

LIGIA: We were always obligated to give every calf that was born from our cow…We had to turn that into the government.

Food was strictly rationed. Each person]  was allowed to buy half a loaf of bread per week. Once a year, the government allowed Iorga’s family to butcher a pig.

More difficult was harassment for their faith.

LIGIA: They called us “The Repentant Ones.” [word in Romanian] When you were called that it was a like a mark on your forehead so to speak. It humiliated us.

Iorga’s parents grew up in Christian homes themselves and raised their children in the faith. They had the Bible but few other Christian resources.

LIGIA: I shared a room with my grandmother…and she read to me everyday…

They also had fellowship in their church. As long as things were non-political, the government left them mostly alone.

LIGIA: As long as the government knew the times we met, they were fine with that…You could never do anything on top of those times.

In 1989 Iorga was preparing for university. She dreamed of being a teacher. But her father discouraged it, knowing how Christian teachers were persecuted for their faith. So she planned on economics instead. She got the political science textbook for the entrance exams and studied during the December break.

LIGIA: The news anchor was mentioning that some minority groups were disturbing the peace in Timisoara…The Secret Police would always take care of these things. … even if it took violence.

Protestant pastor Laszlo Tokes was speaking out against government oppression of ethnic and religious minorities. On December 15, he was forcibly evicted and congregants feared for his life.

Tokes was ready to go with police. But friends gathered outside to protect him. Other religious minorities in the city joined them and surrounded the church. Police ordered people to disperse. Instead thousands more came. The next day the square was filled with protesters.

AUDIO: [Sound of screaming/gunfire in Timisoara]

Ceausescu ordered a crackdown. Soldiers fired into the crowd. Radio Free Europe got an audio recording smuggled out of Timisoara and broadcast it to the rest of Romania.

LIGIA: Life was going on just normal. We were just about to butcher our pig,…one of the neighbors came by and said, Have you heard what’s going on? Have you listened to the radio?

December 21, Ceausescu staged a huge rally in Bucharest to reassert his authority. It did not go as planned.

The army joined in the revolt. But the secret police fought street battles with protestors through the night.

Ceausescu and his wife Elena escaped by helicopter the next day but were caught. They were hastily tried, and shot on Christmas Day. The nation celebrated.

LIGIA: Ole Ole [Romanian] Ceausescu is no more.” … it was very moving emotionally.

For the first time in decades, Romanians celebrated Christmas openly. The first thing many did was sing carols that had been banned.

LIGIA: As sad as the circumstances were, because there were many killed, and yet people found the strength to sing Christmas carols out in the open.

For a time, upheaval brought spiritual revival. Some people thought it was the end of the world.

LIGIA: It was a time when people did get close to God. People were praying…. The churches were filled. There was such an unusual hunger and thirst.

Not everything was easy to accept. Iorga’s church discovered one of its elders had been a government informant. The congregation had to work through reconciliation.

By the time Iorga took her entrance exams in June 1990, the university had thrown out the communist political science textbook. Iorga never had to take the test.

Her dream of teaching came true when she homeschooled her four children after moving to the United States. Iorga wants her children to know and exercise their freedoms.

LIGIA: In this country we have that privilege that I didn’t grow up with. I have encouraged my children to know very well what they believe and why they believe it and stand up for it.

Today the University of Bucharest holds Christmas carol concerts. And Iorga teaches some of the same carols to her children.