Caring for a spouse as a caretaker

WORLD Radio - Caring for a spouse as a caretaker 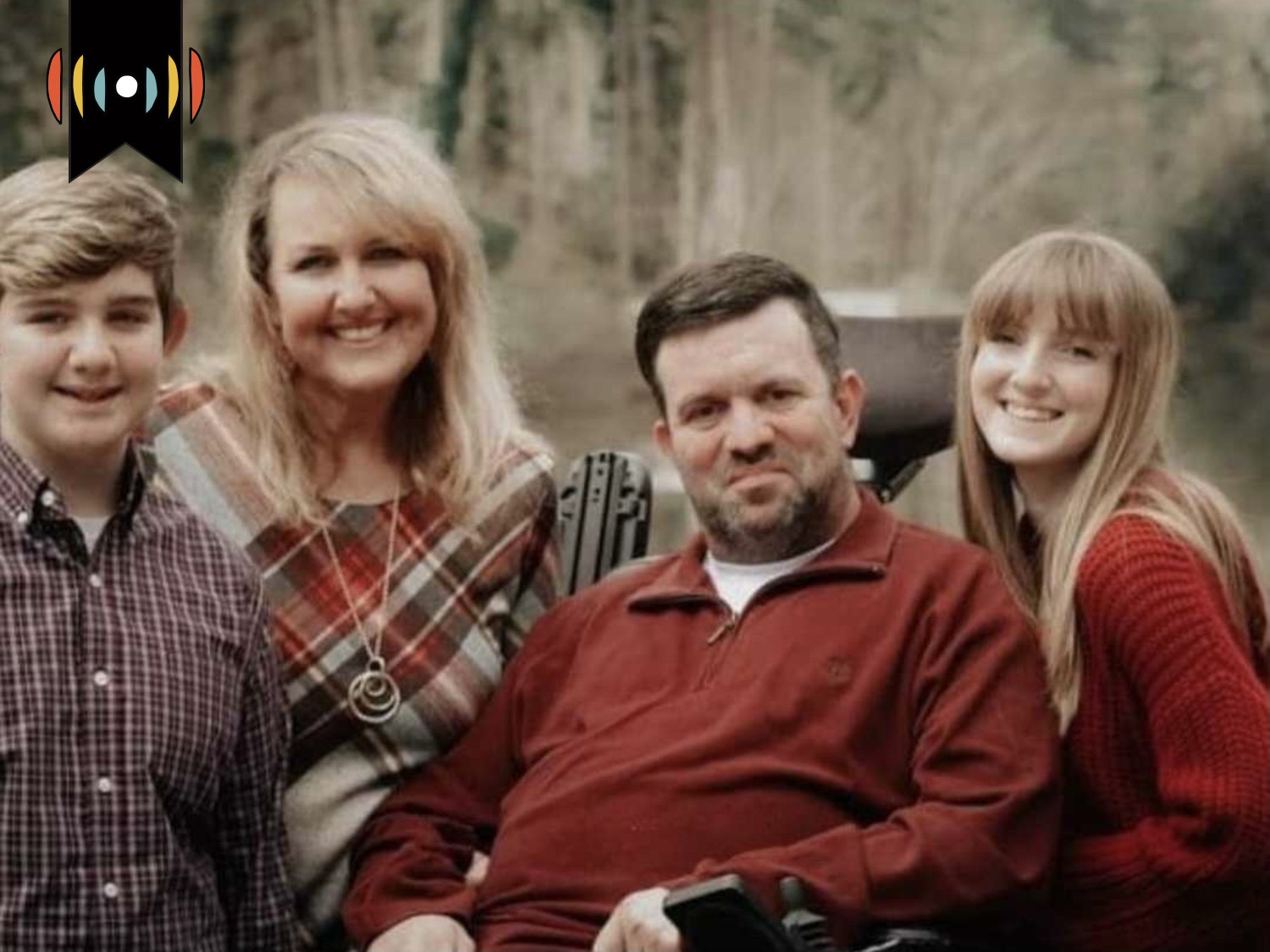 NICK EICHER, HOST: Today is Tuesday, November 23rd, 2021. Thank you for turning to WORLD Radio to help start your day.

PAUL BUTLER, HOST: And I’m Paul Butler. Coming next on The World and Everything in It: Caregiving!

EICHER: And the sacrifices often go unnoticed. The hours are long, the work back-breaking and at times heartbreaking.

A few weeks ago we asked a caregiver and her husband if they would record parts of their day using their smartphones—the good and the bad. WORLD Senior Correspondent Myrna Brown has their story.

Angela Chapman is already behind schedule. It’s 7:45 and she’s just getting her gloves on.

ANGELA: I need to bathe your private parts...

Steve Chapman, Angela’s husband of 21 years has Multiple Sclerosis and is in a wheelchair. Their daily routine begins with Angela bathing Steve and emptying his overnight catheter extension bag.

ANGELA: What color shorts do you want to wear today? (Steve yawns)... I don’t care. You don’t care? Oh my goodness (Angela yawns) gray is the color of the day. That rhymes. Yes it does…. Nope, nope, nope… you gotta get that leg out.

MS has made Steve’s legs as stiff as a board. So, Angela uses her 5’7 frame to pull them apart so that she can get him into his undershorts. Steve tips the scale at 205.

ANGELA HELPING AND STEVE AND DESCRIBING WHAT SHE’S DOING: Alright, so now let’s pull these up… nope, nope… Then he has spasms and his legs will just jump up, curl under and then go out completely straight and trying to get them apart is a booger.

But Angela manages to get the shorts to Steve’s knees. Now she needs to turn him over to finish the job.

ANGELA HELPING/DESCRIBING: Alright babe, ready 1,2,3… because Steve can’t move at all, he can’t help me roll himself over, so I have to roll him myself with all my strength...

And with every tug, twist and turn, there’s a sweet aroma of tenderness.

Whew, I’m so strong. (Steve inserts) And you smell good, too. Thanks!

Then Angela pulls Steve’s legs down the bed to get him closer to the Ferrari. That’s what they call his $85,000 motorized wheelchair.

ANGELA: Let me put a pad in your chair so that if you have an accident it will not get on your cushion.

Using a sliding board and a bit more of her back than she’d like, Angela gets Steve seated and they make their way to the bathroom.

ANGELA: He has gotten heavier and it’s because he can’t really do anything to exercise. So I think I’ve torn or sprained my rotator cup or something because I’m having a lot of pain in my arm. But I haven’t got to the doctor for it, just because I don’t have time.

Angela has to make the most of every minute. While Steve brushes his teeth, she combs her hair. And then, there are the tasks only she can tackle.

ANGELA: So, he can’t sit up by himself so I have to lean his chair up some and pull his body up to get his shirt off of him. Alright… now, deodorant…. Arm up… good job...arm up good job. OK!... (Steve inserts) You said good job me or good job you? (Angela responds)Haha… we can say both on that.

MYRNA TO ANGELA: How do you keep from treating him like he’s a baby or a child? How do you balance that because you are doing things that you would do for a child?

ANGELA: Let’s go to the kitchen… figure out breakfast and lunch. I’m going to let the dogs out.

It’s a few minutes past 8:30. Angela needs to leave the house by 8:45 to get to her full-time job outside of the home, a family-owned business.

ANGELA: Come on… (sound of dogs scrambling on hardwood floors)

But first she has to deal with the stack of dirty dishes and organize Steve’s medication.

ANGELA: Your son got in here again in the kitchen. Looks like he whipped him up some kind of egg breakfast… Alexa, add eggs to the shopping list please.

MYRNA TO ANGELA: Angela do you ever fear that you’ve forgotten something? It’s not like an item that I think I’ll forget, it’s an activity.

And there are several to juggle. Jonathan and Abby, the Chapman’s teenage son and daughter, have full schedules. Steve also has his doctor’s appointments and there’s church and chores.

ANGELA: I will be 100 percent honest, when I have a bad day, it shows and I’m not always the nicest… wife or caretaker. And Steve, he knows that I get like that. And I’m just so thankful that he knows it’s not directed at him, it’s the situation that we’re in.

And despite the circumstances, Angela says they’re still committed to the promises they made to each other two decades ago.

ANGELA: When you got married, you got married for better or for worse, for rich or poor, sickness and in health. So that’s the role that I have as his wife and I’m also to be there no matter what happens. And he would do the exact same thing for me.

It’s 8:45. With Steve’s breakfast and lunch prepared, Angela is heading out the door.

ANGELA: Alright… gotta load up mine… and then hopefully I’ll be home around 3:30. Have a good day.I love you. I love you, too.

Tomorrow, Steve’s perspectives on needing this level of support. Plus, what happens while the primary caregiver is gone? We’ll hear that side of the story tomorrow.

The marriage vow speaks of being there for your spouse in "sickness and in health"
And yet, on the wedding day a debillitating chronic illness and health decline are not mentioned and not on anyone's radar