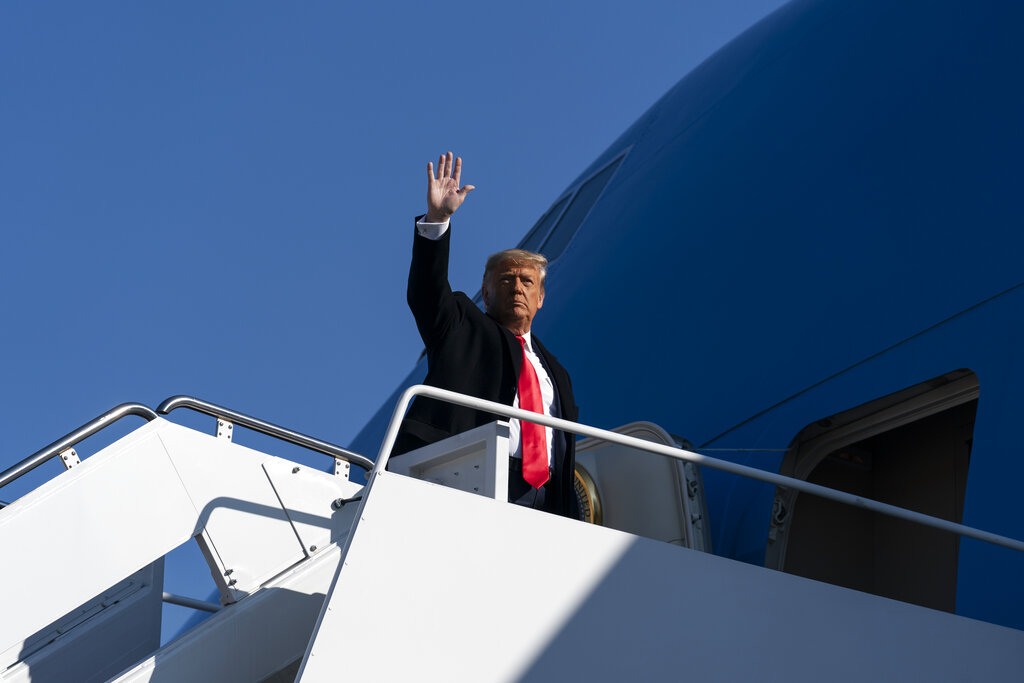 MEGAN BASHAM, HOST: Today is Tuesday, January 19th. Good morning! This is The World and Everything in It from listener-supported WORLD Radio. I’m Megan Basham.

CAL THOMAS, COMMENTATOR: As the Trump administration comes to a close, I keep thinking of this bit of wisdom from John Greenleaf Whittier: “For all sad words of tongue and pen, the saddest are these, ‘It might have been.’”

On his final day in the Oval Office, President Trump must surely be contemplating what went wrong.

Before 2016, if a pollster had asked voters whether they would grant a second term to a president who has accomplished what Trump has in foreign and domestic policy, I suspect the response would have been a resounding “yes.”

But history is full of incidents where people self-destructed by giving in to the furies of their lower nature.

In a speech last week that was too little, too late, President Trump spent a little more than five minutes addressing the nation from the Oval Office.

The president’s tone was, well, presidential. For a change he didn’t claim to have won the election. He didn’t blame “fake news.” Instead, he denounced violence and urged his supporters not to participate in it during Joe Biden’s inauguration.

Choose your analogy: This was a case of closing the barn door after the horse escaped. Or it amounted to calling the fire department after the building has already gone up in flames.

President Trump leaves office with a long list of accomplishments. But many will be undone by his successor, and that is the biggest tragedy. Government will again dictate what is good for us.

Joe Biden’s proposed $1.9 trillion spending plan for virus relief and vaccine distribution will swell the national debt and incentivize American dependency. The best cure for our economic ailment is reopening businesses with caution and allowing people to earn a check, rather than getting a check from the government. That will only create more addicts to Washington and the Democratic Party.

Trump could have won a second term, even as the coronavirus raged, had he not made everything about him.

Can he make a comeback? His supporters hope so, and it’s not unheard of.

In 1960, Richard Nixon lost the presidential race to John F. Kennedy. Two years later he lost the California governor’s race to Pat Brown. In the 1968 presidential race, Nixon successfully re-cast himself as the “new Nixon” and won. Four years later he won a second term in a landslide. But the old Nixon returned. The Watergate affair and the subterfuge surrounding it led to his political downfall.

Assuming Congress doesn’t bar Donald Trump from future office, he’ll need to do more than recast himself as the “new Trump” to make a political comeback. He’ll need the equivalent of a religious conversion. And it must be genuine. For that, he’ll need to consult a Power higher than himself and try putting on a cloak of humility.

(AP Photo/Alex Brandon) President Donald Trump waves as he walks to Air Force One upon departure, Tuesday, Jan. 12, 2021, at Andrews Air Force Base, Md. The President is traveling to Texas.