What if we can’t agree on the right road and where the wrong road is leading us?

A drag queen who goes by the name Flame reads stories to children and their caretakers during a Drag Story Hour at a public library in New York, Friday, June 17, 2022. Seth Wenig/Associated Press Photo 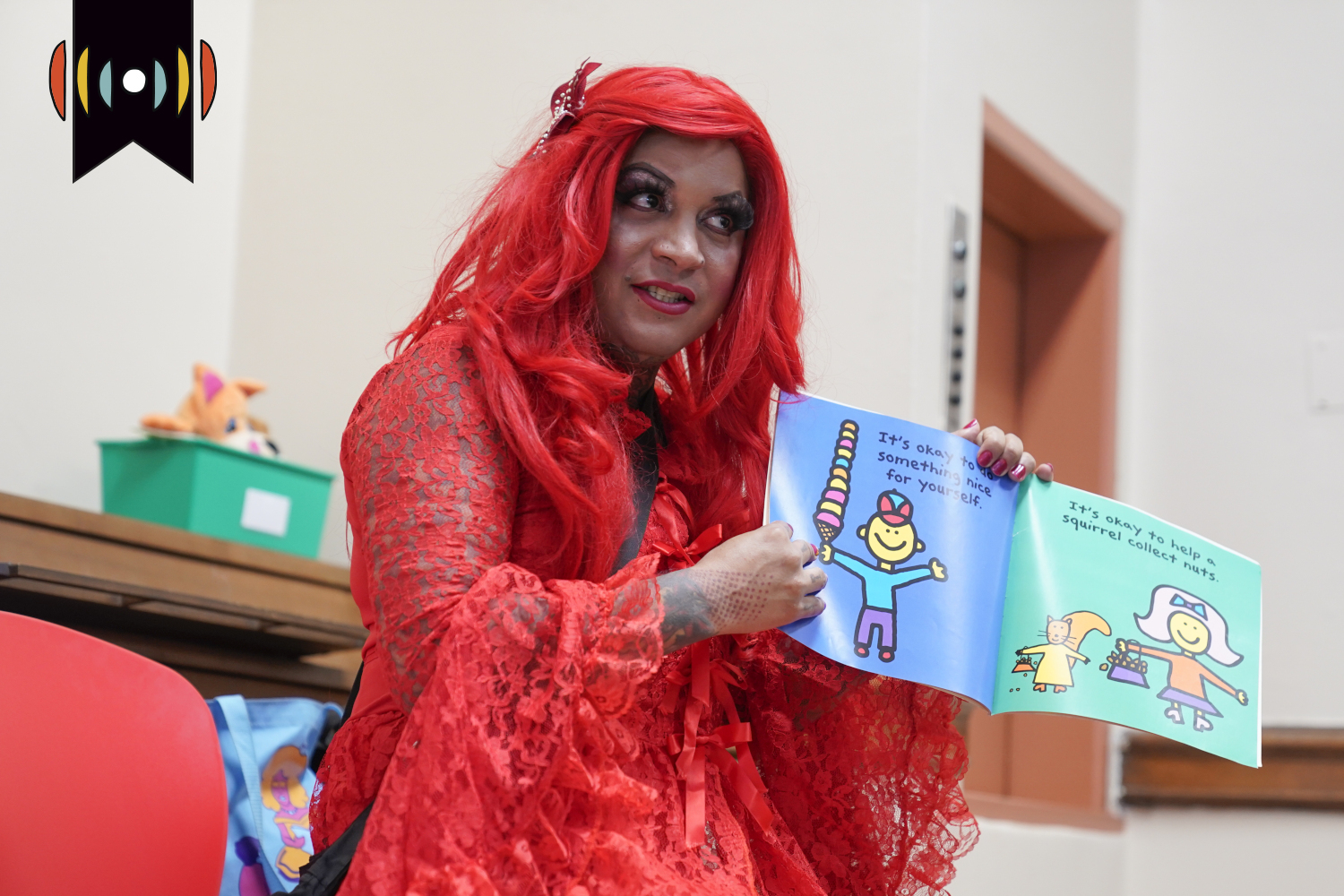 MYRNA BROWN, HOST: Today is Thursday, June 23rd. Good morning! This is The World and Everything in It from listener-supported WORLD Radio. I’m Myrna Brown.

CAL THOMAS, COMMENTATOR: Inflation, high gas and food prices, a falling stock market, corrosive politics and a looming recession are all causes for concern—even alarm. But two recent Gallup polls reveal an erosion of foundational principles that is even more troubling.

According to Gallup, 50 percent of those surveyed believe the state of “moral values” in America is “poor.” Thirty-seven percent say they are only “fair.” The trend is not headed in the right direction as 78 percent think they are getting worse.

One doesn’t have to look far to see the reason for this pessimistic outlook. Consider what is being taught (and not taught) in many public schools and universities. In addition, the media—social, broadcast, cable and entertainment—mostly focus on the tawdry. It’s “news” that Emma Thompson is doing a nude scene in a film because she wants us to love our bodies. It’s news that Kim Kardashian wore a dress once worn by Marilyn Monroe when she sang “Happy Birthday” to President John F. Kennedy in 1962. Don’t even get me started on the fascination the media have with Harry and Meghan.

Things once considered wrong and immoral are now paraded as the opposite—and woe to those corporations, institutions and individuals that claim otherwise.

Need more examples? We could never list them all, but these few will do: mass shootings in schools and everywhere else. Speaker Nancy Pelosi appearing on “Ru Paul’s Drag Race” and remarking: “This is what America is all about.” Drag queen story hours at elementary schools. The widespread promotion of so-called “gender identity and fluidity”—Facebook’s list of gender categories now totals 58. Oregon Governor Kate Brown signed a “Menstrual Cycle Dignity” bill that requires thousands of new tampon dispensers be placed in boy’s bathrooms. A Washington, D.C. elementary school gave Pre-K through third-grade children a lesson on “anti-racism” that asked them to identify racist members of their family.

Moral decline—along with massive debt—has contributed to the collapse of great nations in the past. If a foundation is defective, any house built on it will experience distress. What makes us think we can escape the judgment of history and avoid a similar fate? A house and its foundation must be maintained. A car must be serviced. A body must be taken care of. So must America.

The second Gallup poll found belief in the existence of God has reached a new low. Eighty-one percent of those surveyed said they believe in God, but the number is down six points from a consistent 87 percent that held that belief between 2013 and 2017.

The two polls should be seen as related. When society creates a vacuum, pressure builds from the outside to fill it. If growing numbers of people don’t believe in God, they have to believe in something. Without a power to restrain humankind from our lower nature, anything goes. Is this where we want to be and is this the direction in which we wish to be headed?