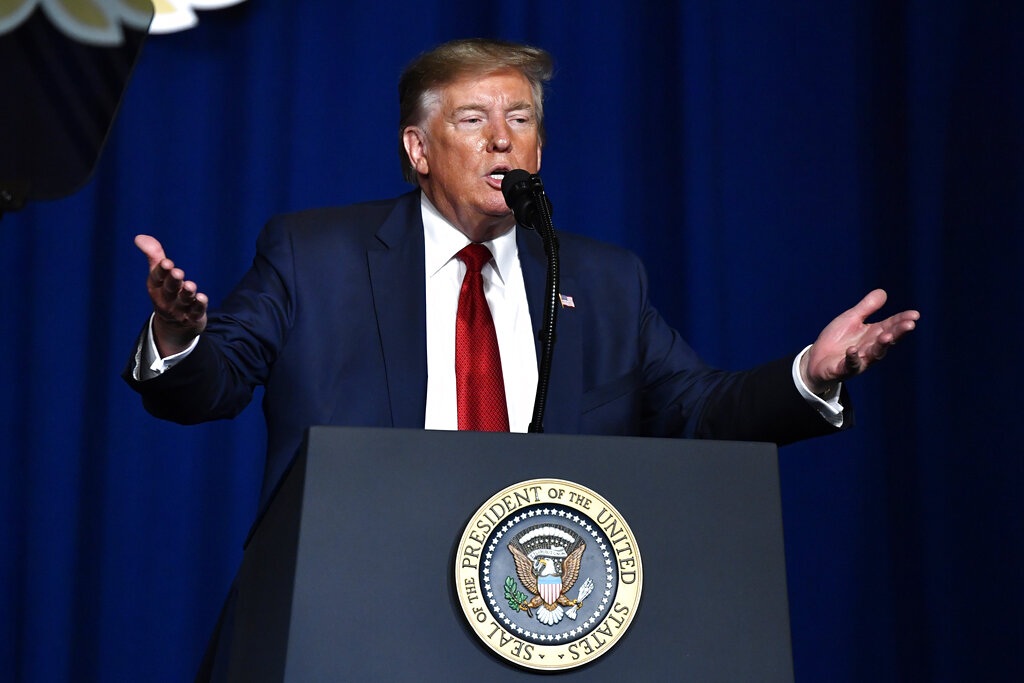 MARY REICHARD, HOST: Today is Thursday, August 22nd. Good morning! This is The World and Everything in It from listener-supported WORLD Radio. I’m Mary Reichard.

The question for next year’s election is whether the insulter-in-chief can use the same tactic to win a second term. It depends on two other questions. First, who do the Democrats nominate and will voters see that person as too far left? And second, will voters who held their noses and voted for Trump last time stay home?

Early polls are often meaningless, but legitimate warning signs are emerging. A new Fox News poll shows the president’s disapproval rating has soared to 56 percent. That’s one point lower than his record high in October 2017.

Meanwhile, the number of Americans who approve of President Trump’s job performance from 46 percent last month, to 43 percent now. That’s better than his low of 38 percent, but it’s far from a strong reelection position.

The Fox poll also found a record number of men—53 percent—disapprove of the president.

None of this seems to bother the president. Last week he engaged in more insults during a speech in Manchester, New Hampshire—a state he lost to Hillary Clinton by just .37 percent.

In the speech Trump took a “vote for me, even if you hate me, because the Democrats will ruin the economy” approach. Even assuming that’s true, there are intangibles that also influence voters—like how America positions itself before the world.

There is no question that President Trump is pushing back against liberalism, socialism, and similar dangerous ideologies. That is what has solidified uncritical support among his base.

But—and this is a very big but—there is also the issue of deportment. This country used to value manners, character, honesty, and consistency.

Is the economy all that matters? Evangelical Christians rejected that notion under Bill Clinton in the ‘90s. But today some of Trump’s uncritical evangelical supporters need to be reminded of 1st Timothy 6:10: “The love of money is the root of all evil.” And Ecclesiastes 5:10: “Whoever loves money never has enough.”

We are not in a civil war, despite what you might see, read, and hear. But when we were in a Civil War, our 16th president said something our 45th president might wish to consider.

Quoting now: “We are not enemies, but friends. We must not be enemies. Though passion may have strained, it must not break our bonds of affection. The mystic chords of memory will swell when again touched, as surely they will be, by the better angels of our nature.” End quote.

The president might win a second term, insulting along the way, but will it have been worth it if he continues to appeal to the worst devils that are also in our nature?