Remembering the man behind some of Broadway’s iconic songs

President Barack Obama, right, presents the Presidential Medal of Freedom to composer Stephen Sondheim during a ceremony in the East Room of the White House, on, Nov. 24, 2015, in Washington. Evan Vucci/Associated Press Photo 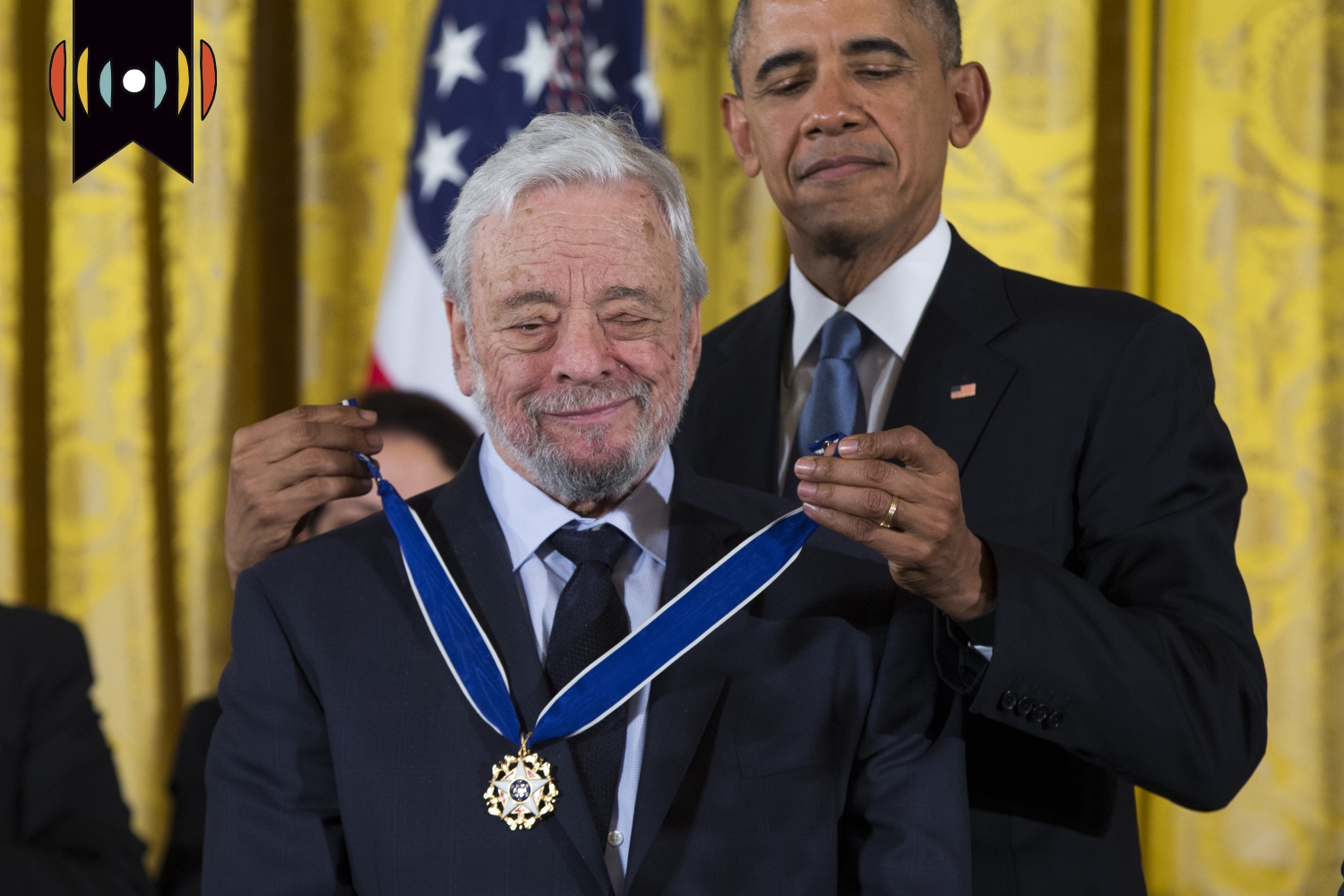 MYRNA BROWN, HOST: Today is Thursday, December 2nd. Good morning! This is The World and Everything in It from listener-supported WORLD Radio. I’m Myrna Brown.

AUDIO: “Being Alive” from Company

CAL THOMAS, COMMENTATOR: Composer Stephen Sondheim died last week. He was 91 years old. His passing marks more than the end of an era. It is the end of a chain of great Broadway musicals dating back to the 1920s. That’s when Jerome Kern’s Showboat first dazzled theater audiences.

I met Sondheim only once. It was at a friend’s apartment in New York. When I walked in, he was sitting on a couch, talking to someone. When that man left, I sat down next to him. “Mr. Sondheim,” I said nervously, “I can’t think of anything to add to all of the wonderful things that have been said about your work, so I will just say thank you.” He smiled and said, “thank you” and uttered a pleasantry I have since forgotten, because I was in awe of him.

In 2008, Sondheim and Frank Rich, the former chief drama critic for The New York Times, conducted a series of interviews in several theaters around the country. In Portland, Oregon, Rich asked Sondheim how he at the tender age of 25 was chosen to write the lyrics for West Side Story.

The story is a long one, but the basics are these: He knew playwright and director Arthur Laurents, who told him he was about to start work on a musical version of Romeo and Juliet and Leonard Bernstein was going to do the music. Sondheim had written a show called Saturday Night that “died” for lack of financial backers before it could be produced. But he had a folio of songs, and he shared them with Bernstein. After hearing them, Bernstein offered him the job.

Lyricist Oscar Hammerstein, Sondheim’s great tutor, advised him to take Berstein’s offer. He did. And Sondheim’s lyrics, combined with Bernstein’s melodies, became songs for the ages.

I have often wondered where such genius comes from. Clearly, it’s a rare gift. I once asked Steve Allen, the first host and creator of The Tonight Show, about this. Allen wrote over 3,000 songs, played the piano, acted, was a comedian, and wrote mysteries. “Did you go through the gift line more than once?” I asked him. He said he couldn’t explain it. Practice helps, but I couldn’t do what these creative geniuses did with any amount of practice.

People who create beauty stand out in an increasingly dark culture, even when their creations seem dark, as do some of Sondheim’s lyrics. It’s difficult for me to pick a favorite. Some songs are well known, like “Send in the Clowns” from A Little Night Music. Others, not so much, like the ones from A Funny Thing Happened on the Way to the Forum.

One of my favorites would have to be the one I used in a proposal letter to my wife. It’s called “Being Alive” from Company. The line that touches my heart and touched hers is “alone is alone, not alive.”

AUDIO: “Being Alive” from Company