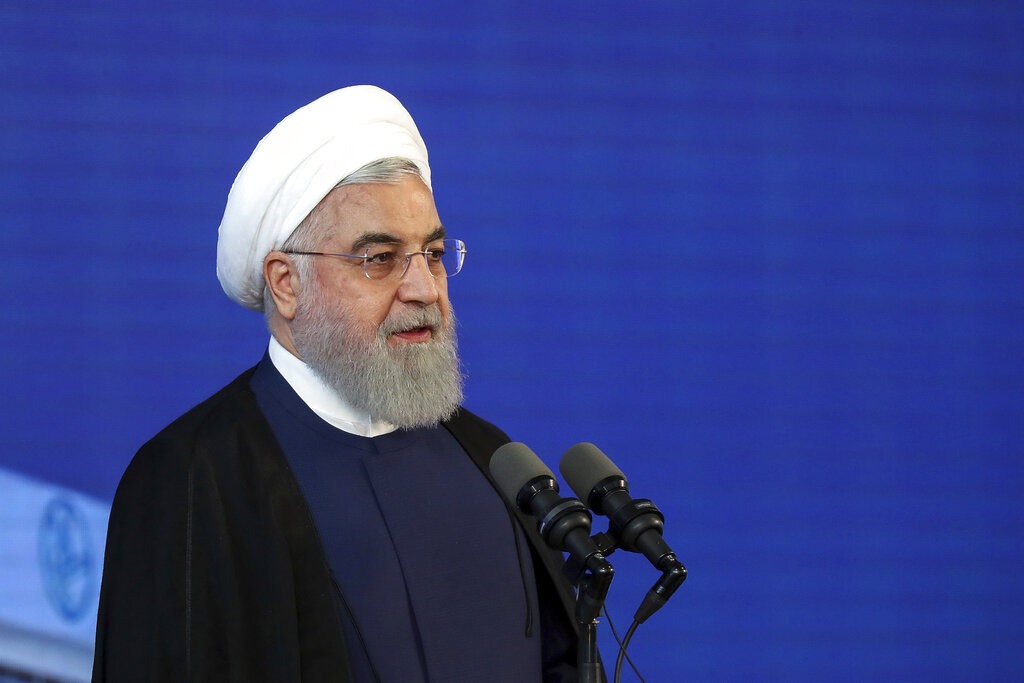 MARY REICHARD, HOST: Today is Thursday, June 20th. Good morning! This is The World and Everything in It from listener-supported WORLD Radio. I’m Mary Reichard.

NICK EICHER, HOST: And I’m Nick Eicher. You just heard Pastor Ziafat talk about a time of tension with Iran. Of course that time was 40 years ago.

But there’s nothing new under the sun, and commentator Cal Thomas has some thoughts now on the tension unfolding today.

CAL THOMAS, COMMENTATOR: This week the Pentagon released new color photos to prove Iran carried out last week’s attack on two oil tankers in the Gulf of Oman. Hours before that attack, Iranians launched surface-to-air missile at a U.S. drone monitoring the tankers. It missed.

But those events were enough to prompt a response from Washington: President Trump ordered 1,000 American troops to the region to defend American forces already there.

Cue more outrage from Iran. Its leaders are vowing to resume the enrichment of uranium by next week. Iran had pledged not to do that for 10 years under the 2015 nuclear deal, but one has to wonder if the enrichment ever really stopped.

Now news outlets are reporting the Trump administration is considering “tactical” bombing of an Iranian facility linked to its nuclear program.

In a Politico interview, Arkansas Senator Tom Cotton said he’s advocating for it—including in conversations with the president. Cotton believes it’s possible to—quote—“inflict enough pain on Tehran that they realize that we’re not going to tolerate these kind of attacks on the high seas.” End quote.

But what sort of response would such strikes bring? Various Iranian leaders have viewed themselves as the midwives of Armageddon, ushering in the return of the 12th Imam and the imposition of Islamic law on the world.

Americans will be rightly dubious about another military engagement in the Middle East. Questionable intelligence ahead of the Iraq War is a big reason why.

But there’s also the unending war in Afghanistan. Following the 9/11 attacks, the public mostly approved of the Bush administration’s invasion of that country to topple the Taliban.

President Obama began the U.S. troop withdrawal of U.S. and President Trump has continued it. But several thousand remain in what is America’s longest war.

Then you have to consider resources. The U.S. is burdened with a $22 trillion debt. And you might be surprised to know fiscal destruction was a stated objective of none other than Osama bin Laden.

In a 2004 Al-Jazeera interview, he said: “We are continuing this policy in bleeding America to the point of bankruptcy. Allah willing, and nothing is too great for Allah.”

The only way the Iranian leadership will be deterred is if it is replaced. Recent elections have shown that many Iranians, especially the young, want different leaders. They want more modern views of Islam, or even a secular state.

But until that happens, the White House should ask hard questions: How far should attacks go? What are the objectives? And how would the U.S. respond to a counterattack from Iran?

We can only hope and pray our leaders exercise sound judgment in the ultimate decision. We don’t need any more wars, because when it comes to the Middle East, they never seem to end.

(Iranian Presidency Office via AP) In this photo released by an official website of the office of the Iranian Presidency, Iranian President Hassan Rouhani speaks in a ceremony at Imam Khomeini International Airport some 25 miles (40 kilometers) south of the capital Tehran, Iran, Tuesday, June 18, 2019.