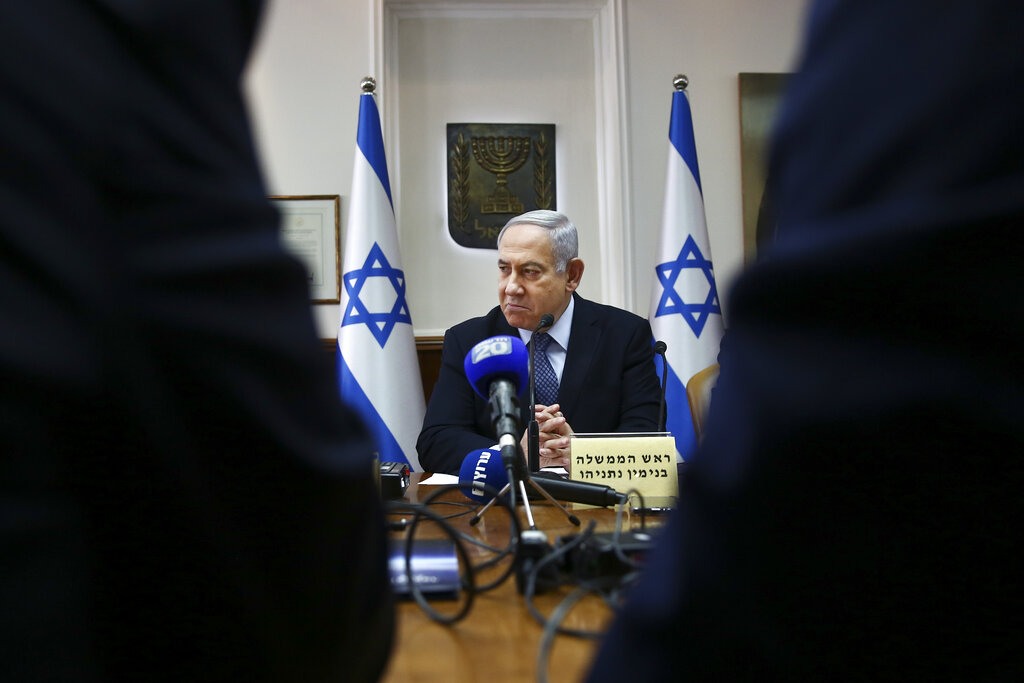 NICK EICHER, HOST: Today is Tuesday, November 26th. Good morning! This is The World and Everything in It from listener-supported WORLD Radio. I’m Nick Eicher.

CAL THOMAS, COMMENTATOR: Secretary of State Mike Pompeo recently announced U.S policy toward Israel’s “settlements” is reverting to one held by the Reagan administration. That means the right of Israelis to settle in the ancient lands of Judea and Samaria—quote—“is not, per se, inconsistent with international law.”

This is good news—and not only for Israel and its right to national security and sovereignty. After seven decades of enemy attempts to eradicate the Jewish state, it says to the world, “time’s up.”

Israel’s enemies have had the most generous offers to live in peace. Those offers include giving up land Israel captured after many aggressive and unprovoked wars and terrorist attacks.

A reality check is long overdue: Israel’s enemies continue to promote propaganda statements, fire rockets into civilian areas, and allow sermons that justify the violent overthrow of Israel and the murder of Jews.

Israel and the West have a right to question the sincerity of those Arab and Muslim nations who continue to denounce the Jewish people as illegitimate occupiers of “Palestinian” land. As long as such denial continues, there can be no opportunity for peace and Israel must defend itself.

Let’s be clear: These nations are motivated by hate. They believe they have a mandate from Allah to conduct what would amount to genocide against Jews. So it is wishful thinking to believe they would miraculously change their minds and agree to reverse decades of provocations.

This has always been the danger when Westerners believe all humans are alike and given the right incentives can be persuaded to act in ways consistent with Western values and practices.

The next step is for the Israeli Knesset to validate the Trump administration’s new policy.

As reported in the Jerusalem Post—quote—“Likud MK Sharren Haskel proposed the bill weeks ago, but decided to fast-track it in light of the change in U.S. policy… Haskel submitted a request to exempt her bill to annex the Jordan Valley from the mandatory six-week waiting period for any new legislation, so that it can go to a vote in the plenum [this] week.” End quote.

Columnist Caroline Glick wrote for the publication Israel Hayot that Pompeo “told the truth” in the interest of promoting peace. Quote—”Not only are Israeli settlements not illegal. Pompeo noted that they are arguably more justified than civilian settlements built in other disputed territories.”

That’s because they’re based on the historic ties of the Jewish people to Judea and Samaria.

As long as a religious motivation for wiping out Israel persists, there will be no peace, and no two-state solution. It is why the Trump administration’s position on the legality of settlements in Judea and Samaria is not only correct, but a necessary contribution to peace and stability in the region.