It might finally be time to scrap the U.S. Postal Service and start over with something new 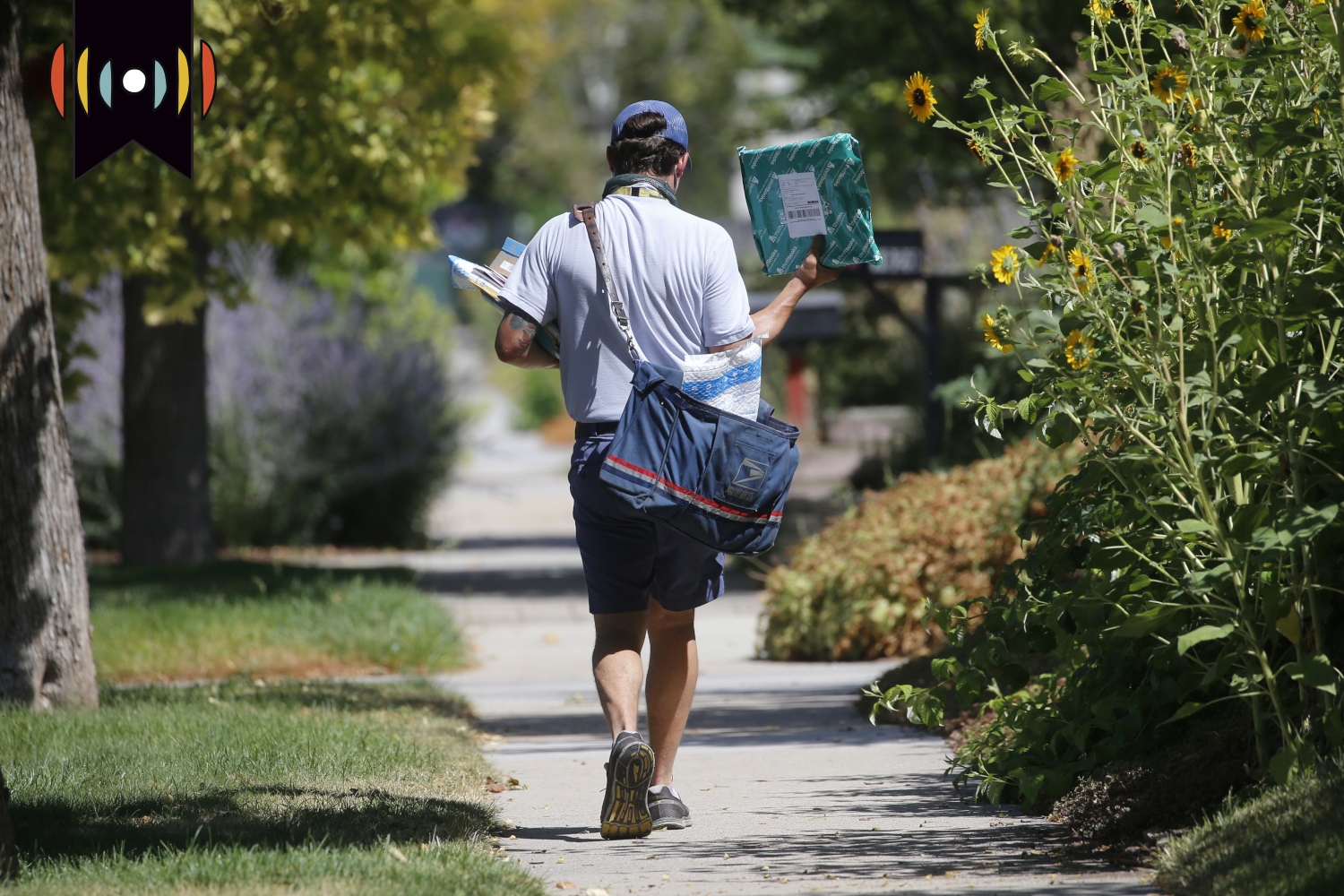 MARY REICHARD, HOST: Today is Thursday, October 28th. Good morning! This is The World and Everything in It from listener-supported WORLD Radio. I’m Mary Reichard.

CAL THOMAS, COMMENTATOR: It’s a metaphor for what is occurring at seemingly all levels of our country and culture. The U.S. Postal Service announced earlier this month it will slow service for first-class mail and periodicals while “temporarily” increasing prices on all “commercial and retail domestic” packages—because of the holidays.

How much of a delay will depend on our ZIP codes, which sounds a little discriminatory. Postmaster General Louis DeJoy displayed a gift for the obvious when he said, “The Postal Service’s problems are serious.” But he’s optimistic he can solve them with a “10-year plan.” That sounds a bit like the old Soviet and Chinese centralized planning systems, which failed.

Part of the problem is the huge amount of money the Postal Service sets aside for pensions and other benefits for postal employees. DeJoy wants to save money by allowing retirees to switch to Medicare. But that’s another program living on borrowed financial time. It’s expected to run out of money in the not-too-distant future.

What a difference a few decades make. I remember receiving letters from my parents as a kid in camp. The mailman promptly delivered them for 3 cents. In the days leading up to Christmas, we received a morning and afternoon delivery. The Post Office, as it was then known, united the nation and opened the world to kids who had “pen pals” in other countries. That was before the internet and Facebook “friends,” most of whom we don’t really know.

Going to the mailbox was a daily adventure. You would raise a red flag on the side of the box to let the mailman know you had something to send. If you peered into the mail car on a train, you would see piles of bags and know they were on the way to their intended destination in a timely fashion. A lot of mail now goes by plane, but DeJoy says air carriers have become unreliable. He wants to rely more on ground services. Why not? It worked for the Pony Express!

The Postal Reorganization Act of 1970 states: “The Postal Service shall … provide prompt, reliable, and efficient services to patrons in all areas and shall render postal services to all communities.”

Then there is the unofficial, but familiar postal service motto: “Neither snow nor rain nor heat nor gloom of night stays these couriers from the swift completion of their appointed rounds.”

The law and the motto will have to be updated to reflect our new reality. Perhaps it’s time to find a replacement for the U.S. Postal Service and let it become a completely private business.

If only we could resurrect the original postmaster, Benjamin Franklin. He created a system that was affordable and fast for his day. Franklin would likely be appalled at what we have today. He might even recommend stamping it out and starting over.